How to Be a Cheater: Why I Said I Never Would & Why I Did. ~ Lindsay Timmington 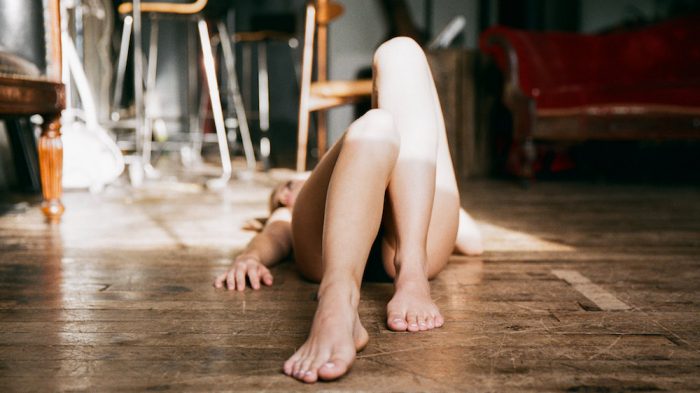 I cheated on my husband.

This happened even though in my family, we were raised to believe in commitment. Particularly when it came to marriage. Barring the three deal-breaking A’s—abuse, adultery & addiction—you stuck it out, no matter what. And until recently I reasoned away the infidelity: we were separated.

He’d been cheating on me for our entire three years of marriage. I was mad. I was hurt. I was drunk. I wanted to see if he was capable of feeling the type of pain he’d forced me to live in for so long. As a yoga practitioner and certified yoga instructor I believe in the yamas—a series of guidelines for ethical living. I believe I’m a good person, kind and loving, generous and loyal. But by sleeping with another man while married I broke all of these rules.

Our marriage was only three months old when I found out about my husband’s affair. When I saw his email account left open on our computer and a bunch of emails from my best friend in his inbox, I couldn’t help it, I clicked one open. A picture popped up. It was her, facing a bathroom mirror, lifting up her shirt to expose a tan, flat belly, holding a sign that said, “I miss you.” In that split second, my life bottomed out. The only thing I knew, the only thing that mattered, the only thing I wanted anymore was to make things right with him.

Two things usually happen upon a revelation of infidelity in a relationship. Either the cheater begs forgiveness or leaves. Neither of those things happened. He didn’t want to stay and he didn’t want to go. So I begged him to work things out with me and he tried, a little. It’s difficult to balance a wife and a girlfriend, I imagine. But for an entire year he continued to date her while married to me. I quickly found out that infidelity can make you crazy. Extreme bouts of paranoia, insecurity, rage, grief, pain and loneliness pressed down on me until I could no longer walk through my day as a normal person. But beneath all that my guttural instinct still screamed, “You love him! You can’t leave!”

Now, what I didn’t hear that voice say, in much quieter tones was, “You’ll never find anyone else. Who else would want you?”

Had I heard that voice, had I really listened, I may have seen that I was so intent on loving him through the cheating that I was cheating on myself.

It wasn’t until he did it again that the facts started to chip away at my resolve to fix my marriage. This time he was cheating on me with a young woman we’d both befriended, taken in as our little sister and welcomed into our broken family. She acted as my support system throughout the first indiscretion and I leaned heavily on her, pouring out every thought and feeling into her open hands as I worked through my grief. I believed if I could trust anyone, it was her.

Yet once again, this nagging feeling in my gut that I’d become accustomed to ignoring kept piping up, “Be careful!  Watch out!” I turned my back, unwilling to believe that anyone could witness the pain of a friend and voluntarily hurt them. Unable to believe that my husband could ever betray me again, after witnessing me collapsed on the bathroom floor, arms wrapped around the toilet, throwing up in the wake of the first betrayal. But he did. Only this time after I found out, he meekly fought for me. Lifted an arm in a half-hearted gesture to stop me from walking out the door, and that was all I needed. I folded myself into him and let his lip service, his apologies born from being exposed, drown out my voice from within that was now screaming, “You stupid fool! When will you learn? Leave him!”

We disintegrated in baby steps.

I moved away, but we stayed married. Some time apart would do us good, we both said. And I was faithful, stood by him through continued lies and broken promises, until my pain was so omnipresent, my rage so terrifying that I wanted to scratch my way out of my skin. Somehow I had to feel okay again. So I cheated—with an old boyfriend. He was someone who’d always loved me, exalted me, made me feel beautiful and smart and funny and talented and all the things I’d stopped believing about myself.

I grabbed for him and held on. I cheated. I couldn’t hide it. Couldn’t lie. When my husband and I saw each other again, I cried and confessed. With a little smirk on his face he said, “I knew it.” I knew it too. I knew it was over. He’d make a mistake in cheating on me instead of leaving. I’d made a mistake in cheating on him instead of leaving. I surprised myself by filing for divorce. He surprised me by begging to begin again.

The hardest thing I’ve ever done was turn my back on the man I fought for and loved fiercely for many years. I knew though, that every moment we stayed together we whittled away our ability to love. We both cheated out of fear—fear of being alone, of losing the love we knew was there, of making a huge mistake and fear of leaving the comfort and routine we had as a couple. Mostly though, we cheated because we were terrified of loving. For him the fear was in loving someone as much as he loved himself. For me, it was in loving myself as much as I loved him. But for both of us, it was all about fear.

For six years we walked the tightrope of love and fear and never found our balance. We fell. And only when we picked ourselves up and walked away—each in our separate directions—did we truly start down the path toward love. (This is the first in a seven day, seven-part elephant love and relationships series with content partner The Good Men Project  on the theme question, Why Do Good People Cheat?)

A recent graduate of the University of Hawaii at Manoa with a Masters degree in acting, Lindsay Timmington is also a writer, director and yoga teacher.  Lindsay believes in the transformative power of truth and strives to tell her own whenever she can. She writes at shattertheshouldbe.com.