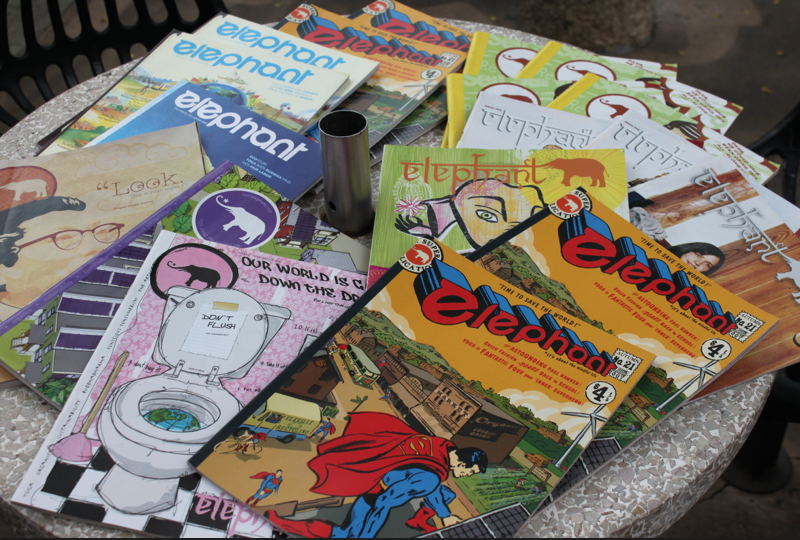 It’s been a few years. We’re bigger. We can reach beyond the choir. We’re 1/4th the size of Huffington Post, but unlike them we’re independent, mission-driven. Jump … in!

Q: “How did Waylon get started with elephant journal?” The speedy nutshell version.

The below question was asked in a recent apprentice meeting. As I don’t like to “lose” words that serve to connect us with our readers, I thought to share it with you. Below is the (mercifully) short version of the genesis and arc, thus far, of Yoga in the Rockies, which died and reincarnated as elephant magazine, which was killed and reincarnated as elephantjournal.com. The conversation was on skype, so some questions and answers are delayed and out of order. ~ ed.

Q: “I am genuinely interested in how Waylon got started with elephant journal.”

A: Well, sit back, grab some coffee, this will take two hours (I love to talk about myself).

I studied journalism, always wanted to write for a living, I loooove to write. Mostly fiction, magazine stuff. I grew up Buddhist, and later became pretty passionate about the environment thanks to this book 50 Simple Things you can do to Save the Planet, something like that. I wound u 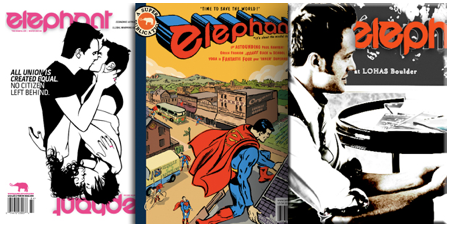 p meeting this guy who was starting a local yoga magazine, black and white, free, and he wanted me to help.

I initially said no–sounded like a lot of work and no money–I said however “I’ll join if I get 50% ownership, I want to build a company so I can have a family some day” and he said yes. I changed the focus from yoga to “what yoga people care about”—yoga, organics, sustainability, conscious consumerism, education, travel, books, adventure, arts, politics, everything.

He dropped out after the first issue, I always said he was smarter than me, he realized we weren’t gonna be making the kind of money he thought we’d be making for a looooong time. So I ate day-old muffins and worked hard and slept on couches and was generally inspired, pitiful. I’d found what I loved and was good at. 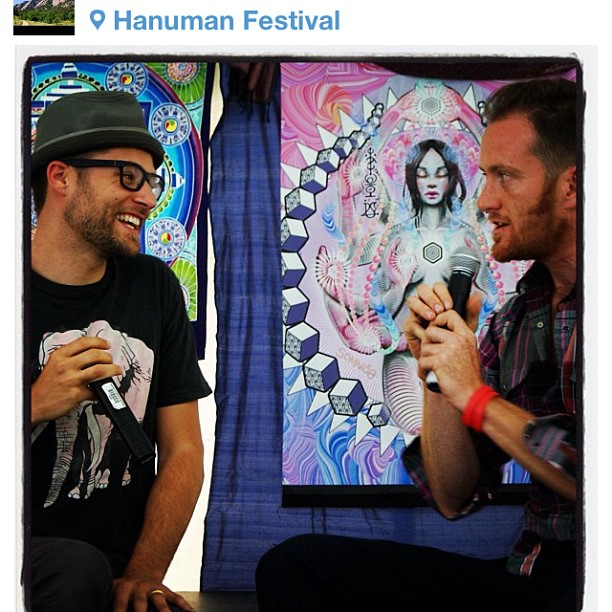 Brianna Bemel, editor:
The magazine initially was called Yoga in the Rockies.

Waylon Lewis:
The magazine grew and we eventually became color, went national, eco paper, everything was great. I bought a house at the peak of the bubble, partially ’cause I knew I could get a silly loan that I shouldn’t get under normal circumstances.

I’d renamed the magazine elephant, of course–didn’t want to be about “yoga,” or the “Rockies”

Kate Bartolotta
We have articles on the site that were originally in the print mag, if anyone’s feeling curious later

Lindsey Block
And we just had our 10 year anniversary so it’s been a long road for Waylon!

Waylon Lewis
then…after four years of growth and everyone including myself thinking this was awesome and we were onto something, I hit my first wall—my first huge mistake–which was that I found out that once a magazine is national, and gets bigger than small magazine distributors (some of whom are eco-minded) can handle, my sell-through rate would drop from 8 or 9 out of 10, to 3 or 4 out of 10.

Thandiwe Ogbonna
What do you mean by sell-through rate?

Waylon Lewis
I’m an environmentalist, so I wasn’t cool with that. So for two years we just improved our design and articles and staff and got a nice office and tried different ways to skirt the whole evil national distribution system. Because I didn’t want to “sell out,” I couldn’t access the kind of money to build my own distribution system, though I tried.

Great question. Any magazine nationally is an eco-disaster, a crime. 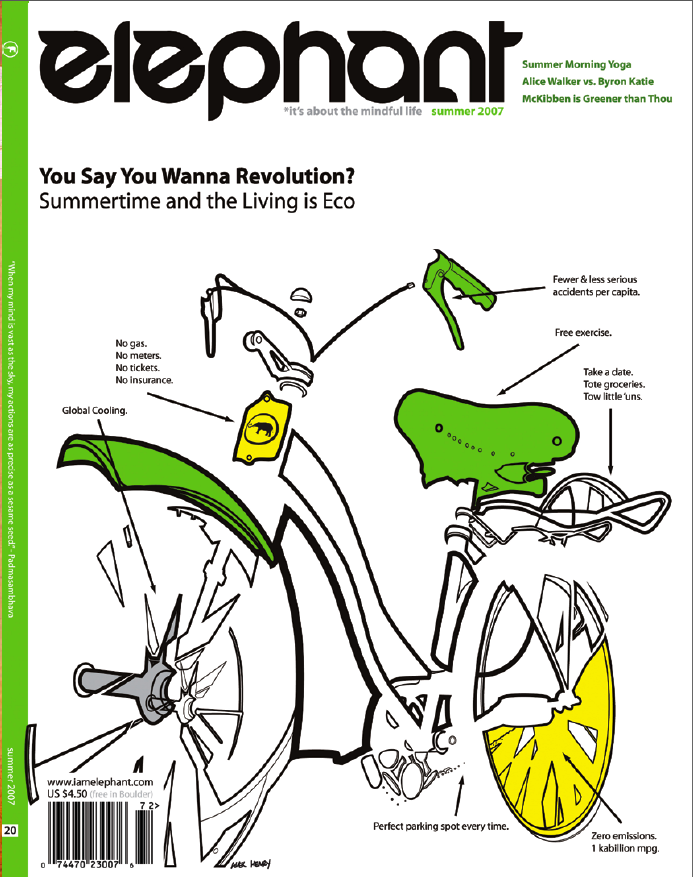 Your average magazine sells only three out of 10 copies.

Dareni Wellman
Wow! I had no idea.

Kate Bartolotta
I would guess it’s even less now, with so many print mags folding due to lack of subscriptions & shifting to eReader versions, etc.

Stephanie Vessely
I didn’t realize that. So I should switch them all to digital.

[not necessarily, but generally it’s best]

Waylon Lewis
We were printed on eco paper, but losing 7 out of 10 copies to the landfill or recycle bin. And recycling is not eco, by any means, when it comes to magazines–the amount of energy one has already put into shipping the magazine, milling it, printing it, reshipping five more times, they’re heavy…then taking apart, pulling the inks out, and reshipping and printing and milling and losing paper quality along the way…short story version but it’s bad.

So I was unwilling to do that. I actually caved and was ready to sign with Barnes & Noble etc and then I said, ah, fuggedaboudit, let’s kill the magazine. So after six years and good money and good product and good advertisers and good buzz we vanished.

I still proudly like to say that we were the only independent magazine I know of to go national in the last 10 years.

On eco paper, no less, which is pricey.

So we went online. I got rid of the office, lost my staff, gave away my car, put my house on the market…it was like a cowboy song “lost my woman, my pickup truck done broke, my doggie ran away…”

Thandiwe Ogbonna
When was that? 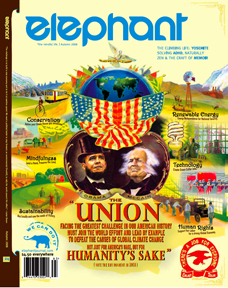 Waylon Lewis
And I sacrificed four years of my eyeballs and life to staring at a laptop, broke, house in foreclosure, but loving the online experience and building that. No advertisers, no readers in the beginning. But we quickly rocked Facebook, before they started changing everything we had a huge following, bigger than Huff Post, won #1 in US twice for #green content on twitter, created the paygate

Kate Bartolotta
Thandiwe: about 4 years ago.

Waylon Lewis
…(bigger FB following, initially, than Huff Post or many others, not traffic–they of course have always been huuuuge, I blogged for them a lot four years back and learned a ton from them, they’ve got a great headstart and Arianna is amazing, but they’d better watch out)

So yes as Lindsey said, we just celebrated our 10 year anniversary this summer in Boulder, hosted by Congressman Polis and many other elephriends.

For the first time ever now we have money, stability, great staff—Lindsey (only surviving staffer from days of old), Kate (amazing writer), Brianna (former intern), Lynn (longtime colleague, star in green blogging world), Bryonie (the new kid)—but we also have tons of challenges, some of which are getting me down right now.

Waylon Lewis
oh and I saved my house

but that’s a story for another time. Next question?

Bonus: so what’s our vision? What’s the point of elephant?

But it’s also of course full of “deception” or self-deception, as Buddhists call it, unnecessary suffering, environmental and political challenges…and we can’t let John Oliver, Jon Stewart, others carry all the weight of offering a sort of mindful, fun, caring media. The vision is basic and simple: to offer a reference point to the world, both on personal and societal levels, of being relevant, accessible, helpful.

Any questions? Beyond this I’ll probably listen for rest of meeting.

Waylon on the history of elephant journal: 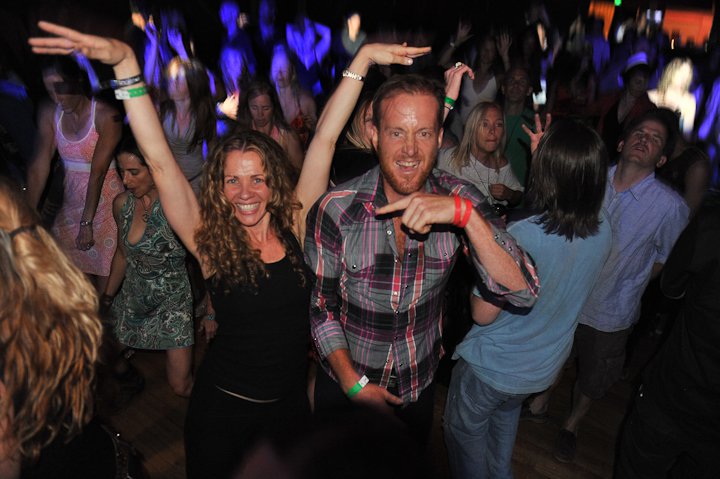 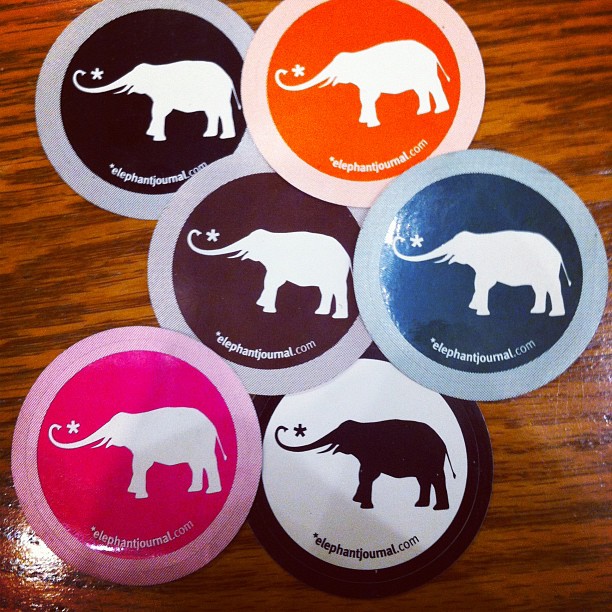 Want to help us get out there? This is the easiest, free-for-your way.

Bonus: why is it named elephant?