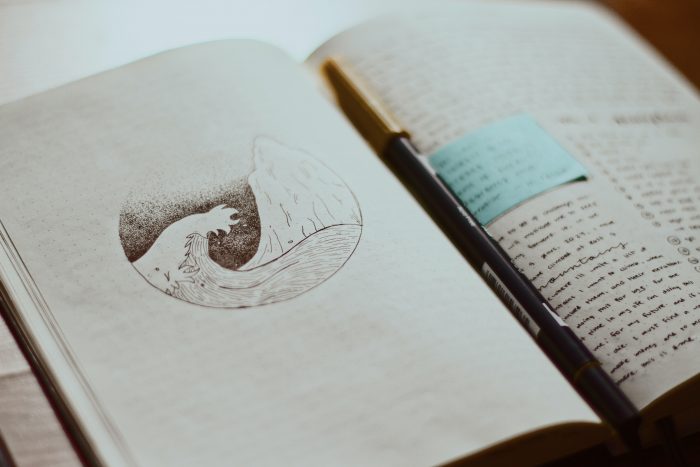 I have one rule when it comes to advice:

Only take it from someone whose end results you’d like to emulate.

I wouldn’t take cooking advice from someone eating processed fast food and I wouldn’t take advice on writing from a writer I don’t like to read—no matter how popular he or she is.

Neil Gaiman is one of my favorite fiction authors. There are certain authors who, although they focus on fiction, have influenced the way I view the world. I remember the first time I read American Gods, being so swept up in it, just immersing myself. And then The Sandman series, Stardust, Fragile Things and Neverwhere… If you want to lose yourself in a book, and find new pieces of yourself by the end of it, pick up something by Neil.

Myth and storytelling are often highly undervalued as tools for making sense of life. I like to think there are two kinds of people where storytelling is concerned: those who read books and are entertained, put them away on the shelf and go on with their day, and those of us for whom each story shapes and changes the way we see the world, the way we pursue our dreams—the way we live.

We aren’t fighting actual dragons; we aren’t defending our castles or rescuing maidens trapped in towers, but we learn from all of it. We take them all in and they change the way we see things, the way we fight our own battles.

“We who make stories know that we tell lies for a living. But they are good lies that say true things, and we owe it to our readers to build them as best we can. Because somewhere out there is someone who needs that story. Someone who will grow up with a different landscape, who without that story will be a different person. And who with that story may have hope, or wisdom, or kindness, or comfort. And that is why we write.” ~ Neil Gaiman, The Graveyard Book

So, yes, Neil Gaiman is a writer whose advice on writing I’d definitely seek out. Inspired by the 10 rules for writing Elmore Leonard wrote for The New York Times, The Guardian decided to reach out and as a few other writers to share their expertise.

Here is what Neil had to say:

2. Put one word after another. Find the right word, put it down.

3. Finish what you’re writing. Whatever you have to do to finish it, finish it.

4. Put it aside. Read it pretending you’ve never read it before. Show it to friends whose opinion you respect and who like the kind of thing that this is.

6. Fix it. Remember that, sooner or later, before it ever reaches perfection, you will have to let it go and move on and start to write the next thing. Perfection is like chasing the horizon. Keep moving.

7. Laugh at your own jokes.

8. The main rule of writing is that if you do it with enough assurance and confidence, you’re allowed to do whatever you like. (That may be a rule for life as well as for writing. But it’s definitely true for writing.) So write your story as it needs to be written. Write it ­honestly, and tell it as best you can. I’m not sure that there are any other rules. Not ones that matter.

Writing is one of those things that some people do because they have something they’d like to say, and other people do because they have something they absolutely must say. Some days are just putting words on paper and building that habit, building those muscles. Other days, the days where you leave everything else aside and scale the castle walls with your bare hands to get a better shot at that dragon and bring it to the ground—those are the good writing days.

“Writing is flying in dreams. When you remember. When you can. When it works. It’s that easy.”