3 Ways to “Win” an Argument with Your Husband.

Hint: It’s not what you think.

The impulse was to throw the TV remote at his head and tell him what a total asshole he was by watching hockey and cutting me off with six simple words: “I don’t want to fight, Shasta.”

These I interpreted as “I don’t want to be present to you so please go away. You are interrupting something actually important here.” So I did go away. I grabbed my purse, marched down the hall and slammed the door as I stomped into the driveway and backed my car out so fast my neighbors would think I was on a get away mission. And I guess I was.

We argue rarely so maybe that is partly why it seems awful when we do.

This time we weren’t really arguing as much as having a moment when we were both triggered or in “script.” The details of it I will not bore you with, but needless to say it was a moment when my husband and I were interpreting an event through the narrative of our own old story. And of course each of our individual old stories began to push against the other person’s. Those old worries, wounds and wants, often in place since or because of childhood were just getting ramped up by the other person’s worries, wounds and wants. So it was best to leave.

We all have stuff to some degree, and our lover can be a great tool to help expose, heal and release that stuff as long as we are willing to take responsibility for what arises. For example, I know I have a trigger around being ignored and I like to resolve conflict sooner than later. When my husband says, “I don’t want to fight” and goes back to watching hockey, all that stuff arises in me. But I also know my husband needs time to cool down, to be with things and to reflect on how he wants to respond. Though in the moment it drives me a little crazy, I know leaving him alone is the best action on my part, even if I don’t always leave it be in a graceful manner.

So how do you “win” an argument with your husband if he won’t even talk to you?

The next day after we had time to chill out and have some perspective, we did talk and a deeper level of trust, intimacy and connection came out of it. Arguments can either destroy your relationship or be the contrast that helps you gain clarity through kindness, compassion and allowing. Winning an argument therefore can mean you both move forward together feeling stronger, more loved and more understood.

The old paradigm of “winning” by triumphing over another is clearly not working and not conducive to a long-term loving, collaborative and supportive relationship. It is a great way to create bitterness, resentment and tension. So the new powerful model of “winning” an argument and therefore creating a winning relationship is:

Yes, it feels good to feel right. There was a part of me that wanted to tell my husband what a jerk he was and feel right about my view or actions. Perhaps it is that part that seeks vindication or even vengeance but I know that part is a voice of pain. Rather than feed that voice I chose to let it be and be happy rather than right. This means I had to not look for ways to make him wrong. I allow him his actions, views and response knowing that all is right and then I had to look for love.

2. Look for love, diffuse the anger.

It is simple but powerful. When you are angry with someone, all you can see are the things you don’t like and you keep rehashing all the stupid things he said to confirm in your mind that he is an asshole. If you want to actually be with this asshole, then you can allow the anger but seek the love. For me, I take a deep breath and call on the feeling of appreciation. I look for something to remember about him and our life that I love. Remember all the times he brings you flowers. Remember how you love the look in his eyes when he smiles. Remember how wonderful it is to feel his arms around you. Remember that he is a man who probably is trying his best and who loves you when you are an asshole too.

3. Be the powerful feminine.

Let’s just admit it—there is a voice of rage that can arise in women when we are confronted by strong masculine energy. It is the voice of millions of women who have been abused, killed or denied over the millennia and it is our own voice of victimhood as women. I notice in myself that when I have an argument with my husband there is a voice that says, “You can’t talk to me this way. Who the f—k do you think you are? No man is allowed to say that to me.” I know where this comes from and I know at one level it has helped me in my life but I also know my husband does not want to hurt me and in fact is one of the biggest feminists on the planet. I also know the time of love and holism is here and that means as a woman I can allow strong masculine energy but also be strong feminine energy. Strong feminine energy is fierce love, deep compassion and the revelation of truth.

What does that look like? I saw my husband as this beautiful man whom I loved deeply, with his own story of pain playing out in some unconscious way just as mine was. I loved him fiercely in spite of it and because of it. I looked into his eyes and reflected compassion and empathy rather than judgment or resentment.  I revealed to him clearly and lovingly what I was asking for and what I was willing to take responsibility for, which opened up the door for him to do the same. Within 10 minutes our night-long argument was complete and we both came away with a greater understanding of the other person and a feeling of renewed love.

Source: Uploaded by Gailor Wallis & Hunt via Caroline on Pinterest 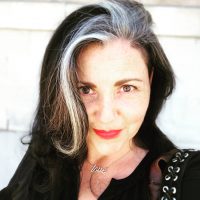 Shasta Townsend is an acclaimed writer, teacher, mentor and innovator. In addition to being a sought-after leader in the realm of intimacy, income, and luxury, she is a living… Read full bio