What to Expect When You’re Expecting a Teenager. 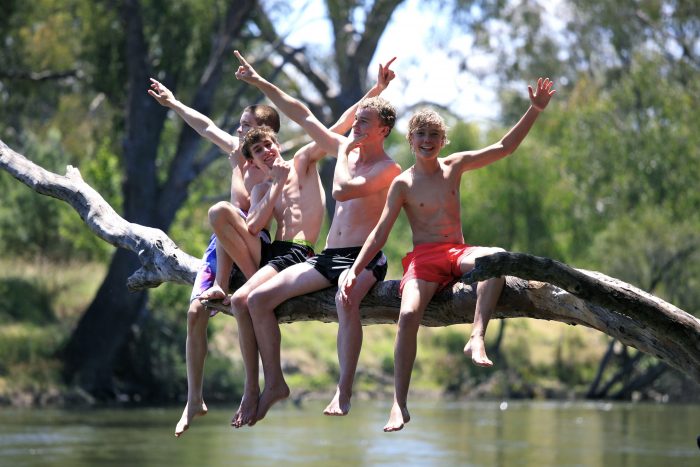 Floundering. That’s how I would describe myself as a parent of a teenager.

When I was pregnant with my first son, I was inundated with parenting advice for new moms. There were countless magazines and books. Everyone had wisdom to offer and there were so many right ways to raise a child. Because I was a 19-year-old single mother, the amount and urgency of the information I received was amplified.

When my son was born and right up until he was about five, there was still so much information thrown at you: dealing with picky eaters, potty training and surviving kindergarten.

It seemed easy enough, so I had a second one.

My children grew and their interests changed but they were just bigger, stinkier boys and it wasn’t complicated. I learned to identify strep throat on sight and I learned how dirty ears could really get if you forgot to clean them. The various avenues of advice and wisdom faded away. I was completely unaware of how woefully unprepared I was.

Suddenly, I was a parent of a teenager.

My first son turned 13 in November and there was no advice to be had. In fact, it seemed like all the advice givers had gone into hiding at the sound of his first voice crack. Seriously, give this a test: Google search “advice for new parents” and “advice for parents of teenagers.” How many search results appear for each? Bingo. And how much of that information (not just from Google, but even from our own parents) is relevant today? A lot has changed. Advice evolves. Cigarettes were once prescribed by doctors and spanking was encouraged.

No one warned me it was going to be heart-wrenching and scary.

Sure, raising a child is easy enough, but there are a number of things I wish I had been told before the teen years hit so that I could prepare myself.

How not to pry into your teen’s blossoming social life, but still know enough to keep them out of dangerous situations.

Your teenager will hate you because they won’t understand until much later in life why you do the things you do. Explaining yourself is a futile endeavor.

Teenagers are actually a lot more expensive to care for than babies.

Your child will morph into something resembling an adult, but you can’t expect her to act like an adult would.

How to survive your teen’s first heartbreak.

You have to talk about sex and discuss appropriate sexual behavior, and…

Despite the talks, the digital age means there’s a still good chance you’ll catch your kid sending a nudie on her cell phone.

Then you’ll worry that your kid will grow up to be a violent, deranged, sexual predator even though you think you raised him well.

Many teens (if not all) will have self esteem issues and will want your praise more than ever before. They’ll try to give the impression they don’t care what you think but will be grasping for signs that you approve nonetheless.

You’ll have a light bulb moment where you realize your own parents actually knew things and your kids won’t grasp that you were once a teen too until they’re your age.

Teachers become your peers and sometimes you have to ask questions and stick up for your kid because teachers are no more infallible than you are.

You have every right to put monitoring software on their computers and to look through their phones, no matter what they say, and privacy be damned. Don’t get lazy and complacent! (Remember to pick your battles. Learning about your child’s drug use and dealing with it is important. Petty day to day teenager drama isn’t.)

At some point you stop getting notes home about talking in class and you start offering advice on how to deal with a friend that cuts.

Teens want to be independent until it involves cleaning anything.

Teens are more sensitive and fragile than their past eight year old selves and their future 20 year old selves. A comment about an unfortunately placed pimple will haunt them more than you think.

Your teenager will teach you valuable lessons that can’t be learned anywhere or by anyone else. Prepare to be amazed.

My son has been 13-years-old for only six months and this is just a small portion of what I wish I had been told. What about serious girlfriends? Drugs and alcohol? Driving? Difficult friendships? Actual sex?

Parents: raising a teen is hard.

How can you prepare yourself? Get familiar with today’s popular trends and issues for that age group. Some things never change, but how they’re dealt with do—like bullying. It was once widely accepted as just a part of growing up with your peers, but not anymore. Don’t just learn how to deal with your child as a potential victim though. It’s equally as hard to parent someone who’s been doing the bullying.

Use each hard moment as a teaching experience rather than an opportunity to dole out consequences. Honestly, consequences just stop working. They will make your child miserable for a while but they don’t really learn anything.

What changes behavior is open dialogue and what makes the biggest impact is simply listening to what your teen has to say. You’ll be surprised at how often your perspective will change. The kids we’re raising are becoming, as a whole, kinder and more intelligent. Is it perhaps time that the parents learn a thing or two from the teenagers?

Parenting a teenager is a difficult, confusing task. You don’t know the answers and you won’t know if you’ve done a good job until it’s too late. There will be many terrifying moments.

You’ll worry less about clean laundry and more about a clean world for your kid to thrive in.

You’ll do the best you can and just hope that these mini versions of yourselves will become good, happy people.

Most importantly, you’ll come to the realization that at some point, you have to let go and it will be up to your teen himself to decide who he becomes.