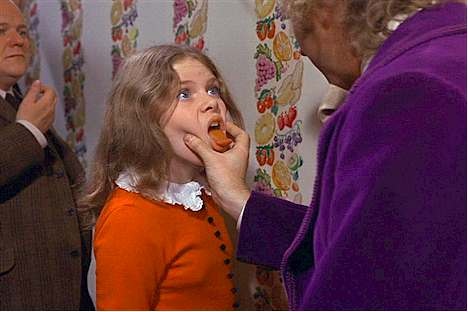 There is a fine line between having your preferences, sometimes being a real spoiled yogi(ni) and where the teacher steps in.

On a given day, has a yoga class ever not been exactly what you were expecting and you actually rolled up your sticky mat and left the room in disgust, angry at the teacher? But just yesterday you were nodding your head about the importance of being present and the Buddhist teachings of emptying your cup? Chances are you are the same person who gets angry when the teacher does not tell the annoying woman in the row in front of you to stop checking her iPhone? You are the one thinking, “Where is the teacher, why is she not teaching this woman about yoga etiquette?” balking inwardly, often outwardly with a look of disdain.

Yet, just yesterday, you left mid-way when the instructor started teaching in a style you didn’t like. “I’m outta here, this is not what I want.”

We all have our preferences even though yoga says we should not be attached to those likes and dislikes. That is okay; it is a difficult practice in itself, a practice in detachment. But let’s call a kettle black here—there is a fine line between having your preferences and to sometimes being a real spoiled yoga brat.

Yogi(ni)s everywhere are seeking salvation from their egoic selves.

As much as we hear it is an inside job from Pantajali’s ancient teachings, some days we still believe a yoga instructor and the perfect class will save us from all our problems. Yet when things don’t go according to plan—the class is not how we imagined it would be for us—the teachings go out the window. Without realizing it we become just as selfish as the woman who came in late or the grunting man. The day we had hoped for—the day of Salvation—was not perfect.

So you storm out. I can’t take this anymore. You blame the teacher, and maybe you even let management know because you know yoga.

You know yoga because you studied with Rodney Yee at Kripalu one weekend, because you have visited Tulum and you have a Manduka mat. Ask Rodney if he would agree with you storming out?

As yoga has matured so rapidly in the West, the role of the teacher has greatly diminished; it really isn’t surprising as it has also become a part of the fitness and therapy industry—in a sense. People take, take, take.

Yoga was initially a respected practice, one that was honored, revered and not a fitness routine or a therapy. The teacher was there to guide you, but s/he also held up the mirror to you. In a Zen tradition, the teacher would sneak up behind his meditating disciples and whack them with a stick. He did so to make sure they were being present, teaching them to wake up. His intention was that of tough love, not masochism.

Any great teacher will push you out of your comfort zone, challenge you. How will you grow otherwise? They are the ones who provide some narcissistic injury, a boo boo, to your ego. Let’s be reminded of what the guru mantra reminds us: teachers come in all shapes and forms. The teacher is everywhere; it is up to us to see it.

The teacher will arrive when the student is ready.

It’s not that the man in the orange robe from India will appear at your doorstep, but you will keep doing the same things over and over—until one day when you are ready, the teacher will appear—in the form of another relationship gone wrong, or some creative block you hadn’t seen or some fear stopping you from going for what you want. The teacher has always been there, you just weren’t ready to see it. Until that point, you will probably find something outside of yourself to blame. How quickly we forget yoga is an inside job.

Which leads me to…

A not-so-uncommon story of a NYC yogi(ni):

One day, a woman who I had never seen before took the Wednesday 9am class. She carried an energy that communicated distrust right off the bat. There was an air of arrogance which comes from being an ‘intermediate’ type student—intermediate having absolutely nothing to do with her ability to execute asanas.

The beginner and advanced student know they know nothing, it’s the intermediate student who thinks they know something.

At the end of class, I played a segment from Carolyn Myss’ audio book, Sacred Contracts. We all have certain ‘contracts’ on a soul level with people; contracts wherein we all come in to one another’s lives for a ‘reason, season or a lifetime.’ It is what yoga has been teaching for centuries. The woman who was a hater from the beginning, my hunch being accurate, got up in the middle of Savasana releasing a loud sigh while stomping across the room to put her blocks away and shaking her head in absolute disgust. “How dare she play an audio book!”

She completely disrupted the other students in the room.

The sign which gave away her disapproval was her placing her hands over her ears during the short time she was actually in Savasana. I am also aware listening to a recording during Savasana is not everyone’s cup of tea. However, I was only playing a short two minute segment and did not come out that day to please this particular woman. Rather than sticking it out and maybe then deciding not to take my class in the future, she decided to disturb the entire class’ rest time because of her preferences and her idea of how the class should go.

On her way out, we exchanged a few words.

I called her selfish and rude.

She complained saying I was rude and hurtful.

My regular students from over a decade would never do that even if they thought so. Some could argue the point that perhaps she was having a bad day. I get that. Maybe I could have looked at her and said, “She must be suffering inside, has too much ego, and I will just let her go on her way,” taking a Path of Least Resistance. Maybe to someone else or on a different day it would have been the right approach, but on this day, I could not allow the brat to get away with it so easily.

Where is my role in this as a teacher if I don’t say something?

Note: She is probably the same student who would get angry with me for not ‘teaching’ the cell phone user or the latecomer. However, I would most definitely teach to those people as well. In my lifetime of practicing under some of the greatest teachers from various disciplines (ballet teachers having been the most demanding), teachers have called me out on my stuff: selfish, rude, lazy, not-listening, you name it. They were the best. My ego has been hurt many times, and it made me stronger and wiser.

After I got over the initial bruise to my ego, I could realize truth in what was being pointed out to me.

We use our yoga as therapy and expect our teachers to only say inspiring and nice things, but then when they are a little more vocal in certain moments, a little brazen, they become rude and hurtful. This woman and I, funny as it may seem, had a Sacred Contract. She probably is still hating, but on my end, she taught me with her behavior to remember to be an empty cup when there is something that is against my personal preferences. 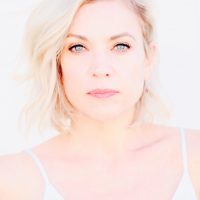 April Martucci is a native New Yorker surviving in Los Angeles. For 15 years, she was the founder and director FireDragonYoga in NYC, which got her recognition like ‘Bes… Read full bio