Anger Is Ruining Your (Sex) Life—Why Understanding Is Essential for Great Connection.

Recently, I wrote about my aha into why we really don’t make time for sex based on beliefs about life and sex that keep us limited:

“Have Your Cake! Breaking Beliefs About Sex (and Life) that Keep Us Hungry, Unhappy, Unworthy & Alone.”

If you aren’t having great sex with your lover, then ask yourself what you (or them) are pissed off about?

Recently, I had a great reminder about resentment and how nasty it really does make us.

Friends of friends came to dinner. It was one of those dinners with all couples that either go really well or really uncomfortably. This one was the latter and I ended up drinking too much wine just to keep from telling them to shut the hell up and be nice to each other.

It started out just fine. Friends were asking about my writing, which, as you know, is about relationships and sex. Friend of a friend girl, let’s call her Mary, says about friend of friend partner, let’s call Bob, “Bob does not know anything about sex. To him foreplay is turning off the TV. I could write a book on sex, but it would be blank.”

To which Bob replies, “It is hard to have sex with someone who bitches all day. I would rather spend time with my dog. At least he doesn’t complain about everything.”

To which I said, “I think I need more wine.”

And the evening continued down hill from there until I was so drunk I ended up taking my hula hoop into the backyard by myself. I can tolerate drunkenness but not meanness.

We have all been at a party like this with that couple. The couple that is just so angry at each other, they spit fire. The couple that airs all the dirty laundry, belittles each other, is caustic, sarcastic and just plain mean. The anger, resentment and misunderstanding have become callused. They make others squirm by the very toxicity of their relationship.

To be fair, it can be an easy trip to get there too if we aren’t aware of the petty things and misunderstandings that get swept under the rug in our relationships. Before we know it, we are living with the Rocky Mountains of anger but don’t even know why. The last thing we want is sex with the person who infuriates us. One of my spiritual teachers used to say, “It’s hard to fuck a cactus.”

Speaking of cactus, a few years ago, my husband Ian and I were arguing about my car. To me, it was a totally stupid and inane argument. He argued that I did not clean my car enough. Though he may have been correct, I thought he was being a complete jerk and just finding things to bitch about. I was busy and really did not care that much about a shiny car. Did he not understand that I spent hours doing other things that were important to me and to the world? Why could he not see that?

I felt picked on and bullied. I was angry and resentful so, like the mature, spiritually aware and highly evolved woman I am, I cleaned my car even less. He, of course, felt unheard and unseen. His requests were blatantly ignored.

This was just a small thing. We did not argue about it daily. We did not have screaming matches. We still loved each other. We just irritated the hell out of each other on this one thing.  It was a sore spot. But if you lick a sore spot long enough, it turns into festering gangrene.

Then an interesting and unexpected thing happened. We had signed up to participate in a couple’s weekend with Kate and Joel Feldman as a means to connect and get away. Unlike the vast majority of couples at the retreat who did not want to be there or talk to each other, we did. We did not have anything we wanted to work out, or so we thought. The car animosity was not even in our consciousness as an issue.

One of the practices that weekend was to share something small our partner does that irritates us. Ian chose the car and my negligence, of course.

As Joel asked Ian what he feared most about me not taking care of the car, an amazing insight came forward.

What? Hold the phone.

My mind was reeling. I was prepared for a blast and instead came deep vulnerability.

“How do you feel about that?” said Joel.

“What does that fear tell you to do?”

“It tells me I need to get control of this and make this go away. I know it is totally stupid and just a car, but beneath it is my fear this won’t work out.”

As aware, awake and conscious as I thought I was, it had never occurred to me ask Ian what he was feeling about the car or what the clean car was actually about for him. I never thought to understand his requests. I assumed from my own place of pain that he was just being an asshole.

That weekend I learned the power of understanding. I am not suggesting that by understanding we should let our partners off the hook for their bad behavior. Ian needed to understand himself too and adjust his behavior, which he has since done, but understanding his perspective gave me incredible insight and compassion. This really was not about me at all. He was not trying to be an asshole. He was scared. Understanding his deepest fears gave me the capacity to forgive and let go of my resentment as well as create a space for him.

Our relationship did change. We now try to understand ourselves and each other more. We ask, “What is this really about?”

I even clean my car once a week. Not because he was scared or a bully about it, but because I love him and want to demonstrate it. If that means cleaning the car because symbolically that is important to him, then I will clean my car. I still don’t have the exact same values as him, but I understand better where he is coming from and am willing to honor some of his requests—just like he now puts dishes in the dishwasher rather than on the counter above it. For me, symbolically, that meant he cared about our home.

As Rumi said, “ If you are afraid of every rub, how will you be polished?”

I have been so angry with my husband I was speaking in tongues and was so frustrated I could have set his clothes on fire, but learning to understand and forgive is what has created a relationship where we can continue to grow, love and connect.

This is not new-age nonsense. Understanding and forgiveness is required if you want to create a great connection and have great sex with your lover again. Anger and resentment are not aphrodisiacs but are a great way to kill a dinner party. It’s hard to hug a cactus, never mind have sex with one!

“What am I angry/resentful/irritated at my lover about?”

“Is there anything beneath that anger/resentment/irritation?”

“What are those feelings really about?”

“Is there anything I can understand about myself or my lover that could ease this?”

“What do I do that angers/irritates/frustrates my lover?”

“What are those feelings really about?”

“Is there anything I can understand about myself or my lover that could ease this?” 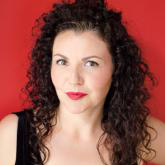