Supportive Mother or Enabler? Signs to Watch Out for in a Mama’s Boy. 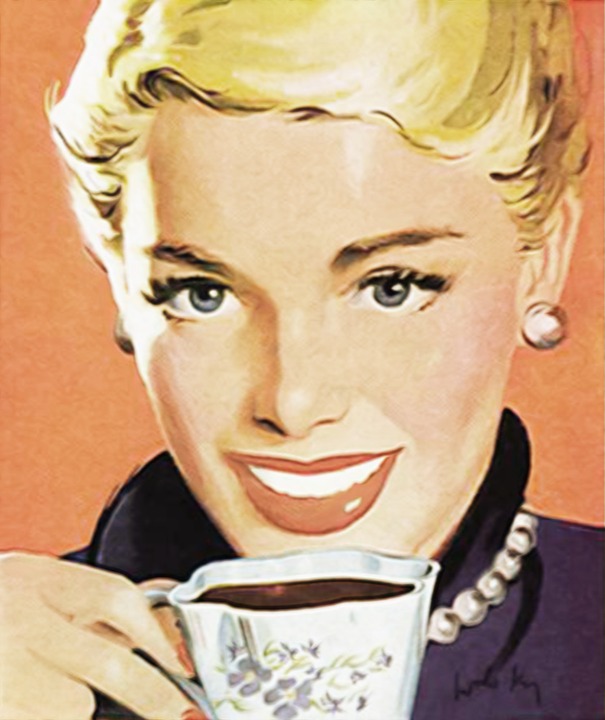 As a young girl growing up in the south, I often heard that there was no deeper bond than that between a boy and his mama.

There’s a lot of truth to that.

Back in my single years, I took it as a good sign if the man I was involved with had a good relationship with his mother. However, like many things in life, it is possible for a mother (or a father for that matter) to be too supportive and actually be an enabler.

I see this a lot in the men whom I dub as suffering from the “Peter Pan Syndrome” where they cannot and will not grow up or ever take responsibility for their actions. In most cases, these questionable behaviors are overwhelmingly supported by their mothers.

The first example could be filed under so-messed-up-that-no-one-could-possibly-be-making-this-up.

A close friend of my mother’s learned that her 40-something year old husband had a disturbing habit of befriending under-aged boys online to lure them into meeting for sex.

She discovered this following an FBI sting in which he was arrested.

The mother-in-law likened her son’s desire to have sex with young boys to that of smoking, saying that while it was bad, it wasn’t that bad. To the best of my knowledge, this man has lived with his mother ever since the divorce, while she presumably is still telling him he did nothing wrong.

In a less dramatic but nonetheless disturbing example, I know a man who met a woman on a business trip, decided she was the one, and quit his job and life on the east coast to be with her.

Not surprisingly, his wife, with whom he had two young kids, did not think this was such a fab idea. When she demanded that he pay child support and alimony, she was told by his angry mother that she wanted to “destroy” her son.

While obviously neither of these mothers were responsible for their sons’ behavior, there is little doubt that their enabling did not help and was especially painful to the people hurt by their sons’ actions.

Therefore, before you get involved with a man, check for any warning signs that his mother crossed the supportive line and is in fact acting as an enabler. (Please note that while I have used mothers and sons as examples here, I understand this can apply to anyone: fathers and daughters, fathers and sons, etc.)

1. She treats her son as a confidant rather than a son.

This can be a tough one to spot because it can often just look like a close, supportive parent-child relationship.

In general, I think it’s great to be open with one’s children. However, there is such a thing as TMI. One thing I noticed in my dealings with men who had enabling mommas is that more often than not, the mothers were in unhappy marriages.

One man whom I dated in college had parents who were going through a divorce and his mother shared all the problems in that marriage with him. She even went so far as to tell him that his father had given her an STD after having sex with a number of women he met on a business conference. Yikes!

While she maintained she just wanted him to “know the truth,” I thought it was too much to tell a kid who was still in his teens. Needless to say, the young man had a strained to non-existent relationship with his father who accused his wife of turning the teenager against him.

While this man may have been guilty of all things that he was accused of, an argument can be made that it was not up to his mother to tell him this stuff. In my experience at least, a person’s bad traits eventually do come out. It probably would have been better for all of them had the son learned about these failings as an adult, when he had the maturity and resources to process them.

2. She trashes his ex-girlfriends or wives.

We’ve all met some people who deserve harsh criticism. However, I have yet to meet someone where it can honestly be said that all the blame for all their failed relationships falls squarely at their former partners’ feet.

“She was never good enough for him!” or “She never understood him!”

In some cases, there may be one person she claimed to have liked, but usually, he will have been out of contact with that person for several years and/or she will no longer be available. It’s possible that Mom didn’t think that woman was good enough at the time either and only claims this knowing that she is no longer a threat.

3. Nothing is ever his fault.

As a parent, I can honestly say I love my child unconditionally and that even if she grew up to be a serial killer, I would probably still love her with all my heart.

With that said, even parents in those situations usually acknowledge that their child’s behavior was wrong and unacceptable. An enabler cannot do this. Instead, their son always had his reasons or motives for doing so—those around him be damned.

It goes hand-in-hand with the idea that it was always his ex-partners’ fault that this previous relationships failed. In her eyes, he is blameless.

4. He is always the best and/or right about everything.

I have yet to meet a parent who doesn’t brag too much about their kid at times, but a woman who is constantly going on about how perfect her adult son is just doesn’t jive well. (Likewise, many men with enabling mothers will often put their mothers on pedestals and claim they are “perfect”, too.)

The truth is, no one is perfect and even loving mothers can see their kids’ flaws. Even if you are in the first flush of love and think he is perfect so far, remember that there will come a day when that will that fade.

A mother who thinks her son is perfect is never going to be able to see your side of things even when you present all the evidence in the world he acted less-than-perfect.

If you happen to be involved with someone like I described, then realize that you aren’t going to be able to change him.

It’s been said a million times, but it is true: a person can only change for themselves. Oftentimes, people decide to change when they hit rock bottom, but that might never come if a parent is constantly bailing them out and/or telling them their behavior is fine and everything else is the fault of someone else.

Also, if you happen to be like the sort of parent I describe, then perhaps pause and see if you are really helping or actually harming your child. Good parenting sometimes means doling out the tough love and having the courage to say, “You’re wrong.”

While this is often a lot easier said than done, it may actually help your child in the long-run.