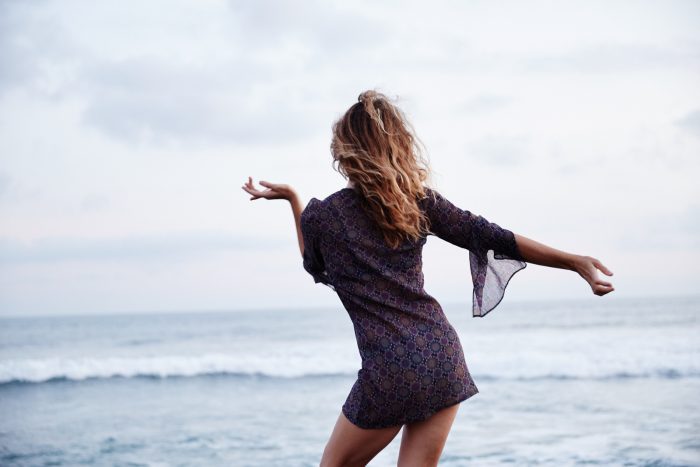 You just woke up with a cockroach sitting on your face.

You are living in an apartment that is a former tenement house and was probably in better condition when it was inhabited by poverty stricken immigrants. Your roommate is some random dude you met through a friend of a friend who either disappears for days at a time or falls asleep for days at a time. You don’t know this, but he is struggling with heroin addiction.

(You also don’t know this, but he’ll beat this addiction and go on to have a job and a family he loves.)

It’s the East Village, New York, 1992. You moved here because you want to be a writer, but you’re discovering that just surviving in this city is a full-time job.

You are a waitress serving big steaks to men with big corporate accounts, and though you work with a lot of nice people, you are lonely. You are afraid you’ll be a waitress for the rest of your life because your B.A. didn’t really train you to do anything else.

You can write a good term paper, but that’s about it.

You spend your free time at the $2 movie theatre, at the diner reading The Village Voice and rollerblading the city streets from end to end.

You’re just putting one foot in front of the other, with no idea where you are going.

By the time you’re 25, three years after you moved to New York, you’ve begun to feel a little bit better about things. Through a series of minor miracles, you’ve managed to find an apartment you love and though you are still working at the same restaurant, you now find time to write every day. Your writing is going nowhere, and you don’t know how to change that, but at least you are doing it and that’s good.

You’ve also been able to make enough money to travel around Italy and Germany, a fact you are proud of. Though you’ll admit you’re still basically spinning your wheels, at least you’re doing it with a bit more style these days.

Right around this time you meet a guy. I want to warn you: he is not a good guy.

He’ll tell you he loves you—he is lying.

He’ll tell you you need to change and you will change. You’ll change from a naive, sort-of-happy young woman into someone you can’t recognize.

He will show you how to do your first line of coke. He’ll say that it’s only dangerous the first time, because you might die from a heart attack, but that after that, it’s perfectly safe. This “innocuous” drug will be the driving force behind many shameful decisions.

In order to do it, you will lie to your friends and family, lose your job, lose your apartment and live on the streets; specifically the rooftops of apartment buildings you used to call home (and so still have the key to the front door), the dock by the Intrepid down on the Hudson River, your drug dealer’s place and Penn Station.

You will burn so many bridges that you end up running away to Chicago. You won’t be smart enough to go alone.

You’ll let the guy come with you.

Panicked by the idea of being homeless again, and unwilling to give up the drugs or the guy, you will become a dancer. It’s an unimaginable move for a girl like you; let’s face it, you’re kind of a prude. But you will buy an outfit to audition in at a store in Boyz Town, where the cashier is in drag, you will take two trains to the nearest strip club and you will force yourself not to vomit from fear as you walk onto stage to take off your clothes for money.

You will dance for two years. You get good at it. You make more money just sitting and talking to guys than taking off your top. You realize the other dancers are good girls. They try not to say anything about how bad you look when you come in to work after a bender. They are polite when your guy comes to the club, takes the money you’ve made so far and then spends it on other dancers.

You don’t know that this is where the seeds of positive change will finally take root.

When you meet a new guy, who tells you he loves you, it is in the club. You don’t take him seriously because all the guys there tell you they love you. You don’t understand that he means it. When you find out he is divorced with full custody of five kids, you will try to cross him off your list. You’ve already had enough problems—but you can’t ignore your feelings.

You love him, too.

You don’t know this guy will help you. He will buttress your messed up credit by co-signing a lease so you can get away from the other guy. He will lend you a couch and buy you paper towels and plastic forks to get you started in your new place. He will worry that this apartment is under the El tracks and that it’s too loud and you won’t get any sleep.

He will support your decision to quit dancing—he will tell you to quit doing drugs too, and you do, because you know he’ll leave you if you don’t.

He will ask you to marry him and you will say yes.

You will move in with him and his rambunctious children, taking on the most difficult task you’ve ever known–helping to care for them. But life is good. You are safe. You learn to cook. You start writing again. You write down all the bad things that happened to you.

You think everything will always be okay now.

Then your stepson takes his life; he hangs himself in the basement in the middle of the day. The family crumbles. We fight to hang onto each other. Somehow, we do.

You will never wake up with a cockroach on your face again. You will never live in New York, or be a dancer, or be naive, or be famous, or snort coke in a public phone booth or see your step son again.

You will also never see your ex-boyfriend again, because he dies from an overdose of the drug he always said was harmless.

Just keep putting one foot in front of the other. I believe in you.

What a beauty. “102 year old gets to see herself dance for the first time.”

102 year old gets to see herself dance for the first time. from r/aww