How to Love a Strong & Complicated Woman. 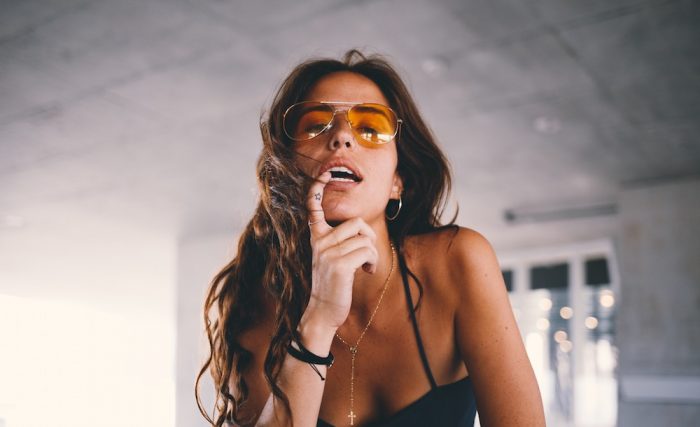 She knows her worth and value and she demands that her lover does too. (Lesson one.) You know, let’s just cut to the chase and dive in.

How to love a strong and complicated woman.

Because she will probably want to pull the blankets up over her head from time-to-time; closing herself—and her thoughts—off from the world—and the world includes you.

She’ll want you to know how she feels, of course, but she won’t always feel up to telling you. This will make your relationship challenging for both of you, because open communication is necessary for two people to properly understand one another without, well, misunderstandings.

So please talk to her about your own feelings and thoughts—your sharing will encourage hers.

Also, don’t be afraid to ask her questions, but do try being gentle rather than probing. (She says thank you in advance.)

And let’s get this out into the open right away: Complicated women who pretend that they are not complicated are a challenge.

You have your work cut out for you.

Don’t get me wrong, there are uncomplicated women—just like there are men who will see this article’s words and find themselves written here for their lovers to read.

Because sharing the same sex doesn’t make us the same person.

On the other hand, any woman with close girlfriends will be able to tell you that women, very generally speaking mind you, have their own ways of communicating and, sometimes, even thinking—all I’m suggesting is that it’s okay to admit it.

No, I’m going a step further and saying that if we do admit this that all of our relationships—be it a friendship or romantic partnership—will be easier because—re-read the first statement above and repeat after me: open communication is necessary for two people to properly understand one another.

Okay, so back to the self-declared-uncomplicated-yet-complicated woman.

I’m probably not the best authority in this arena, because I often put my eccentricities on display (obviously).

However, I will tell you this: let her go on pretending that she’s not complex—you will not change her mind. This is a realization that she must come to own her own (or another woman who is a close enough friend can point it out to her—not you).

Simple—reflect upon the moments when you’ve probably “accused” her of being difficult to understand; likely they’ve been those times when you were irritated, and your words and thoughts were not coming from a completely loving place.

So, ladies, consider being more forthright about your needs—with him and with yourself—and, gentlemen, keep in mind that your own sharing and approachable receptivity will help her to come out of her shell—even if it’s at seemingly tortoise-like speeds—but, in the meantime, practice patience with her. (Because she’s worth it.)

Additionally, part of the reason that she’s being so emotionally reserved is that, like many of us, she’s afraid of rejection, and this fear—however subconscious—leaves her with a fragile vulnerability.

Which brings me to…

However, the complicated woman probably needs more compliments than your average bear, or lady as the case may be.

Yes, she’s strong (we’ll get to that later). Still, inside every grown and gorgeous woman is a little girl wanting love, affection and attention—and, honestly, if most people search themselves they, too, will find a child wanting to be shown love.

If you can’t handle this, walk away now—and good luck finding any woman—or any lover—who doesn’t need the occasionally verbalized compliment.

Remember the sincere part, though.

You certainly don’t want to hand out so many compliments that they become expected or, worse, canned and phony.

Still, there are most likely two reasons why a woman would ask you, for example, how she looks in something: one, she genuinely wants to know how she looks, in which case you should be honest and not let her leave the house in something hideous—proceed with caution here—or, two, she’s fishing for compliments because you rarely give them to her unless she asks—99.9% of the time, the latter is the reason.

Let’s shift over the strong aspect of your lady love.

Strength, like many personal attributes, is subjective. I define a woman with strength as someone who knows what she wants, who isn’t afraid to go after it and who has her own independent mind and life.

In short, if I were you, I wouldn’t glance in any other woman’s direction but hers because you’ll find that she’s fun, fiery and full of excitement since she knows herself thoroughly and can’t wait to discover more with you.

So how do you love a woman like this?

You must be strong too (see aforementioned description)—and the reason for this isn’t complicated like she is.

A strong woman wants a partner—an equal, someone to challenge her when necessary and who is steady enough to lean into—without getting bulldozed—when life gets hard.

She might act like she always wants to get her way—she might even think she does—but, in reality, she doesn’t want to romance—or be romanced by—a push-over.

Okay, back to complicated.

Actually, you know what? I think I can save us both a lot of time here; I don’t think there is such a thing as a complicated woman. No, come to think of it, a self-defined complicated woman will give you the least amount of trouble—and be the least difficult to figure out—because she’s already trying to figure herself out—and then she’s trying to express her revelations to you so that you can fully know her.

And that’s the thing about complicated people: all they’re looking for is someone who gets them—really gets them.

I mean, isn’t it the sum of these individual quirks that make people special, unique and worth getting to know—and then love?

So if you clicked on this article my speculation is this: you either consider yourself a strong and complicated woman, you love one, or you want to love one.

And here’s another thought: you’re already going in the right direction. Because all love has its intricacies and its delicate balances between two hearts and two minds—and it’s not easy for two people to work as one.

It’s not easy, but love is worth it. And she is worth it—you are worth it. Yet, all love depends upon learning and sharing and growing together if it doesn’t want to grow apart. So stay curious.

Be open—and remember that having love inside of you that you want to give readily is, itself, a huge contributing factor towards a relationship’s success and strength. And we’re all strong in our own ways—strength really is subjectively defined.

We all have our own personally distinguishable strengths—and love is simply finding another person who recognizes them and wants to help you make them even stronger.

Because people might be complicated, but I’m not entirely sure that love has to be.

Then again, I guess that love will always be complex—as long as strong, inquisitive, impassioned people are involved.