Sometimes I Think Karma Might Be a Bunch of Bullsh*t.

I have been living under the understanding that “what’s comes around goes around.”

Or maybe it’s “what goes around comes around;” at any rate, the message is that we are responsible for our actions.

I have been thinking about Karma a lot; it has been part of my ethical compass for as long as I can remember. My mother taught me about Karma and it has kept me on my toes.

Lately, I’ve been having a crisis of my karmic beliefs….I’m beginning to wonder if karma actually works.

On a trip recently, I had a serious crisis of Karma. I was driving a rental car, exiting a parking garage in downtown Baltimore. I had it for about five minutes, so I was getting used to it—I also have a phobia about parking garages, so I tend to be extra mindful.

I was carefully exiting the parking garage when a sleek black Audi rolled up behind me and began to ride my bumper, laying on the horn furiously. My first instinct was to slam on the brakes and let him rear-end my rental, but good sense stopped me and I took a breath.

I waved him around—I am not one to stand in the way of people. So, he pulled up along side me and stopped. I think I’m about to be shot, but instead he screams at me “How dare you waste my time!” He was clearly outraged and sped away.

I was in shock and actually laughed because he took the time to tell me off. I continued to mindfully exit the garage. I caught up to him at the light. He looked over at me with disgust and scorn. I wanted to flash him the bird, but instead I flash the peace sign and bless him.

I was disappointed, but I was determined not to let the situation color my opinion of Baltimore.

The idea is, if we do bad things, then bad things will happen to us, supposedly exponentially. Karma is the law of cause and effect. Every action has a huge reaction.

I am struggling with that belief lately; I teach yoga and we talk about the laws of Karma. We get what we give; not always in equal parts! I am not so sure I believe that anymore. Is there such thing as Karma? Do our actions matter in the grand scheme of the universe? Is it possible that bad things just happen to good people and that wicked people prosper—just because?

I took a course in the laws of Karma from the expert, Geshe Michael Roach. He has written a whole bunch of books and lectures extensively about Karma, and it seems to work for him.

He has sown the seeds of his own Karma with the scandal at Diamond Mountain; and yet, this doesn’t seem to be affecting him.

Geshe taught us (and I’m over-simplifying, but you get the point) that when people get sick or children die is it  because of their Karma. Babies die because the actions of their past lives have caught up with them.

I have a had a difficult time reconciling this.

In yoga, as well as in Buddhism, we are taught that Karma rules.

“In Buddhist teaching, the law of Karma, says only this: for every event that occurs, there will follow another event whose existence was caused by the first event, and this second event will be pleasant or unpleasant according as its cause was skillful or unskillful.”

I am not sure that this philosophy is working for me any more—I have become discouraged with Karma.

If Karma rules the world, why can’t I see it? Why isn’t karma more instantaneous? Why didn’t that jackass get a ticket for willfully running a red light? Why do companies that destroy the earth, steal from consumers and defraud people continue to prosper?

Why is it so hard for people doing good works in the world to be financially stable? They share their wealth, shouldn’t they have more?  It seems to me that wealthy get wealthier and prosperity follows bad behavior. Why do some do-gooders suffer?

I have even seen this in the practice of yoga, when Gurus abuse their power and all is forgiven. We turn a blind eye to bad behavior, by waiting for Karma to take care of it. The yogis mantra is “their Karma will get them.”

Will it? Do people even care about their Karma?

When I see wicked people prosper, I tell myself they must have been saints in a past life. There have must have been a ton of saints with years of absolution for all the bad acts we see today. People keep telling me, “look at the bigger picture here, you’re not seeing the entire experience.” I’m not sure there is one; so far, no one has come back from a past life to tell us beware of what you do—hell is a bitch!

Has our belief in Karma actually created a bunch of spiritual by-passers who don’t speak up for injustice or hold others accountable for their actions? Are we becoming complacent as a culture because we truly believe that Karma is swift and fair, so bad deeds will be dealt with without our intervention?

Is it better to get involved and help Karma along, or should we stand by the sidelines and let universe sort it out?

I don’t think it is enough to stand around and wait for the universe to take care of things; it might be time to take some action!

I do the right thing whenever I can and not just because of Karma; I think being a good human being makes the world a better place.

What do you think? Do you believe in Karma? Do you think the bad deeds and good deeds balance out? 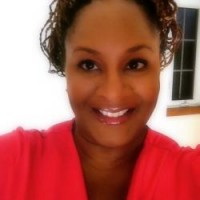