Warning: Graphic. Why We Should Not Let Our Loved Ones (or Ourselves) Be “Processed” by a Funeral Home. 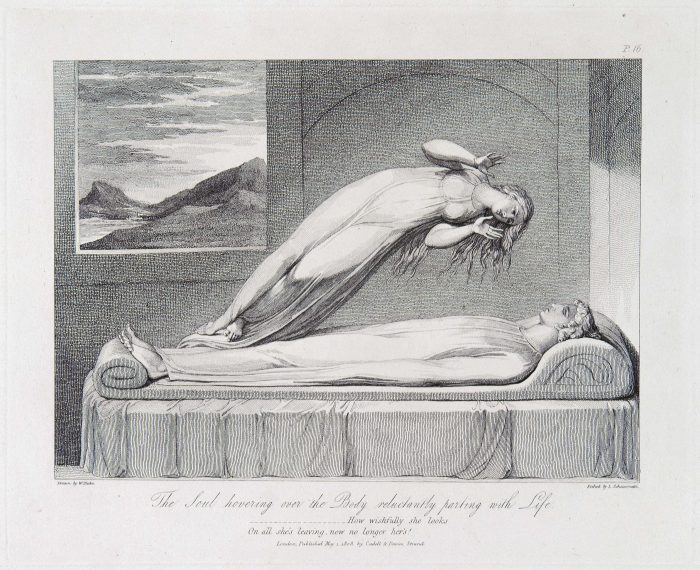 Here’s an alternative to the below:

Instead of coffins or cremation – burial pods

“Writing as someone whose church operates a green cemetery on its land in Wisconsin: yes, this. We bury people with no embalming, in a biodegradable container of their choice (cardboard cremation casket, canvas bag, wicker or plain wooden casket etc), and we have a team of volunteers who work with the families and a couple of sympathetic local funeral homes to do all of this in the most environmentally sound ways possible.

It all happens to be a lot less expensive, too.

There are some real limitations in time and geography: you only get a pretty short window between death and burial, and winter-time burials are problematic up here in the frozen North.

There are more and more green cemeteries opening up these days—if that’s the way you want to go, start your research now and get that planning squared away before the moment of need arises.” 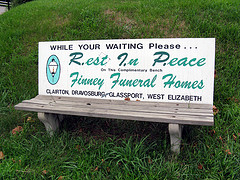 I’m a funeral director. Our entire industry is basically a pyramid scheme. It blows my mind how blindly people accept that certain things “have to” be done to the body of their loved one. Think about that for a second: this is the last tangible remnant of someone you loved and you are now going to pay a stranger thousands (oftentimes HUNDREDS of thousands) of dollars to (warning: graphic from here on out) systematically mutilate that body.

There is nothing dignified about having one’s mouth wired shut, eyelids forced closed by spiked plastic contact lenses, and ramming a trocar into the abdomen to puncture organs so that they can be suctioned out. After the embalming fluid is introduced, the anus and vagina are stuffed with cotton and other absorbent materials to prevent what we refer to as “purge.” This charming phenomenon can occur any time after death—yes, before or after embalming, at any stage of decomposition—when the fluid created by tissues breaking down is leaked through any nearby orifice, oftentimes the nether regions.

The process creates an enormous environmental problem; using toxic chemicals which are flushed into our sewers along with those pureed livers, hearts, spleens, pancreas’ which then also flow into our sewers. Oh, what’s that? I told you embalming is a legal requirement for public sanitation? That’s utter bullshit. If anything, it creates a sanitation problem if the cemetery you use is anywhere near a municipal water line, which most “commercial” cemeteries are.

In fact, in most states, the law only requires embalming if you are transporting a body across state lines or are not planning to inter for more than 72 hours and/or having a public viewing. It has not a single thing to do with public health. It’s a cash cow, plain and simple. It is barbaric, costly, and does not keep the body from deteriorating. But we’ll tell you just about anything you need to hear to get you to agree to it.

What I’m doing here is incredibly illegal and I know it, but on the slim-to-none-chance that you’re a sharp-minded consumer in the midst of your grief and call my state’s licensing board about it, all I have to do simply tell them you were mistaken. I’ve seen funeral directors force-feed families absolute horseshit—saying anything—to get them to sign a contract. Here’s a hint: don’t sign any pre-printed “form” contracts. Most of the contracts we use are super vague, so we can charge you for just about anything and justify it by pointing to your signature on the dotted line. It is in your best interest to only agree to specific itemized charges—i.e., have the hearse but no limousines. Or have hair/makeup done without any embalming. The law is very specific and on your side, but we count on your ignorance and vulnerability.

Even better, find a trusted friend or family member who is more emotionally stable right now and appoint them as your lawyer/detective. You know that bitchy sister-in-law everyone has who makes major holidays a nightmare? I can spot her a mile away and will do everything I can to keep her out of financial discussions—because I know she will take that obnoxious nagging and throw it at me for every single penny I’m trying to get out of your family. See my co-workers standing around looking somber and respectful? They’re not there to just have a presence of authority, they are studying you. They are watching the family dynamic and will report back to me with any potential angles I can play to manipulate your emotions, which family members are taking it the hardest and will therefore be the easiest prey, and their estimation of your financial well-being.

If, by the way, you appear to be less affluent, I’ll tell you to take your business elsewhere. This is not a hospital and I don’t provide a service—this is a business. If you aren’t paying me (in full and up front, generally), all you’re getting is my sympathy.

Do yourself a favor and read the FTC Funeral Rule. It’s very clear and concise in stating what you as the consumer are required to do and what rights you have.

Did you know the casket I’m selling you for $5000 is really just a nicely decorated plywood box? If you were smarter, you’d know you don’t have to buy that from me. In fact, the law requires me to allow you to “BYOB.” Costco and Wal-Mart sell very reasonably priced nice caskets on their websites.

If you happen to be armed with that tidbit of information, I’ll try to make it a practical issue: it will be easier to use the caskets we already have here. Another line of crap: all of the caskets at the funeral home are demo models (and are actually nice napping spots on slow days).

Anything you buy will be delivered to the funeral home via freight the next day, just like the Wal-Mart caskets.

Another well-worn sales tactic is to try to shame you into going along with the exorbitant cost, implying you didn’t really love grandma enough if you spend less than five figures with me. You should know, by the way, that everything you buy from me—a guestbook, prayer cards, even the damn obituary notices—is marked up at least 200%. See the picture I’m painting here, kids? Smoke and mirrors. It hasn’t always been like this, but with the corporatization of the death care industry, the almighty dollar is the only consideration anymore.

Whew, this is getting to be a novel. Sorry, hang with me just a bit longer—we are getting to the major issue here.

Right now—literally right now, August 16, 2013—the FTC is reviewing a merger between the two largest funeral service corporations in the United States: Stewart and SCI. Stewart has 500-ish locations while SCI has 2000+. This will create a mega-Decepticon-conglomerate that will control at least 40% of all funeral service business transactions in this country – and that, my friends, is what antitrust regulations refer to as a monopoly. We are racing full speed ahead to the genesis of the McFuneralHome and nobody is doing anything about it. The reason? Misdirection. There’s no Stewart Funeral Home or SCI Mortuary in your hometown. They’re operating under the same names they always have, letting you believe that the good people of Bubba & Sons Memorial Chapels would never steer you wrong. Bubba’s been around for 50 years! Bubba’s handled your family’s funerals for generations! Let me tell you something: Bubba cashed out years ago and is pretty much a figurehead at this point. Check his website carefully: at the bottom, you’ll probably see a copyright for either “Dignity Memorials” (SCI) or “STEI” (Stewart).

Every single thing you’ve read in this thread about cutting corners, shoddy work, under-trained and under-paid employees, outsourcing certain processes, covering up mistakes… ALL OF IT HAPPENS IN THE FUNERAL INDUSTRY. Now, most of us are decent human beings and aren’t interested in getting freaky with dear old granny, but in terms of services performed and their actual value, you trust us WAY, WAY TOO MUCH.

You know how shitty the cell phone service provider market is right now and how worked up everyone gets about that? The funeral industry is worse. And we should all be raising hell, because EVERY SINGLE ONE OF US is going to have to conduct business with the deathcare industry eventually — be an informed consumer and know who you’re really giving your money to.

I know I’ve hyperlinked the shit out of this, but please read the last one from the Funeral Consumers Alliance on how horrifyingly out of control this situation has gotten:

“It’s alarming to think that a company with a long track record of abusing consumers at the worst times of their lives might get even bigger,” said Josh Slocum, FCA’s executive director. “For at least 15 years grieving families around the country have complained to us about the practices at SCI funeral homes and cemeteries. From lying about options in order to boost the funeral bill, to digging up graves to re-sell them to another unsuspecting family, to denying the legal rights of LGBT people to make funeral arrangements for their partners. You name it, we’ve heard it.”

Funeral Consumers Alliance reminds the Federal Trade Commission that funeral purchases are unlike any other in their potential to harm the customer. Families buying funeral and cemetery services are incredibly vulnerable and have been subject to deceitful and egregious conduct.

“This is not a run of the mill merger; this isn’t about whether a $20 retail product will cost consumers $5 more,” Slocum said. “We’re talking real money here. Funeral consumers often make great economic sacrifices to bury their loved ones. The average full-service funeral runs in excess of $7,000 and often for much more at SCI’s Dignity locations. Especially when it has faced less competition, SCI has increased prices and we can expect more of the same if this merger occurs. Given the lack of knowledge about funeral options and the stress of grief, we can’t just say a ‘rational consumer’ will vote with their dollars and choose another funeral home. That’s not how the unique funeral transaction works, and that reality is why the FTC specifically regulates funeral homes.”