Life Before Brain Cancer: A Love Affair with the Past. ~ Karissa Kneeland

In my mind, there is a constant battle between the nostalgic and the present.

Can I be both here, getting leaped on by dogs eager for kisses as I fight off a nagging headache, while also being there, staying up until the wee hours of the morning surrounded by friends on random excursions?

Recently, an old friend (and former crush) from college contacted me and we spoke for hours. “I’m glad I met you so many years ago, man, because tonight is a lot better talking to you,” he said. In that moment, I realized that I have missed him without even realizing it.

In those first few minutes that we talked (for the first time in seven years), I was blasted back to college. Memories rushed through me—staying up way past my bedtime chatting with him on AOL Instant Messenger with my clunky laptop on the bottom bunk in my dorm room; being up late, watching Aqua Teen Hunger Force with him on a futon in someone’s apartment; feeling those butterflies when he arrived at the parties on High Street.

My brain is in a time-travel warp. While half of me still feels like that 20-year old, the other half feels like an old biddy as I sit here drinking my herbal tea while watching “Antique Roadshow.”

My body’s aging process has seemingly hastened since the battle began with the tumor in my brain.

Shortly after college, I was diagnosed with epilepsy. My neurologist recommended a precautionary MRI with the slight chance that there was a tumor tucked away in my brain tissue. As I lay surrounded by the thumping, honking beats of the machine, I thought nothing more than how much I had to pee.

The MRI slipped out of my thoughts until a few weeks later when I received a call from the neurologist. He asked me to come to his office, but I insisted he just tell me what he had to say over the phone. There was a tumor in my left temporal lobe, he said in a solemn voice.

While one might expect me to fall to my knees crying in disbelief, I felt relieved. I had been suffering from complex partial seizures, but I was dismissed by doctors as having bad PMS or some type of panic disorder. These seizures made me wake up in dread each day. “How many will I have today?” was often the first thought that entered my mind. Having physical evidence of the root of these seizures made the situation feel like a resolvable mission rather than a mysterious, looming dark cloud that floated above me.

After the tumor was found, surgery was scheduled to remove it. Surprisingly, I was only slightly nervous considering one small slip of the surgeon’s knife could have left me mentally incapacitated. The nerves were outweighed by the thought of living without the relentless seizure attacks.

I woke up from the surgery in excruciating pain. It felt as though my skull was still being drilled into. It was so intense that I did not have room in my leftover brain to worry about how I could not remember what year it was, what my boyfriend’s name was, or what a pencil is called. I could not remember how to read, but what did it matter? I could hardly keep my eyes open enough to find the button by my bed to push for the next dose of morphine.

After a few days, my memory reemerged and the pain lessened. But my brain was pissed off at me and it was making it known. It had some imperative parts cut out (about one-fourth of it was removed) and now it has to work on constant overtime to achieve a semi-normal level of functioning. Although the seizures have lessened considerably (hooray!), I now wake up with the worry of how bad my headache will be for the day.

I was diagnosed with a “mystery” glioma and was told that its proliferative personality would lead to an inevitable regrowth.

Although I appear to be a completely average 20-something, inside I feel as if I am 90. I am constantly aware of the empty hole that was once my hippocampus and amygdala.

Well, almost constantly. When I reflect on my life before the diagnosis, I am, however fleeting, the person I was before becoming a brain cancer patient.

When I spoke with my man-friend from yesteryear that night, I retrograded back to the person who never imagined having cancer. I was a normal, healthy and energetic woman. I adore moments such as those.

I wonder if I would I still have such an intimate love affair with the past if I did not have brain cancer. Perhaps I crave the solace that comes with reflecting on my fun-filled past rather than contemplating how many years I have left to live into the future.

When I awoke the morning after my late-night chat, my nagging headache had returned, but I still had a smile on my face as the newly resurfaced memories swirled through my mind. 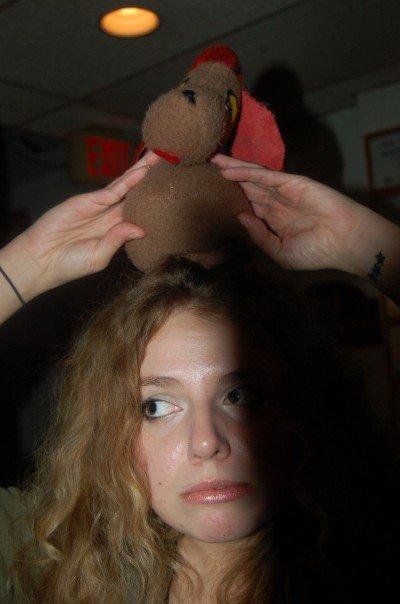