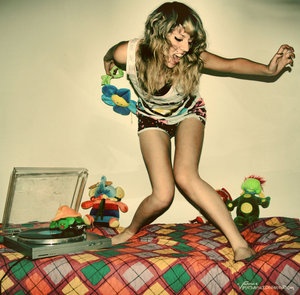 If I had to choose three words to sum up most of my life it would be those.

I didn’t listen when I was told having a child so young would be a mistake. Or when they said going back to get my degree would be too hard. And when they told me I had 18 months to live? I didn’t listen then either. Not listening is what I seem to do best.

So when I spread the word that I was creating my Fuck-it List, I waited for the inevitable naysayers to tell me I couldn’t do it.

“You need your rest. Are you sure this is the smart thing to do?”

I heard them all, but I didn’t listen.

On my Fuck-it List are all of the things I’ve always wanted to do, places I’ve wanted to see, but never got around to them. About two months ago I said, “Fuck it, what am I waiting for?”

Cancer is a tricky bitch and made me acutely-aware of the finite amount of time we are given.

I’m just going to say it: We are all going to die eventually. Yes, even you, the young, healthy person with the glowing complexion and bright eyes. It may be at 100, but 100 years isn’t that long if you’ve only existed and never truly lived.

I sent an email listing cities I wanted to visit all across this gorgeous country of ours. I figured domestic travel would be a better way of gauging my abilities.

I may be a bit reckless, but I’m not an idiot.

Of course, the kick ass group of friends I have responded immediately, picking cities and dates and the planning began.

Portland, Oregon would be our first stop.

Joe drove me to the airport. Like a parent watching their kid leave for camp, he stood and waved, waiting until I was lost in the crowd before he left. Knowing him, I’m sure it took every ounce of strength he had not to say I was out of my mind and put his foot down on the whole thing. I love him for that.

Six hours later, I met up with my friend in Portland and we began our adventure.

Oregon is an exquisitely beautiful state with beaches, mountains, waterfalls and gorges. Plus, they have the best fucking donuts I have ever had in my life. Without an iota of shame or guilt, I stood at the counter of Voodoo Doughnuts, ordered seven and had a bite (or two) of each one. Jesus, it’s a hidden gem of a place.

Every day we planned something else, renting a car for day trips or hanging back and walking around to see all that Portland had to offer. It had a lot to offer. I’ve heard that it is a town of hippies and hipsters and can be obnoxiously self righteous, but this couldn’t be further from the truth.

Every one I met was super kind and generous with their time. It is a very artsy area so if you don’t like artisanal cheeses or homemade goat’s milk soaps, this may not be your scene. But I was totally diggin’ it. Organic Shea butter body lotions? Yes, please.

During several points in my trip, I had to stop and take it all in. I would close my eyes and feel the wind in my hair, the sun on my face or the soft rain roll off my cheeks. I felt blessed and grateful. I wish I could capture it all in a jar like a firefly and keep it with me always.

I knelt down to pet every dog, smiled at every baby and chatted up whomever would lock eyes with me. I highly suggest doing any or all of those things. It is a sure fire way to bring a smile to your face.

We traveled up Mt. Hood and watched the snow fall from a lovely, historic lodge we stumbled upon. It was cold as hell and I was woefully under dressed but I said, “fuck it” once more and just went with it.

I warmed up by the fireplace with a drink and a slice of pumpkin bread that made me moan—yes, I really moaned. Don’t judge.

Sometimes in life you have to just go for it. Shake off the fear and do what scares the hell out of you. I was scared to travel alone, to be so far away from home and, more importantly, from Sloan. But I didn’t give in.

Call it what you want, Carpe Diem or Fuck it, but I plan on “YOLO-ing” the shit out of my life.

While waiting for my plane home, my friend and I spotted a man with no legs riding a skateboard around the terminal. We admired his enthusiasm, then went back to talking about the trip.

As I boarded the plane and looked for my seat, I realized I was sitting next to the skateboarding dude I saw moments before. I noticed that not only did he not have legs, he also was missing an arm. He smiled at me and we made idle chit chat: names, where we were from, etc.

He helped me with the crossword puzzle I was working on and we ended up doing the second one together. He was from Portland and going to New York then Orlando for business. I was so struck by his fortitude and kindness; the man just radiated light.

When once I saw a man who was overcoming his adversities, now I just saw a man, a sweet, gentle man with kind eyes, a great laugh and a killer lexicon. I wondered how many times in his life did he not listen.

What did I learn on this trip?

I learned to step out of my comfort zone.

I learned we are all trying to overcome something.

I learned we aren’t all that different from one another.

This is it. This is our one shot at this life. Go for it, whatever it is for you.

Get on that fucking skateboard and ride.

And don’t ever, ever listen when someone tells you you can’t. 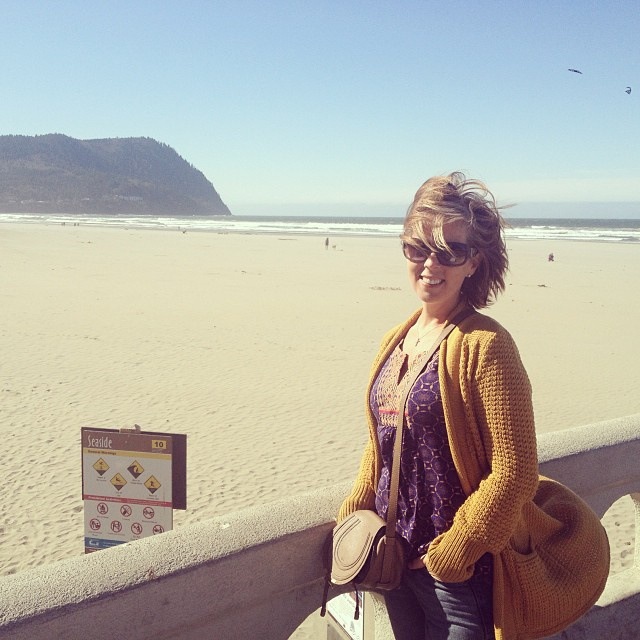