5 Signs Not to Get Back Together. 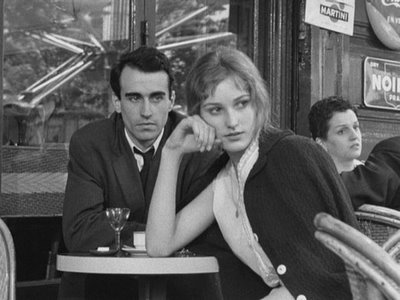 Whenever a relationship ends, there is usually the chance of reconciliation.

This can be true even in cases of the most acrimonious break-ups. Very few of us can say we’ve never gotten back together with an ex.

Sometimes it is for the best—often, getting back together does not result in forever. (I personally know of one couple who married, divorced, re-married—and later divorced again. I also know a few who break-up only to reconcile with such regularity that you could set a clock by it.) While each situation is different and it’s ultimately up to each individual to decide if they want to get back together or not, there are some things to watch out for which may indicate that reuniting is only going to result in a repeat of history.

Pay particular attention if your ex exhibits one or more of the following:

1. They fail to contact you until they want to get back together.

This should be a huge red flag. While most people need a break immediately following a break-up, a person who professes to still care about you should reach out if only to see how you are doing. A quick email, a text that says, “I hope you’re okay”, etc.—there should be something to suggest that they still care even if you are no longer in their life. This is especially true if you were together for years.

If, however, you don’t hear from someone for months or more and all the sudden they want to get back together, then ask yourself (and them) why they are suggesting this now.

Be even more cautious if #2 occurs.

2. They immediately suggest having sex again.

There’s nothing wrong with wanting to have sex with someone you thought was loved and lost. It may even be what you desire.

However, rushing right back into the sack with someone who (probably) hurt you is not a good idea.

In my experience, I have noticed that men are more likely to suggest this than women. It may be the case that your ex didn’t miss you, but missed the sex.

Generally speaking, women have a much harder time having sex with little to no emotion involved. Some men, though, can do this with ease.

If there are any doubts that your ex is more interested in a booty call than a relationship, then say no. Make them wait. Despite what we may forget sex can often temporarily forget certain things but it cannot make them stay away forever which brings me to #3.

3. They refuse to discuss or work on any past issues.

In most cases, people break up because there are problems present in the relationship. Unless these problems are discussed and worked on, they will keep appearing much like a bad rash does.

Also, acknowledging problems is not the same as trying to solve them. There are some problems that are so great that no amount of time, love, or talking about it will allow one to get over over it and move on.

If that’s the case, then do both of yourselves a favor and don’t get back together.

4. There was an abuse involved.

When most of us hear “abuse”, we immediately think of physical abuse. Shoving, hitting, shaking, etc. is pretty easy to spot. However, emotional abuse happens more than many of us realize and often, it can be more insidious because the scars it leaves are not visible.

Sometimes, though, it can even be hard to recognize because some people are masters are doling it out in the form of “help” or advice.

Many years ago, I was involved with a man who loved to tell me that I was “damaged” due to my dysfunctional upbringing. He claimed that there was even scientific evidence that proved “people like me” had different brain structures than so-called “normal” people and because of this, I was doomed to a life of unhappiness.

As absurd as it sounds, I believed him. Later on when we were no longer together, I could see that this was just an attempt to put me down and send my already low self-esteem even further to the ground. Sadly, for a long time at least, it worked. Later on when I decided I could not be in contact with this man-not even as email friends-my only regret is that it took me so long to cut all ties.

This brings me to my last one.

5. This has happened before.

It may not have been you, but some people have a habit of treating others like rest stops. That is, they emotionally or physically withdraw, cheat, or do some combo of those things only to return to their former partner and do it all over again.

In most cases, this will happen again and again unless there is a sincere desire to end this pattern and even then, it may take the help of the professional.

If that’s the case, then you have the option of either continuing or putting an end to it.

This leads me to my final point: at the end of the day, only the two of you know if it’s best to get back together. In fact, some people even seem to thrive on the highs and lows that come with constantly breaking up and reconciling. If you happen to be one, then it’s your life.

Those who wish to avoid that should at least think about it  before reuniting with an ex.

While sometimes these things ends up happily ever after, many times they do not.

In either case, may all of us eventually find love whether it’s with someone who was previously in our lives or someone we haven’t yet met.

> Your Soulmate Isn’t Who You Think It Is.

> Relationships: Union with the Divine.

> What To Do When A Relationship Makes You Cry.