7 Things I Want To Be When I Grow Up (or, The Benefits of Dreaming). 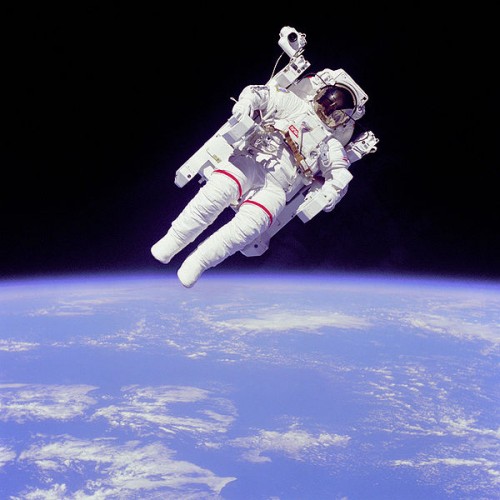 If you ask my son what he wants to be when he grows up he’ll say a “pro football player, then inventor, so I can build a car that flies.”

There is not a doubt in his mind that he will be these things and judging by all the football equipment and toy cars, planes and helicopters packed into his room, he is well on his way.

If you had asked me at that age (10) what I wanted to be, I would’ve answered “writer” because I did, but also because it was the only thing I felt proficient enough to dream about. I’ve always been reticent about dreams, feeling that the big ones could never come true for average old me—so why bother?

But now I think, if we allow ourselves to dream we’re putting energy out into the universe that can turn into magic when, where and how we least expect it.

So here’s what I want to be when I grow up—universe, do your stuff.

My big brother drew a picture in the first grade of an astronaut which my mom framed and had hanging on the wall for years. On it he wrote, “I would not like to be a astronaut because my dad is not a astronaut.”

I used to stare at his drawing and think, “That’s a dumb reason not to want to be something,” and imagine floating in absolute silence in black space above the blue, blue earth. What a beautiful sensation of infinite solitude.

When I say “psychic” I don’t mean those two dollar tarot card readers who keep their offices in the back of a dry cleaner—I’m talking about being a real psychic. A woman who can sense the past and the future, who can readily perceive auras and know what they mean, and who guides those who come to her with love and wisdom.

I would keep my hair unreasonably long and wear brightly colored harem pants, and when someone came to me for advice I would offer them butterscotch candies and touch their hand in such a way that their anxiety spontaneously evaporated.

Any kind of bird

Who hasn’t dreamt of flying?

I long to be a pelican riding the air currents above the beach as I scout for the telltale silver glint of a minnow’s scale.

Or a red tailed hawk wheeling over a prairie, the fields laid out beneath me in all their abundant diversity: mice quick slipping between the grasses, big bucks chewing absentmindedly on their cud, and the coyote that watches them hiding in a swath of brown leaves.

In college I was a double major; English and Anthro. I loved both subjects equally, but was much better at English, so after I graduated my Anthro identity fell by the wayside.

Such a pity. Some of my happiest hours at Loyola were spent cataloging the bones of 6 mysterious skeletons which the university had acquired and then just dumped in an unmarked box. My job was to reassemble them as best I could and try to determine sex and cause of death.

The idea of solving riddles from the past still tantalizes me, as well as the idea that we are living atop the bones and souls of countless others who came before, whose stories are as rich and full as our own.

My notion of farming is admittedly romantic. The actuality of running a real farm– especially in this day and age– doesn’t seem fun at all.

Nevertheless, I fantasize about tramping into my barn each morning before the sun rises, the sweet smell of hay filling my nostrils and the dirt floor crunching beneath my feet. My single horse would nicker, his large and liquid convex eye reflecting my own face back to me.

Outside, I’d hear my old rooster greet the sun with his undiminished lungs and I would smile to myself, knowing  all the tasks I must accomplish today are for the earth and of the earth.

When I’m finished, long after the sun has gone down, my efforts will have exhausted me so completely that I can sleep without dreaming.

One of the luxuries I yearn for most is solitude. I want solitude like other people want chocolate.

No speaking. No computer. No concern for my appearance. No one next to me at night snoring. No one shouting from the farthest corner of the house, “Mom!!! I don’t have any clean pants!”

I see myself in a one room cabin near a lake in the woods. I eat sparingly, sleep when I am tired and work when I’m awake.

Like Emerson or Thorough I would listen to the sound of my own breath and the breath of the forest around me, allowing all social convention to drop away until I had sunk so far below my ego I wouldn’t ever have to remind myself that all things are one– I would simply be.

Laying my hand on the burgeoning belly of a first time mom, remembering when my own belly was full of a son who didn’t particularly want to leave, working to prepare this woman as best I can for the biggest shift in consciousness she will ever experience–that’s time well spent.

Midwives are the gatekeepers of human life and have the privilege of being present over and over again for the beginning and ending of things, the death of a woman as herself and the birth of her new identity, as well as, obviously, the birth of a brand new human being.

To live on that cusp and guide people over the peak is a dream worth dreaming.

Will I ever walk on the moon, predict the future, catch a fish in my beak, discover ancient civilizations, till fields, live alone in the woods, or catch a newborn? I doubt it. But just allowing myself to imagine it lights fires that would otherwise remain cold.

Behind each of these dreams is a different interpretation of myself, and if I understand that, they can lead me closer to my destiny.

What do you want to be when you grow up?