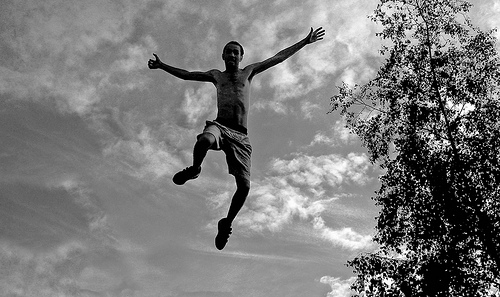 *Update: When Mercury goes retrograde from May 18 to June 11, 2015 expect the cosmic trickster Mercury to upset the very romance his son Cupid previously brought to your life.

I wrote this article in response to the many emails I’ve gotten from readers who’ve asked: Isn’t there anything positive that occurs during Mercury retrograde? I’ve got some great news: there are some extremely good things that can happen in our lives during Mercury Retrograde.

I’ve written about them before, but they are worth mentioning again.

Please take note of each of them:

1.  People From Your Past Contact You.  Even though you may have contacted someone months ago, now is when you’ll finally hear from an old friend or contact. The surprise could be that you hear from an old relationship, wanting to say hello and see how you are. During Mercury retrograde, I had an ex-fiancé, who I hadn’t heard from in years, re-contact me to see if I was still single and available.

2.  Old Projects Finally Get Finished.  Now is the ideal time to finish any projects that you started before Mercury went retrograde. You’ll get the satisfaction of completing it, whether it’s re-tiling the bathroom or re-planting your garden.

3.  Put the Finishing Touch On a Great Idea.  Use this period to re-evaluate old plans and projects that need more “polishing.” Look for any flaws or mistakes. Make needed changes so that a “good” idea can be a “great” idea when you’re finished.

4.  Old Clients or Employers May Contact You.  Expect to get a call from that “difficult” client who refused to do business with you. All of a sudden, he’s very interested in your product or service. Do you remember that job you applied for weeks ago, but had given up on being consider for? Well, even though it’s been many weeks since you applied, you may hear back from that employer during these three weeks.

5. Meetings Become Stress-Free. People feel less pressured when they are told that “no decision” has to be made at your meeting. This will also reduce the likelihood of ill-considered decisions that aren’t successful. Instead, use one of the positive benefits of of the retrograde, which is to re-evaluate and re-consider ideas and plans. It will lower everyone’s stress level.

6. Finally Discover Ways to Fix Problems. You may have lived with a noise in the house coming from somewhere you could never discover. Mercury retrograde is a great time to solve that mystery, and to find a solution. Any machinery at home or work that is ready to malfunction will often do so during the retrograde. This gives you the opportunity to fix it, once and for all (even if you wait until Mercury is direct to make the final repair).

7.  Lost Items Are Finally Found. Now is when you want to search for personal items lost a long time ago. Even though you may have lost them years ago, they’ll finally turn up. This is when your eyes catch a glint of metal from under the carpet, which turns out to be your gold earring. The 20 dollar bill that you were sure was lost, magically appears underneath an old cushion. People find objects such as a set of keys they misplaced or a valuable ring they were sure was stolen.

8.  The Truth Will Soon Be Learned. One of the problems with Mercury being retrograde is: there is something you do not know. It’s great to know that’s only temporary, because when Mercury goes direct on February 28th you’ll find out the truth. You may find out that “too good to be true,” low price on that vintage Ferrari was: “too good to be true.” Or, that furniture ensemble for your dining room, you thought was too expensive for your budget, just went on a 50 percent clearance sale; or that romance you were excited about wasn’t what you thought it was.

Mercury retrograde does not have to be bad. If you pay attention to these eight tips, you may be pleasantly surprised at how positive it can be.

If you want to know where your personal transits are—to see if they are affecting you right now, go to the FREE Transit Calculator and enter your birth date. Then, read about each transit that’s been discussed in other Elephant Journal articles.

9 Tips to Awaken the Inner Genius.

Bonus: It’s always nice to have the stars as an excuse—but are they really valid?