Serenity through the Darshan Experience. 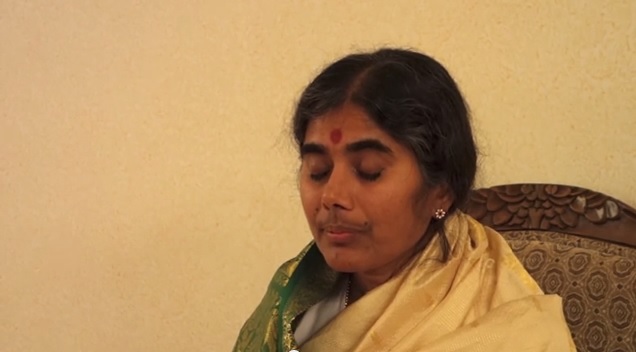 I recently took my perspective to another level.

Not sure of what to expect yet always feeling as though the result will prove optimistic in nature, I decided to attend a darshan, completely unaware of what it involved or how it contributed to the overall level of contentment.

I was sent an invitation to participate in a darshan with Mother Meera. The timing of it couldn’t have been more appropriate, as the passing of the new moon occurred at the end of January, the Chinese New Year of the Horse commenced, a February month full of love was on the horizon, and I was ready and curious for something different.

I had never heard of a darshan, so all the elements surrounding the event asked for my every emotion and willingness to step up. This was a silent blessing by a most prominent woman, who travels the country and gives blessings in several congregations that support all religions and spirituality.

I went with the love of my life, and together we had our own intentions set forth, sat through almost two hours of the most patient process besides group meditation, and exited with not many words to say to each other. We wanted to allow the darshan to soak in.

When we first arrived, there was a beautiful ornate carpet centered towards the altar, with a wooden box to assist those who needed it when arising from a kneeling position. Each row was motioned out of their benches one at a time, guided to the burgundy and gold runner carpet, instructed to kneel one behind the other and slide up on knees as each person received their private blessing.

Many people had to stand, as their knee joints weren’t flexible, or they were simply dealing with the lovely aging process. Mother Meera emerged from behind the stage opening, dressed in gold, green and red silk from head to toe.

She was gentle, small in stature, and her mere presence had everyone contemplative and introspective.

We sat patiently for our row to be called. The procession began. All types of beings came forth—the old, the young, the weak and the fit—took their place in line and staring forward in a trance-like state.

The process looks something like this: when we were motioned to kneel in front of the Mother, we had to have clean hair (which was a prerequisite prior to attending), an open heart, and a solid intention. She placed her delicate hands lightly on the side of our heads as we bowed before her, while she sat with eyes closed and not a word spoken, but an implied understanding.

As she removed her hands, we would continue to kneel and gaze into her absolutely deep hazel beautiful eyes. They were surrounded by her smooth skin, her salt and pepper hair swept up into a bun, and I swear I could not take my eyes off her eyes until she nodded, closed her lids shut, and bowed once again.

It was so subtle and serene that I could have knelt there for hours. 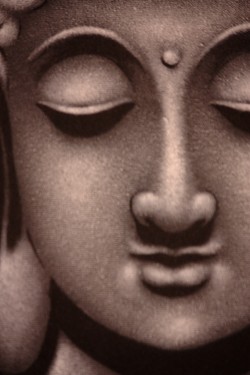 I stood up, returned to my bench, and waited for the remainder of the darshan to be completed. With over 75 people in that sacred hall, not a peep was heard. People were respectful, patient, and completely overwhelmed. Most exited the altar with a big smile of contentment on their faces. I felt serenity all over my body. I had the most vivid dreams the night after, and it was as if a presence came to me in my sleep.

I am told that not all who experience a silent blessing can absorb the gifts. I had no expectations, only a willing soul. All I know is that the world seemed a little softer last evening and I slept like a rock.

Mother Meera has opened a school for small children at her Ashram in Madanapalle, Andhra Pradesh, India. The school provides an education for children who would otherwise not a have a means to obtain it. Each child is under her own care and guidance. She conducts meditations for the children, takes on volunteer teachers, gardeners for the school grounds, medical professionals, and anyone who is willing to volunteer their time and services for the surrounding communities in India.

Her devotees believe her to be an embodiment of the Divine Mother.

Her spiritual presence in that congregation gave me the extreme feeling that the answers always lie within. After we drove away, it took my man and me a few stop lights before we felt like speaking to each other and what we had just experienced. The prevailing peace in the car was remnants from the blessings we had just received.

I felt a bit off, in a most calm manner. As we parted ways, him going to a yoga conference and me taking care of two little pups, I completed the evening with a dinner of just soup. It flowed and was cleansing and right.

With oodles of beginnings and spiritual insights coming at us from all avenues, I believe that taking part in a darshan adds to the overall big picture of life.

Her eyes alone felt like they were looking directly into my soul. She was that white wolf I had dreamed about last evening. A gentle beast that came to me, sat next to me, put her paw on my shoulder, and said “all is well.”