Some Thoughts on the Woody Allen Sexual Abuse Allegations & the Media. 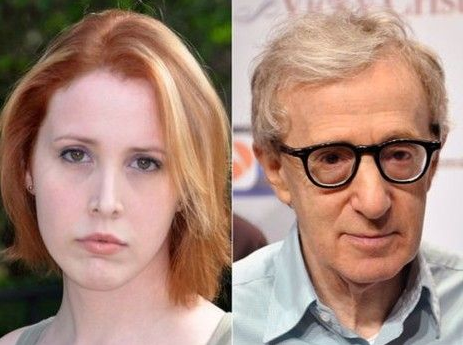 Like many others, I have spent a lot of time (perhaps way too much time) thinking about the open letter that Dylan Farrow penned to her father, Woody Allen, accusing him of molesting her.

Like most people who have shared an opinion about this, I do not know any of the people involved, personally. I don’t know what happened.

One thing is clear: Ms. Farrow’s words were heartbreaking. Whether she was molested or, as some have suggested, a victim of false memory syndrome, it’s clear that she was victimized by someone.

As a sexual abuse survivor myself, I couldn’t help but think about my own situation. As I have mentioned in previous writings, I was sexually abused by a family member when I was 12. My mother chose not to believe me even though my abuser never denied it. I was in therapy for years. I still have trust issues I am dealing with to this day.

However, at some point, I forgave my abuser—it wasn’t so much about him as it was for me. I needed to move on for my sake.

In the years since, the hate I had for him has largely disappeared. Indeed, when we unexpectedly spoke a few months ago for the first time in over 15 years, it was a surprisingly civil and dare I say even good conversation. We didn’t mention, as he once put it, “that stuff”. While I have no desire to ever see this person in the flesh, I don’t hate or fear him like I once did.

If anything, there is a part of me that feels sorry for him. Like most abusers, he was a victim of childhood sexual abuse himself by someone he trusted. While it doesn’t justify what he did, it gives me a level of understanding I did not have when I was a child.

In any case, when this happened, this was before the days of social media, blogs, etc. We were a family who did not talk about this or other things. Once I was older and been in therapy for several years, I remarked that had I been able to discuss my feelings, I may have had an easier time on the road to recovery. I still believe that. I believe it’s important for victims’ voices to be heard.

I have to admit that the very personal tabloid drama that has exploded since the November Vanity Fair article which sparked renewed interest in the molestation allegations, the Tweets by Mia Farrow and son Ronan after Allen received an award at the Golden Globes, and the latest NY Times piece, I cannot help but get the feeling that I, along with the rest of us, are witnessing something we really should not.

Not surprisingly, Allen’s lawyer and PR person have both responded saying that Allen denies the allegations and is quick to point out that “a thorough investigation was conducted by court appointed independent experts. The experts concluded there was no credible evidence of molestation. . .  No charges were ever filed.”

It was also mentioned that Allen intended to respond to these at some point in the near future.

In the meantime, the actors Alex Baldwin and Cate Blanchett have responded as they were asked (along with others) in Ms. Farrow’s letter “What if it had been your child?”

Even the excitement of the Super Bowl and the unexpected death of Phillip Seymour Hoffman has not knocked this story off the front page, it’s likely the press coverage will continue for several more days.

In any case, as someone who makes no bones about loving pop culture and celebrity gossip, I find this whole thing  incredibly sad. Whether the allegations are true or false, no one comes out as winning.

I remember being 14 years old when it emerged that Allen was having an affair with Mia Farrow’s daughter, Soon-Yi Previn, and wondering what on earth those kids in that family were going through. I found myself thinking the same thing now, even though those kids are now adults. I have no doubts that this still affects them and perhaps even more so given that one of the siblings who originally supported his mother has now accused her of “brainwashing” and has since resumed a relationship with Allen.

While there are a lot about celebrities and the celebrity lifestyle that I will never be able to relate to, this is one of those times where I am reminded that despite the differences in income, opportunities, etc. celebrities at the end of the day are still human like the rest of us.

I remember clearly how hard it was when people in my family chose sides. I couldn’t image how surreal it must be that there are total strangers who align themselves with people they never even know except via interviews, films, and the like.

While the truth may never come out and Dylan Farrow and Woody Allen may go to their respective graves standing by their accounts, one thing that probably is not going to come from this media exposure is any sort of resolution for the parties. It doesn’t even seem to be bringing the public together. Those who timidly (or not so timidly) ask if it’s really a good idea to accuse someone in such a medium and/or questioning the validity are being labelled as insensitive to the plight of victims or Allen apologists.

The comments on several sites, including many of those who identify as sexual abuse survivors, are calling for “justice”—something that probably isn’t going to happen either in the world of social media or even the real world as the statue of limitations is up.

Besides, even if Allen were found guilty or acquitted, there are always going to be those who will believe what they wish.

In any event, I wish everyone in this saga something more important than that: peace.

Lastly, here is hoping they find out of the glare of the media.