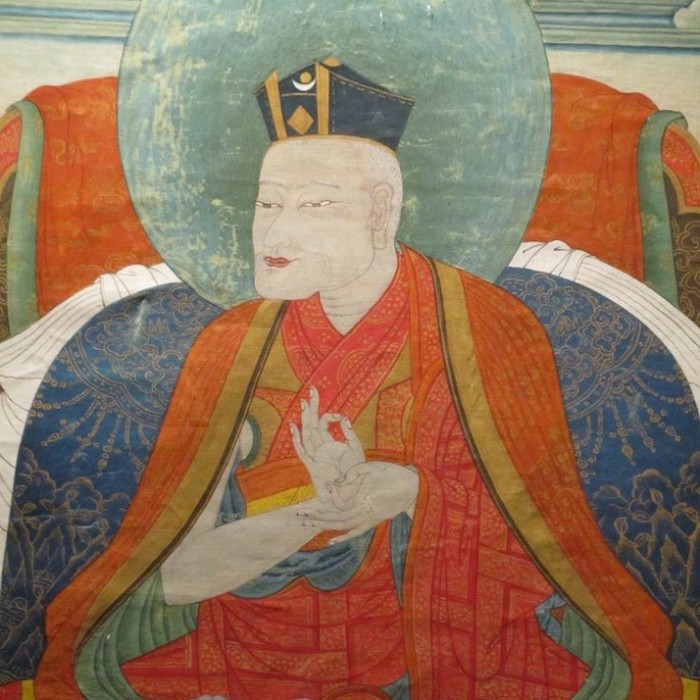 It was 1976 when I first heard the name Karmapa.

From his monastery in Sikkim, he was making a tour of Europe, including my home town of Hay-on-Wye on the Welsh borders, invited by the first Buddhists I ever met. We were told he would be touring in a big maroon bus large enough to carry his entourage of monks and menagerie of birds.

The preparations required were extraordinary. Most memorable was the construction of a large wooden throne, built to exact specifications, covered in exquisite silk brocade. We were told it had to be suitable for a great spiritual king.

Now picture his long maroon bus with gold Tibetan lettering wending its way carefully through the narrow lanes toward a farmhouse in the Black Mountains.

I watched a middle-aged, broadly-built man descend regally from the gold brocaded front seat, helped by his attendants. He paused for a long moment to look around at the welcoming group holding white offering scarves and reciting his mantra “Karmapa Chenno,” then upwards toward the hills to the skyline, and then he smiled at the universe with every cell in his body. Thick clouds of juniper smoke filled the air as an offering to the great 16th Gyalwang Karmapa.

When I met him I was barely a Buddhist.

My first and lasting impression was of a natural force, like thunder or lightning masquerading in a human body. Clearly he was not an ordinary human being.

His body seemed unlike flesh and blood. He was as pure as the elements: wind, water, earth, air and space. A photograph taken of him a few years later would show a blur of multi-coloured lights instead of a solid body.

His expression changed constantly like clouds shifting across the sky. Sometimes he smiled with delight like a child, sometimes he stared wrathfully, black as thunder. The force of his presence alone brought a hushed silence. How did one talk to him, I wondered. I was struck dumb by his massive presence.

The Karmapa was known as the Black Hat Lama of Tibet. The Hat, which his attendant carried in a silk hat box, was a spiritual crown marking Karmapa as the Buddha of Activity for the Dark Age.

It is said that that in another epoch and dimension the Karmapa was crowned by celestial enlightened women known as dakinis. This “naturally arising” Black Crown, said to be woven from the hair of dakinis, was always on his head, but could only be seen by the pure in heart. For the vast majority unable to see this crown, the 15th-century Chinese Emperor Yung Lo, a disciple of the Karmapa, made a material replica for everyone to see. During the Black Crown ceremony the Karmapa places the Black Hat on his head and embodies the bodhisattva of compassion, Chenrezig. It is said to plant the seed of enlightenment in those who witness it.

He brought the Black Hat on his tour and performed the ceremony anywhere he was requested—in large private houses, squats, village halls and even in the tiny room in a Welsh farmhouse where I first witnessed it.

The throne took up more than half the space of the shrine room whose walls were already covered in sacred representations of deities on scrolls. The rest was occupied by the Karmapa’s monks and their ritual instruments. To this day none of us can comprehend how 75 people could also have sat in a room measuring 12 by 12 feet. It seemed to become a cathedral-like space.

Karmapa occupied the throne completely. He had a spiritual dignity that made it his rightful seat, just as the lion proclaims his natural dominion.

His eyes seemed to cover all directions and dimensions: the people crammed together bursting out the door-way into the sitting room, the house, the Black Mountains right out through space and beyond time.

The impact of the Karmapa on our lives was difficult to measure because it is impossible to pinpoint exactly what causes events to happen. We had entered his sacred mandala in which events happen with perfect synchronicity. We had also become part of an ancient lineage of miraculous history—one of the oldest and most revered in Tibet.
When the spiritual King came to town, my life started to go in another direction, on every level—just like that.

One morning during the Black Crown Ceremony whilst sitting next to Sister Palmo and praying, I looked at him and instead of the 16th Karmapa, I saw a hunched man with almond shaped eyes and elongated ears. In my disbelief, I began pinching myself. Sister Palmo was watching me and nudged me and asked why I was pinching myself. Time stood still—it could have been a minute or a century; I felt hypnotized.

I looked at the Karmapa again.

He was not wearing his own hat but another one. I really did not know who this was.

Whilst walking back to the house I mentioned to His Holiness what I had seen during the Black Crown Ceremony and described the vision I had of the hunched Lama with almond shaped eyes and elongated ears. He looked at me and then clapped his hands. His attendant came and the Karmapa said something to him. When he returned, the monk was holding a thangka in his hand.

When I looked at it I saw the same person that I had seen in my vision. To my amazement I realized I had seen the first Karmapa, Dusum Khyenpa. 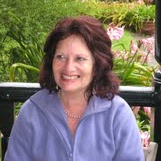