Full of Light They Were, & Third-Eyed. 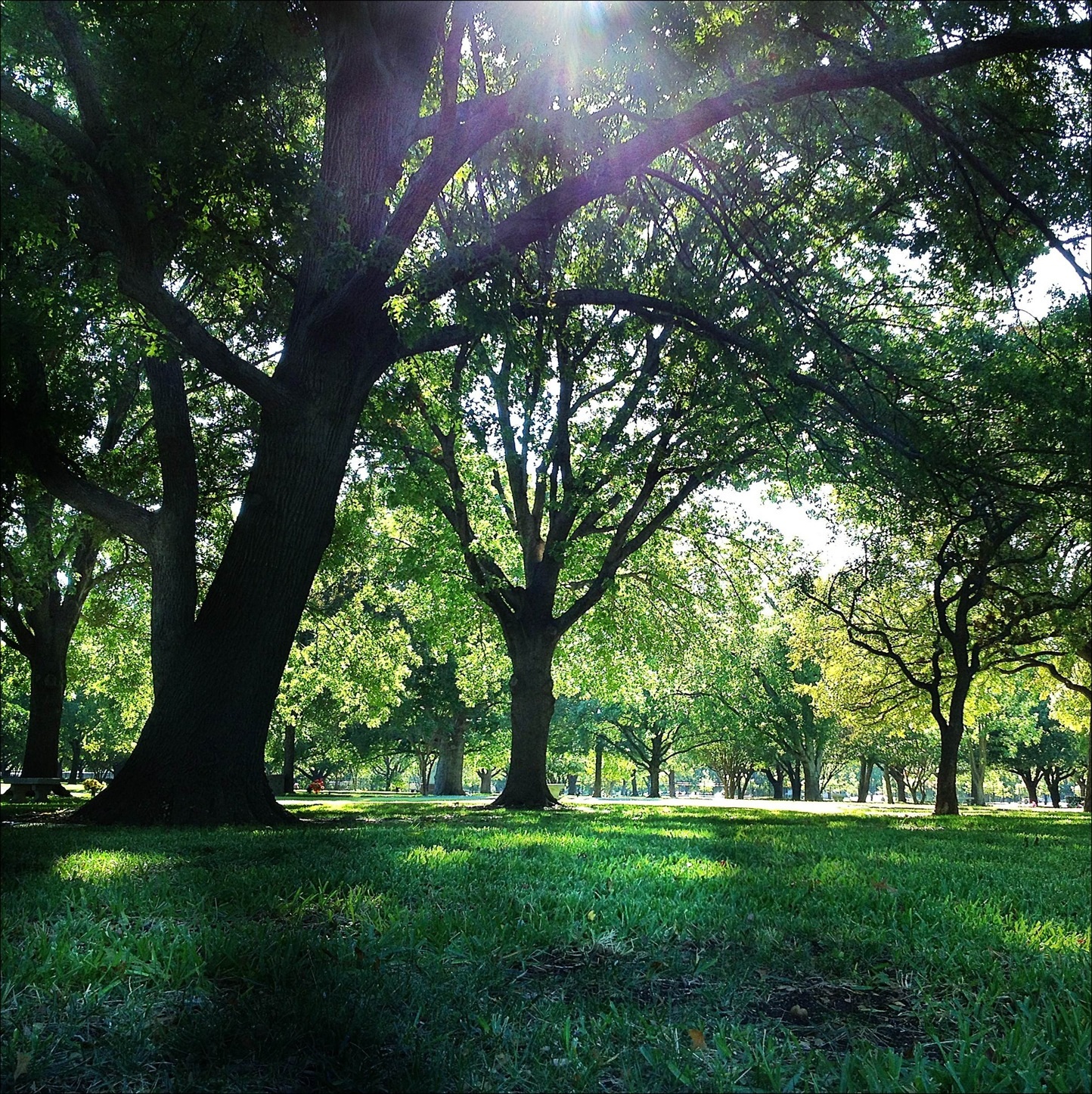 The vibrantly green blades of grass were cool beneath the shade of the oak trees. Overhead the sun shimmered, warming the ground beneath. Nearby, a flowing brook bubbled over a blanket of colorful river rock.

The yogis sat, some in the shade of the trees and some beneath the warming rays of the sun. Some sat on cushions or blankets, and others sat directly on the soft, cool grass. Many were dressed in all white. Some wore head coverings. A few were chanting softly, barely audible over the bubbling brook.

A couple tentatively approached, and then paused before reaching the shade of the tallest oak.

“What? No way,” she protested. “We just biked five miles up the hill! It’s too late for you to back down.”

A light wind rustled the leaves of the oaks. Harrison sighed. His mouth felt as dry as a desert on Mars. He fumbled through his backpack for a bottle of water as Kora pulled out a blanket for them to share. She laid it down under the shade of the tallest oak and motioned to Harrison to sit beside her.

One of the yogis clad in white, stood to face the crowd. She stood graceful and tall, and the light of the sun shone behind her brilliantly. She began to rub her palms together and the rest of the yogis followed suit.

Kora and Harrison sat up tall on their blanket, and rubbed their palms together as well.

“What are they saying?” Harrison asked nervously.

Heavy breathing could be heard over the sound of the bubbling brook. Harrison glanced around, uneasy.

A young girl sitting near them, wearing a green bandana smiled at Harrison. “Like this,” she whispered. She pumped her navel in and out, and puffed air through her nostrils, like a bull preparing to meet its matador. “Don’t worry about the inhale, it will just happen naturally.”

Harrison looked at her quizzically and mustered a small, nervous smile. Kora was puffing vehemently next to him. Harrison attempted to pump his belly in and out as he breathed heavily. It felt strange, but he carried on. He knew this was important to Kora.

The sun burned brightly behind the tall, white-clad yogi as she told them, “Now close your eyes and go inside yourself. Press your tongue against the roof of your mouth to help quiet the mind.”

Harrison squeezed his eyes shut for a moment, but then he opened the left one to peek at Kora next to him. There she sat—red hair flowing down over her freckled shoulders, her eyes softly shut and her face calm. She looked so peaceful.

Harrison squirmed on the blanket, wondering if they would be doing down dog or any sun salutations. Something he was familiar with. This felt bizarre. Sweat began to bead on his nose, even though he sat in the shade of the tall oak.

“Continue to breathe.” At the sound of the yogi’s voice Harrison’s eyes flew open again.

She went on, “Take your gaze to your third eye. The ajna chakra.”

Harrison’s eyes darted over to Kora again. There she sat, nonplussed. Her eyes remained shut, but her pale eyelids fluttered as she presumably took her gaze to the space between her eyebrows.

With the exception of the sounds of the flowing brook, the space around Harrison fell silent as the yogis fell deeply into dhyana. Meditation.

This is what they had come here for, but Harrison couldn’t shake off the waves of anxiety that continued to crash over him. He fidgeted on the blanket again, trying not to make a sound. He squeezed his eyes shut again and took a deep breath, willing himself to relax. Then he felt a gentle tap on his shoulder. It was the tall yogi dressed in white. She motioned for Harrison to lie down on the cool grass. He did so, and she knelt behind him, waving her palm over his face so he would close his eyes.

Harrison lay on the earth with his eyes closed. A moment later he felt the sensation of the yogi’s thumbs on his forehead, one at a time, starting at the space between his eyebrows and stroking upwards to the crown of his head. She did this several times, and to Harrison’s surprise, he felt his tension melt away.

His eyelids fluttered open for a moment and he saw the kind face of the tall, white-clad yogi. The golden light from the sun shone around her as she smiled at him and softly whispered, “Sat nam.”

She returned to her spot at the head of the crowd, and Harrison slowly sat up again, next to Kora. He felt much more peaceful and at ease.

He glanced around at the sea of yogis surrounding him, as they began to sing together:

“May the longtime sun shine upon you,
All love surround you.
And the pure light within you,
Guide your way on…”

Harrison smiled softly as he gazed at the sweetly singing yogis.

Full of light they were. And third-eyed.