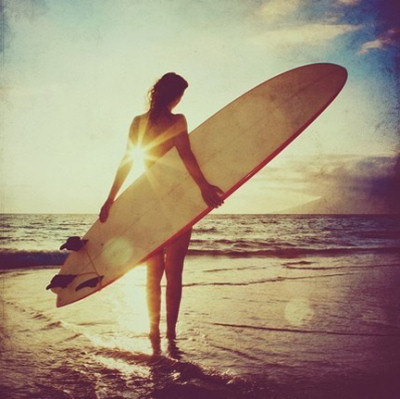 I’m in Sayulita, a surf and tourist town in Mexico about 20 minutes north of Puerto Vallarta.

Even here, in this hot, humid, wholly relaxing climate with “on Mexican time” on the lips of every local, I still meet with human nature, namely that of assumptions and expectations with us gringos.

According to Wikipedia, an assumption is a thing that is accepted as true or as certain to happen, without proof. An expectation is a strong assumption that something will happen, or be the case in the future.

The problem that happens, of course, is that when we assume other people think and act like us—or should—we are bound to be disappointed, frustrated or even demonstrate angry, negative emotions that don’t serve us or those around us. Not only do these emotions make us feel shitty, but they can also cause us ill health and even disease.

My motto is: If it feels good, do it. If it doesn’t feel good, knock it off already.

Should is a guilt word. Whether we wield this word on ourselves or others, it doesn’t feel good.

Never should on ourselves or others! Replace shoulds with coulds.

Assumptions can be about how other people think, act or feel—what their beliefs should be. But assumptions are often not based on what we know of the other person, but on what we know and would expect of ourselves.

For example, the other day a friend had made plans with someone to get together a couple of days later. My assumption  was that it was a loose plan, but my friend thought it was definite. We both made assumptions based on our own life experience, self-expectation and assumptions of the other person.

Two days later, on the day of the intended get-together, my friend hadn’t heard from her friend. She was understandably disappointed.

We had a conversation about it and determined that, in the future, with this particular friend, it would be a good idea to set exact times in advance and then follow up with a confirmation communication (if the length of time before the event warranted it) if the event was important. Alternatively, if someone consistently flakes out on us, we can determine if we want to even attempt to make plans with the person, or at least make back-up plans. As we get to know the habits of others, we can better decide how to effectively manage our differences in preferences.

Roll with it. Accept, and embrace, unexpected circumstances and disappointing situations as an opportunity to practice being present.

Sure, we could have been doing something else, but now we get to do this, whatever this is at this moment. Reality check: the world isn’t ending (unless, of course, the world is ending but still, what can one do about that? Answer: be present. I’m not saying this stuff is easy, just simple).

When I was in Venice, California recently, another friend had planned a birthday party for her friend. She invited about 20 people. All of them confirmed. All were no-shows, including the birthday girl (to be fair to said celebrated gal, it was a surprise party)!

My friend had the best attitude about it because her expectations of the general attitude of the Cali culture is that of extreme flakiness. She tolerates this rude (by many standards) behavior, because she knows it’s mostly out of her control (we lassoed our collection of helium-filled balloons and packed that Whole Paycheck cake down to a nearby pub and celebrated anyway)!

People, situations and life will throw challenges at us that are out of our control. We can choose to learn and grow and appreciate them, or we can be grumpy bears.

Empower-me questions I ask myself when something happens that gets my blood pressure up are, “What can I learn from this?” and “What can I do differently next time?” and “How can I think differently about this now?“

The night before I left Venice to come to Sayulita, I went out with some friends. Short story: My flight was to leave early and one of my friends had a few too many drinks and “forgot” about my early flight. At a certain point I wanted to get to bed but my friend wanted to keep the party going. For an instant (or maybe two, or, okay fine, 20 – max) I was irritated, but then I decided to drop my expectation of how I thought he should be more considerate and instead just went home. He continued having fun, and I got the sleep I needed. Win-win and no hurt feelings.

Sometimes, part of taking responsibility for what we want means asking others for specific behaviors. They might agree or they might not. If not, we can remember the five agreements by Don Miguel Ruiz and choose not to take it personally.

Taking responsibility for what we can and being proactive will help keep us chill instead of ill.

So, instead of feeling crummy when someone does something that displeases us, avoid dis-ease by doing a check-up from the neck up! Making an attitude adjustment and taking feel-good action can realign us from pissed off to positive-postured.

And that feels good. Surf’s up!