Bring Yoga into Business, Not Business into Yoga. 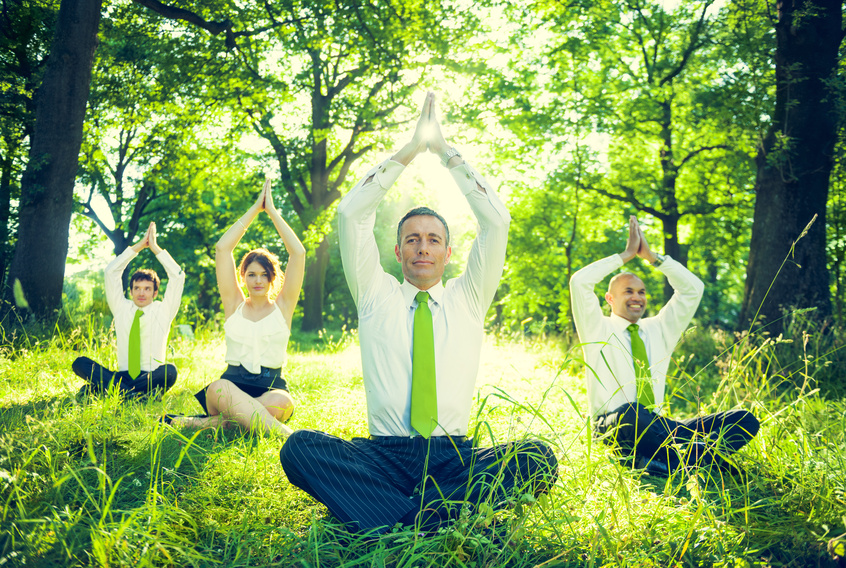 Working in rapidly growing Corporate India a few years ago, I saw modern business trying to emulate the classic Capitalistic ways of the U.S.

The results were poor leadership, lack of human compassion in the workplace, and employees working 12 hour days just to keep up with their co-workers so they were not fired; not to mention the introduction of massive amounts of credit that people could never pay back.

I was watching this happen and was lovingly yelling at my colleagues, friends and anyone who would listen, “Wait, don’t go that way! You all get it already. We (Americans) made a mistake somewhere along the way and went down the wrong path! That is not the way.”

Before I returned home, I made a promise while I was in Bali that I would start a mission to help bring consciousness to the corporate world, first in my own country (the U.S.) and then someday come back to India to do the same.

Upon my return to the U.S., what I quickly found as I made my way on my new mission, was that many corporations had already found consciousness and they were applying it in such innovative ways via the principles of Conscious Capitalism, and it was working. This is something I have been practicing every day since the day I found it.

“Conscious Capitalism builds on the foundations of Capitalism—voluntary exchange, entrepreneurship, competition, freedom to trade and the rule of law. These are essential to a healthy functioning economy, as are other elements of Conscious Capitalism including trust, compassion, collaboration and value creation.”

Oddly enough, I never went back to the quote/unquote “Corporate world” where I thought this huge mission was to be sought after. Instead, I immediately found myself working in the now “$10 Billion Yoga Industry”  where I have been working in my yoga pants every day for the last four years (which I absolutely love; both working in my yoga pants and my job). All the while, I have never forgot about my mission.

Over the last six months something has happened—there has been a shift and it’s been coming for a while.

There is more attention on the yoga industry, an influx of capital and more “Business of Yoga” seminars (some of which I have actually presented myself) than Mala beads at a 200 Hour Teacher Training.

Believe me, money is great. In fact, I think yoga teachers (the good ones) should be paid millions of dollars a year. It takes a tremendous amount of investment to ground yourself enough to hold space for others to grow, and feel loved enough to really see themselves.

Yoga teachers, (again, the good ones) are changing the world.

However, this new attention and growth to this industry is quite similar to my experience in India five years ago: new attention to the country, an influx of money to an already conscious collective, the glorification of capitalistic principles and everyone trying to get a piece of the country. Sound familiar?

During this last six months, I have felt a little more competition than normal in our beloved industry. A little more greed is popping up, and to be honest, it is not balanced with the kindness and compassion that was there just a year ago.

I just want to send a friendly reminder (a little less loudly than I was yelling at my colleagues in India) to all of my friends in the “industry” before we go down a path that many humans before us have gone down, one that is based on competition, winning and solely making money.

As we continue to grow and bring more yoga to more people around the world, and create every type of new “yoga product” you can imagine, let us remember that we are yogis, those who unite and create connections—within ourselves, within our communities and within our businesses.

We are the ones that are supposed to bring yogic principles to the world, not the other way around.

If you read the principles of Conscious Capitalism (there’s a book!) you will nod your head in agreement. We already know how to be kind, compassionate and how to give back to those in need. If you are a yogi, you already know how to be a Conscious Capitalist. Don’t throw those things to the wayside in the name of “business.” Unfortunately, we’re all a little guilty of this sometimes. I admit that even I am.

In business/capitalism, or anything for that matter, it’s easy to compete (and yes, friendly competition can actually make things fun). It’s easy to get wrapped up in the “it’s business” mentality. However, it’s collaboration—which takes care, love and patience to figure out how to collectively work together—that will ultimately create real change, while we elevate each other.

That is bringing yoga into business.

In closing, I have been contacted by more reporters and writers doing stories about “the yoga industry” in the last two months than I have in the last four years. I assure you, the world is watching.

We have a real opportunity to change things here. This is our chance to show them how real yogis do business, consciously. I am here to remind you, you already know how. Namaste. 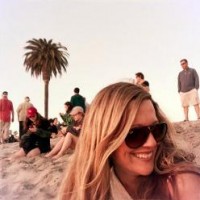