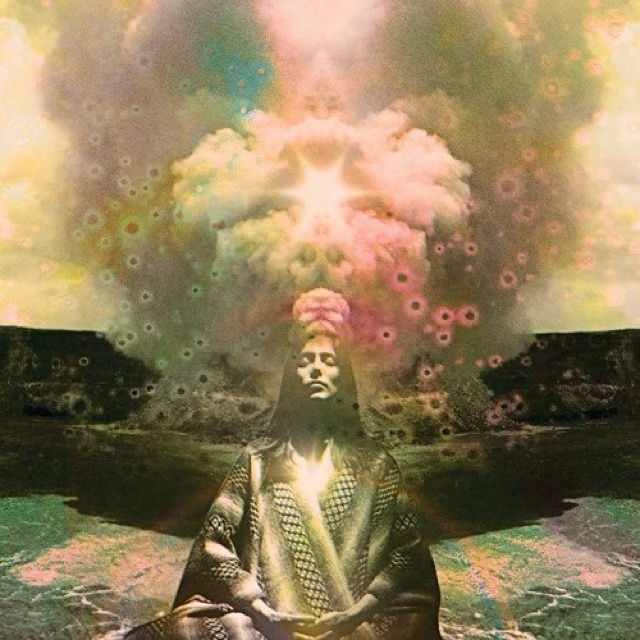 Enlightenment is like winning the Cosmic lottery and everyone can partake in this grand celebration.

It is not biased or limited for only a few fortunate individuals—it is for all us because we contain it already inside of each and every one of us. The best way to describe enlightenment is being in the highest space of our potential and utilizing it in all areas of our every day life. The good news is it’s available to all of us there is no special membership requirements or dues that need to be paid.

In order to obtain enlightenment one can take many paths to awaken one’s kundalini energy.

It is our individual inner most potential energy, also known as kundalini shakti (the Divine Feminine Supreme Power of the Cosmos) which resides in all of us. Kundalini literally means ‘the coiled one’ meaning infinite untapped potential of the universe. This is the name given to a sleeping dormant force in each human being that resides at the root of the spinal column. The sleeping kundalini is a metaphor for the un-awakend potential inside of us.

Throughout the human body we have over 72,000 subtle energy channels called naadi’s .

Of these channels, the most prominent is the Sushumna which runs from the tip of the spine to the crown of the head. Running along side of the Sushumna on either side and crisscrossing it at intervals are the ida and pingala naadi. Kundalini energy of shakti is said to ‘sleep’ in each of us in the muladhara chakra the energy center at the base of the spine. The goal of all kundalini yoga is to awaken and guide this energy up the sushumna naadi to the sahasrara chakra the energy center on the crown of the head where Shiva or pure consciousness resides. The blissful union of energy and consciousness. Shakti and Shiva is enlightenment the culmination of all spiritual effort.

The sad truth about this is most humans being do not even know this energy exists inside them and if they do know about it; they do not know how to access it.

One more thing, the very few fortunate ones who do know about it are yogis and have been practicing asceticism  (absence from various worldly pleasures in with the aim of pursuing religious and spiritual goals) and tapas (penance) for years and years with out much progress. This energy once awakened provides innumerable benefits in various dimensions in our life like health, wealth, relationships, creativity, career, etc.

In order to awaken the kundalini energy one must prepare oneself through yogic techniques. We must practice asanas (yogic postures), pranayama (breathing techniques), kriya yoga (combination of asanas and pranayama), yoga and meditation. Trying to awaken one’s own kundalini can be daunting and a very timely process not to mention dangerous. It could take anywhere from 12 years of a serious dedicated practice to lifetimes on one’s own.

They are many paths to enlightenment and many ways one can have their kundalini awakened but the fastest and most effective way is through deeksha with an enlightened being. Deeksha is energy transmission from an enlightened being who is already established in that state. When the student is ready the teacher will appear.

From the beginning of human existence, Indian Sages, Rishis’s, saints, incarnations, guru’s and enlightened beings have been developing techniques, methods and processes to awaken the kundalini of each individual and the masses at large. The Vedic literature provides thousands of methods used by the ancient teachers to awaken one’s kundalini energy.

The earliest documented evidence of kundalini yoga is from the great Indian epic Ramayana. The author, Maharishi Valmiki who initiates two young boys, Luv and Kush into the science of enlightenment. He explains to the two boys that the power of kundalini can only be transmitted only from a great Master and the receiver would be bestowed with extra-ordinary yogic powers. When the sleeping kundalini is awakened by the guru’s grace then are all bondages pierced or broken.

We may have heard how we only use 10% of brain—this is absolutely true.

When we experience kundalini it awakens the non-mechanical parts of our brain and all the mental patterns and physical patterns are broken, destroyed, and a new higher pattern of consciousness gets evolved which is completely based on freedom and liberation. The first thing that happens when our kundalini is awakened is that our whole body re-organizes itself. It’s like having new hardware and software installed. Our whole systems undertakes an overhaul, almost like when we re-boot our computer. We experience tremendous health and a state of bliss consciousness. These attainments are so great that a person becomes Divine.

Kundalini is directly related to our DNA.

The average human being has twelve strands of DNA and most of us only have one or two strands awakened and will remain like that unless our kundalini is activated. All enlightened beings are operating off twelve strands of DNA and we can be too once we become enlightened. Not having our kundalini awakened is like operating with a 10 watt light bulb when we could be beaming with 100,000,00,000 watts!

It is called Jeevan Mukti or living enlightenment. Living enlightenment is living life at our peak potential with inner and outer success. We experience intense joy, bliss and fulfillment, which illuminate our entire being. Health, wealth, mental clarity and a purposeful life are only just a few by-products of enlightenment. The rewards are infinite.

Life takes on a whole new meaning and we live the life we are meant to causing our own reality. The amazing thing is we are all hard wired for enlightenment and it is our true nature and all we need to do in this moment is claim it.

Sarvasmarana Ma Nithya is spiritual activist and enlightenment junkie sharing and expressing the Divine that lives within. She has lived in India, off and on, the last few yea… Read full bio