The legalization of same-sex marriage, though historic, won’t sufﬁce.

Indeed institutional recognition is only half of the equation same-sex lovers have to solve regarding their integration in society. The gay community may be winning the war on the political front, another equally important battle is awaiting us.

This battle is to make our relationships not simply legal but also sacred, and not only to gays, but to all. This new sacredness of homosexual unions will be the herald of an even greater symbolic revolution. It will have an impact far beyond the gay community and will forever transform the way we view sex, love, and any relationship that involves both.

The institution of marriage illustrates perfectly the dimension of our problem. As a social contract, marriage grants visibility and legitimacy. As an economic union, it increases material security. Yet at its very core, marriage is a ritual and what constitutes a ritual, whether religious or secular, is twofold.

First, by codifying meticulously a particular domain of human life, rituals help make life more predictable. Repeated identically over generations, they have provided a little bit of certainty and security in a world that desperately lacks both. And since prehistory, rituals have been the best antidote human societies have found to cope with the unbearable chaos of their existence.

Yet what people do, what custom speciﬁes, and what the law determines is only the visible part of the iceberg.

One shouldn’t ignore the other invisible and yet essential part: the ritual’s meaning. The meaning of a ritual as paramount as marriage goes far beyond its deﬁnition(s) and the many rights and duties that it entails. To believe that marriage is symbolically deﬁned solely on the basis of love is missing decades of anthropological and historical research. The symbolism of marriage goes much deeper.

In all human cultures, how people love and how they unite emotionally and physically (as in anything that deeply matters to the survival of the group) has never been left to the whims of the people in power or individual sensitivity, let alone randomness. All key occurrences in human life had to conform to the prevalent belief system, which dictates what is viewed as being true, as being beautiful, and as being good. And if the most fundamental layers of that symbolic framework remains out-of-reach, deeply buried in our collective unconscious, they are most readily discernible in the myths.

All rituals, including marriage, ﬁnd their roots—their meaning and their purpose—in the myths of the particular culture that practices them. They relate all key moments in human life to a time of perfection—the Golden Age, the Garden of Eden, Heaven, you name it. They connect human life to the sacred. They make human life sacred. And by sacred I mean both divine and quintessentially human, ever-present, and universal, in other words perfect.

Regrettably the meaning of the word myth today is often reduced to that of urban legend or collective lie. But myths, when one knows how to recognize them (even in a culture as complex as ours), fulﬁll a role that is far more paramount: They tell us where we come from and where we are heading to, who we are and why we are here; they help us understand our place and importance in a universe that is so alien to us; they help us make sense of the chaos of our lives.

Most importantly, myths are never seen as myths by the people who authentically believe in them; they are always seen as the Truth. Greeks didn’t have myths; they had living gods and heroes and monsters. We began to say Greeks had myths when we begun to believe in Jesus Christ’s miracles. Then when science took over, at least some of us began to say that Jesus’ miracles were myths too. Today, most of us believe that the universe emerged from the unfathomable explosion that physicists call the big bang rather than created in seven days. Myths evolve, just like the truth we believe in.

However, when it comes to love, sex and relationships, our myths are surprisingly backward.

Almost universally, the prevalent belief is that the most perfect union is that of the masculine and the feminine. Why? Because it reﬂects the “grand cosmic order,” which in most cultures lies on the delicate balance between opposite and complementary fundamental energies: masculine-feminine, positive-negative, active-passive, yin-yang. You can actually draw a straight line from ancient Greece to China and include pretty much everything in between. These sacred polarities are held as the only true source of life, harmony, and perfection. Christianity inherited the gender polarity; so did Tantric philosophy and alchemical thought. How we conceive sex and marital love does not escape this paradigm, and in the Judaic, Christian, and Islamic cultures this sacred polarity is forever encapsulated in the biblical myth of Adam and Eve.

“Then the Lord God made a woman from the rib he had taken out of the man, and he brought her to the man. The man said: ‘This is now bone of my bones and ﬂesh of my ﬂesh; she shall be called woman, for she was taken out of man.’ That is why a man leaves his father and mother and is united to his wife, and they become one ﬂesh.” (Genesis 2:22-24)

While marriage as we know it here in the West emerged ﬁrst as a secular institution in the early years of the Roman Empire, it has survived and ﬂourished in the West only thanks to the Church. It is by and large the Church that made marriage the centerpiece of Western society. 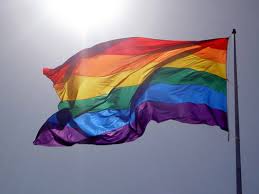 Despite the later split into a secular institution on the one hand and a religious institution on the other, marriage today remains anchored to the same symbolic image: the procreative union of one man and one woman. If the symbolic correspondence is clearly acknowledged (if not imposed) by religious leaders, it subsists at the subliminal level in the secular discourse on marriage. Why? Because while the institution and ethic of marriage have evolved signiﬁcantly since the so-called separation of the State and the Church, no solid symbolic alternative has ever succeeded in displacing, let alone erasing, the old Judeo-Christian myth. Even denied, the myth remains alive, consciously or subconsciously, including among non religious people. (Interestingly, evolutionary biologists found it “natural” to call the most distant male and female ancestors of the modern human lineage by those same names: Adam and Eve.)

Today, however, the abundant works of biologists, anthropologists, and social scientists demonstrate that life works very differently. Among humans, apes, and many other species, sex has evolved to become far complex than a simple reproductive pairing. Sex orchestrates complex interactions among individuals in a group, irrespectively of their ability to procreate.

As to love—Love—a simple binary model won’t do the trick anymore. Love is more subtle and diverse than the coupling of the “active male” with the “passive female.” It is not just homosexual relationships that don’t ﬁt in; it is the entire spectrum of relationships—whether homosexual or heterosexual—that is trying to escape the suffocating girdle of traditional models that are all fundamentally heteronormative, sexist, and procreative. Because our symbolic framework has not changed, same-sex marriage remains at best an oddity, even if an acceptable one. Same-sex marriage, and gay love for that matter, is—unlike heterosexual love—nowhere represented in the sacred. No myth gives us a sense that the love we bear in our hearts is beautiful and holy. We remain at odds with a Cosmic Order that was deﬁned more than two millennia ago and that we still haven’t revisited.

“To change something, build a new model that makes the existing model obsolete.”

Anti-homosexual prejudice, as any kind of prejudice really, strives on a lack of a powerful alternative. Social acceptance has a structure to it, and like any structure it has a foundation: the connection to the sacred. We have yet to create a worldview that is consistent with the love we bear in our hearts, and we have yet to invent a vision of the universe that celebrates who we are.