My Aching Back: Yoga Poses & Tips for Lower Back Relief. 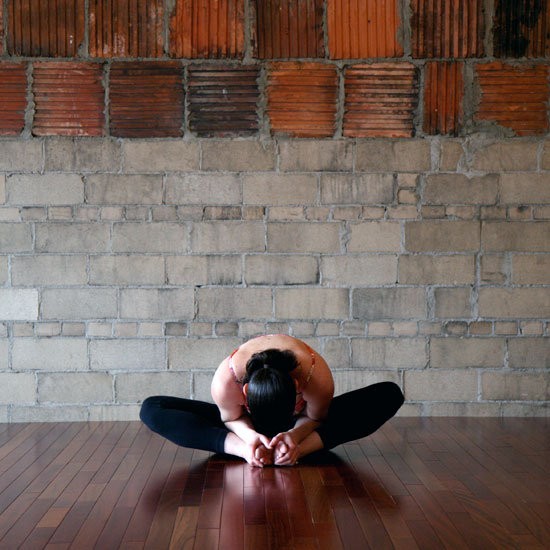 Beginning at an early age, I’ve problems with lower back pain.

I’m hardly alone—in the United States, an estimated 31 million suffer from this malady at any given time.

Indeed, one of the main reason I started yoga in the first place was that I thought that it might help my low back woes. It did, but at the time I had no idea why that was the case. (I erroneously though that my back problems were the result of tight lower back muscles and yoga was helping to stretch things out.)

As it turns out, my problem was the result of several things, but tight lower back muscles was not one of them. Namely, my chief problems were weak core muscles and shorten heel cords.

The latter, which is common in women who are chronic high heel wearers, can also cause the muscles in the backs of the legs to ache. In severe cases, it can be impossible for the sufferer to wear flat shoes for long periods of time or even stand around barefoot. I never wore high heels, but I did toe-walk as a child which caused those heel chords to shorten. My sedentary lifestyle in my teens and early 20s did not help either.

The good news is, lower back relief can be relieved or even cured. The tips below have been a great help to me and require minimal time and fuss.

Read below for some of the best I have found:

(Note: Keep in mind that it’s best to check with a doctor or health care provider before embarking on this or any fitness regime.)

As mentioned above, this particular ailment often strikes chronic high heel wearers. While many think the best fix is to stop wearing heels and switch to flats, this can often be a recipe for more pain.

As podiatrist Suzanne Levine explains in her foot care classic, My Feet are Killing Me, shorten cords are often unable to stretch to accommodate flats.  Instead, she recommends switching to shoes with a one inch heel and lengthening the cords until they can tolerate flat shoes.

As a yoga instructor, one of the best things I have found for this is downward facing dog. In fact, I urge back pain sufferers if they only learn one yoga pose to learn this one.

The key to using this pose to help lengthen the heel cords is to never, ever force the heels to the floor. Doing so will almost always result in injury. For some people, the heels may never reach the floor, and that’s okay. However, over time, they should should come closer to the ground. (In the case of extremely tight cords, place a blanket or towel underneath the feet for extra support and height. Just be careful to chose one that won’t slide around on the mat.)

Another pose that is helpful is ardha hanumanasana or half front splits pose. While some newbies may flinch at the mere mention of “splits” the goal here is not to go into a full split. I love this pose because it can be modified for even the tightest of students. Using blocks is also a great idea.

For someone with both ultra-tight heel cords and tight hips, I recommend starting out with the hands on blocks at their highest height. As flexibility increases, the blocks can be lowered and eventually the hands may be able to reach to the ground. As in the case of downward facing dog, the key is not to force the body until it is ready.

While many people hear the word “core” and immediately think of six pack abs, the fact is those lower core muscles-the ones that we cannot see-go a much longer way in protecting our lower backs than the ones that make up a six pack.

I was surprised to learn that despite having a rather flat stomach with some visible muscle definition, my overall core is very weak. (One of the best ways to test your core muscles is to try crossing your feet and trying to lift them off the ground. Those of us with weak cores will notice we are using our arms far more than our core to try and complete the task.)

One of the easiest ways to access those lower core muscles is to stand in tadasana or mountain pose. While it may look easy, when done correctly, tadasana is engaging those core muscles to keep us upright. (I tell my students to imagine that someone is going to push on their bellies and engage the core muscles to prevent them from stumbling backwards.)

Other great poses include cobra and boat/navasana pose. In both cases, remembering to draw the navel back to the spine will keep those low abs engaged and build strength.

Lower back pain can be miserable and something that most of us wouldn’t wish on our worst enemy.

However, help is available and following the above tips can provide relief in a relatively short amount of time.

Even if you happen to be one of those lucky souls who has never suffered from low back pain, it is a good idea to take steps to prevent it from happening.

As someone who has suffered from it, I can say with some degree of authority that this is one of those cases where an ounce of prevention is worth several pounds of cure.

Yoga & The Lower Back: From Pressure to Power.

How & Why Yoga Helps Lower Back Pain.