The One Thing That Changes All Relationships. ~ Freya Watson 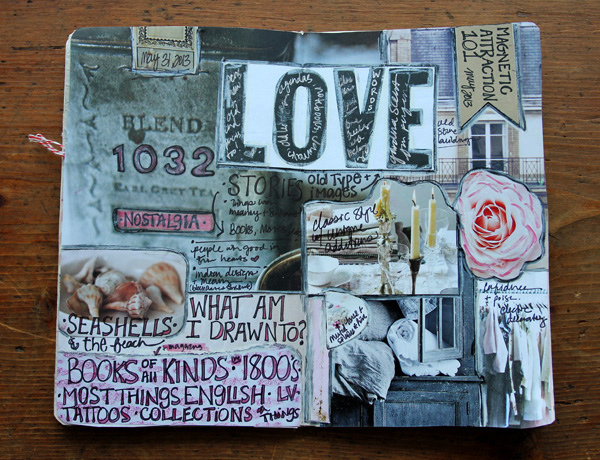 We live in a vibrational world, where similar vibrations attract.

“I was going through a tough patch in my relationship. It felt as if I was carrying everything myself, with my partner just not being there to support me… Being ‘self-aware,’ I thought I had reflected on myself sufficiently (a dangerous assumption to make!). I had looked at the situation from all angles, wondered what I was projecting onto my partner, wondered what I need to look at myself—but I still kept feeling let down and unsupported.

Eventually, one day, the frustration hit a particular low, and I let all the unspoken feelings and criticisms come tumbling out—and it turned out to be the key that unlocked the door to understanding. As I stood there, venting my feelings about how my partner was just like my father (my own limited view of him, that is)—head in the sand, not willing to engage, blah, blah, blah—and he voiced his views about how I was just like his father, always on his case, criticizing him, nothing good to say, etc., we suddenly realized we were playing the image of each-other’s fathers to perfection.

That night, as we lay in bed, I laughed at the idea that there we were, the two fathers in bed together – but where were the ‘real’ us? We’d been so busy repeating patterns of the past—and bouncing them perfectly off each-other—that we’d lost ourselves in the midst of the drama. The humor led to a more light-hearted sharing about why we’d been feeling, and behaving, as we had—and to a place of more genuine understanding for ourselves and for our fathers.”

(from The Beautiful Garden )

My thirties were a dramatic period of change in my life.

Stepping into management for the first time in my then-career; getting married; having my first child; working through the practical and emotional aftermath of my marriage break-up; and re-connecting with my life-long passion for healing. But there was one thing that fundamentally changed my life more than any of these.

Looking back, it seems hard to believe that I ever lived my life with a perspective other than the one I have now.

I find it hard to connect with the young woman to whom things happened from outside and for whom things took off only through her own hard work. Her periods of introspection revolved only around wondering what she could do differently to make her life different—how she could through action, influence her own and others’ behaviors in order to yield a better outcome.

And the model worked pretty well, up to a point—as it does for most people who have energy and brains to burn, and the ability to apply them in a focused way.

But have you ever found yourself at a point in your life when the universe just throws a curve ball and you wonder how you’re supposed to handle it? A time when none of your normal response mechanisms seem to work anymore?

It seems to be a common story for a lot of us who stumble across the road less traveled, having shunned it for years. We’re in a situation, or something happens for which we are ill-prepared, and which ends up being a catalyst for dramatic personal growth.

When my usual “be calm, be logical, apply yourself and communicate” model of the world failed to sort out my own personal catastrophe, I felt as if I was falling apart.

It was the closest I’ve ever come to a nervous breakdown and yet, as the old model fell away, new doors began to open. They were doors that I couldn’t resist walking through, with my insatiable curiosity still intact and my longing for emotional pain-relief.

The discoveries I made when I walked through those new doors didn’t relieve the pain as quickly as I might have liked. But the understandings that came helped to soothe it considerably and they have helped to avert a lot of unnecessary pain subsequently. And the biggest of these understandings was that we live in a vibrational world, where similar vibrations attract. 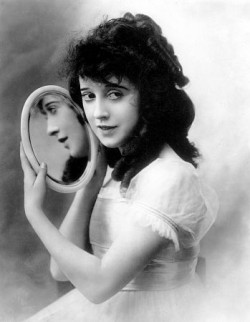 At some level, everything that I was encountering was mirroring something in me—whether I was conscious of it or not.

From this new vantage point—and with the help of a skilled guide who could lead me through the then-unexplored territory of my subconscious—things began to make sense. The lovers who kept disappearing just when I needed them most. The lack of emotional engagement with my career. The constant procrastination over what I really longed to do with my life. Even the re-routing of my creative energy into childbearing. It all took on a totally different appearance as I began to see it as a reflection of some part of myself.

That period of my life was an intense one, filled with the highs of new discoveries and the lows of regret. But as I picked up and rediscovered some of the tools I needed to become my own guide, I noticed a deep shift in my relationships.

I no longer automatically blame or jump in to fix things when a relationship isn’t going right.

Instead I take the time to sit with the deeper dynamics of the situation to see what it might have to tell me about myself. Only then, if at all, do I take action—and that action is usually focused on myself. Often what I notice is an unacknowledged belief system playing out, or an old pattern that still catches me out occasionally. And the converse of this is that I don’t accept the blame as readily from others either.

I’m lighter in my engagement with others.

Somehow, recognizing that what comes to me is a reflection of myself pushes my humor button. As in the story above, laughter is often the end result of the inner-reflection that follows a period of frustration in my dealings with others. And understanding that I have the ability to shift my vibrational frequency (through laughter, meditation, dance or whatever feels right) brings with it a sense of empowerment which is very different to the feelings of hopelessness that we often feel if we think we’re at the mercy of another’s actions.

This may seem a strange one, but if you follow the idea of a vibrational world through to its conclusion, isn’t it obvious that there really are no such things as secrets to those that are vibrationally sensitive (intuitive)? So what have I got to hide? Whatever is inside of me – and there’s more than I will ever understand through my limited mental faculty (no smart remarks here please!) – is an open book in energetic terms and already influencing what is coming to me through my experiences in life.

Most of all, though, intimate relationships (both short and long-term) have taken on a soul depth that I had always yearned for in my teens and twenties.

My depth of inner understanding and reflection was being matched by others with a similar desire for depth. They reflect me, in ways that I both like and sometimes struggle with. And I reflect them, which can also be beautiful but can be disturbing at times too.

These are true of all relationships—uncooperative colleagues, challenging children and trying relatives—as well as of our intimate connections.

And even you, my reader—as you work your way through these words and respond in whatever way you do—are reflecting some part of me, as I am mirroring some part of you. I just hope it’s a comfortable reflection and that I’m not pushing some great big “warning” button that’s been waiting to go off.