To be Humbly Human is to be Truly Alive ~ Jessica Knight 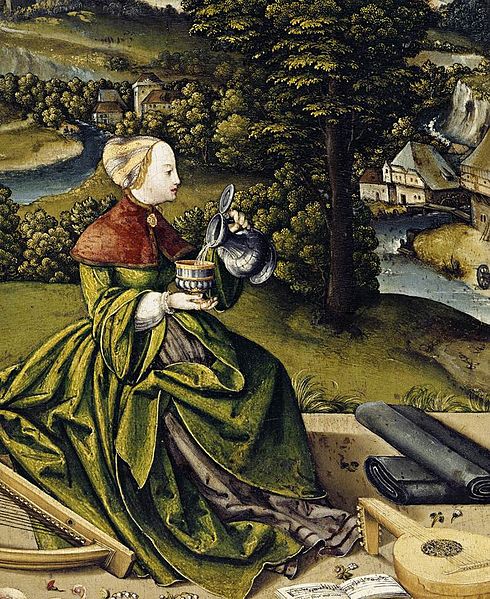 She was a girl who felt the ancient teachings of the East in the empty spaces of her body, peppered with a pull towards the mystic and most things magical.

They lived in her memories of a shimmering, golden Sikh temple and vibrantly colored Hindu altars that adorned the side of busy streets she had walked along in her childhood.

She recalled the thick, sweet smell of smoke from burning incense carried to her nose through humid air up and over food stands, and bustling crowds. She thought back to peaceful and shiny bronze Buddhas protected by glass cases that were smudged with forehead and finger prints in an old, dusty museum.

She remembered the time she had buried a sliced red apple, bound together by a crimson ribbon, as part of a true-love spell she cast after she found finding it on the internet during her younger years . She would never forget the time she had been sure she had spotted fairies flying low among the grass once upon a memorable hike.

She picked and chose what she liked from different spiritual teachings, and left behind what she did not. She believed that plants and positive thoughts had the ability to heal. She felt pulled by a sense of comfort she derived from Sanskrit chants, even when she didn‘t know what the words meant.

She held music very close to her heart, and was in love with the way it moved her. It had the ability to push her to the point of tears, and the ability to fill her up with laughter. Tribal rhythms guided her hips in the shape of a Figure 8 and weaved her arms along mysterious pathways around her body and above her head. Whatever the tune, she liked to listen to it with the volume turned all the way up, until the thoughts in her head were swept away by the emotions the song stirred up in her soul.

Sometimes it felt good to feel sad to slow strums on a guitar and teary eyed lyrics. It was funny how, depending on what she was going through, a song‘s meaning could change to speak to her situation so clearly.

Other times she was in awe of how she could feel reminiscent of a time that existed long before, while listening to the sultry voice of a 1950‘ s songstress or a 1970‘s rock star. She smiled and swung her head around to electronic beats and synthesizers, embracing what she considered instruments just as much as the drum. She could never seem to get all the lyrics right in a song, but she sang them anyway.

She sensed a universal connection that coursed through all beings. Tears welled up in her eyes and blurred her vision when she saw someone else crying. The inside of her chest swelled at the innocence she saw in an animal‘s face, and the right note on a violin was enough to tug at her own heart strings. She felt immense amounts of joy, and was sure that one day she might actually burst from all the adoration she felt for her family, for her lover, and for the friends and animals she held close to her. 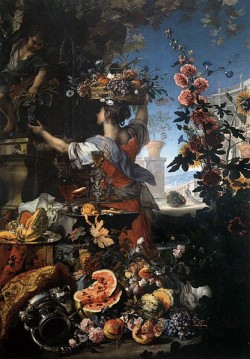 At other times, she felt swallowed up by loneliness and negativity that overcame her for reasons she could not explain.

She loved when something or somebody caused her to laugh, and tried to make others laugh, too.

She knew anyone would be hard pressed to hear something more beautiful than these spontaneous and uncontrollable sounds of joy, that varied so greatly from person to person, and she wished to experience them as often as possible.

She was not only a feeler, but a thinker as well—often to her own detriment. She thought long and hard about how her words affected people, and paid too much attention to what others thought of her.

Her head would run off with a simple statement uttered to her by another, and think of all the things it could have meant, until she could remember to take a deep breath, and release the thoughts with a hard shake of her head.

Her mind seesawed as she worried about something as trivial as how an awkward moment portrayed her self to a stranger. And in the same daydream, she pondered such immense questions as how the Universe came into being from “nothing,“ and wondered what nothing really meant—until the idea of knowing nothing overwhelmed her.

She reveled in language and the roots of words, and ruminated on why, at times, she could not articulate them the way she wished to.

She had very vivid dreams that she couldn‘t always interpret, and that sometimes scared her.

She had a feeling that this might be an important gift and tool, and hoped that she would one day learn to take advantage of it.

She thought about her past, sometimes with a deep sense of gratitude, and sometimes with a knot in her stomach of memories she wished to forget. She reminded herself the past was a story, and without it, she couldn‘t have reached the chapter she was on presently. She looked into her future, which sometimes caused a new kind of knot to thread itself inside of her belly in fear of the unknown.

During better times she felt a bright beam of hope, motivation, and splendor in all the possibilities that the unknown possessed.

When she was able to be present, she felt strong and rooted like an old tree, while simultaneously feeling as free as spiraling wisps of clouds in the sky.

She wished she could be a thousand different things at once, and do everything the right way. She felt disappointed when she didn‘t succeed. She surprised herself with her capacity for love, positivity and change. She realized there was no wrong way.

She wished for peace and happiness for all plants and creatures alike, at times even feeling empathetic to objects generally deemed “inanimate.”  For in her heart, she realized that energy could be stored in anything and everything. Fear, sadness, anger, love, excitement and hope could exist in all  things (if someone willed them into existence).

Stone walls engraved with hearts and filled with lover‘s initials, sidewalks that had witnessed a great act of kindness or a tragic accident, a house that had fostered a family throughout generations, a book that held the wisdom of words with enough power to change the way a person lived their life—the imprints of all of these things were alive as birds in the sky, fish in the sea or you and me.

She was a sensitive soul. She was scratching the surface of what it meant to create the life that she desired, and this notion excited her in ways she could not describe.

She was learning to push the fear aside, and to focus on loving herself, and all other beings.

She was starting to embrace who she was, who she was not, her light and her shadow that had always been there, and would always be.

She was tired of letting life happen to her, and vowed to shape it her way instead.

She wondered to herself how many other people and things were thinking the same thoughts, or sharing the same feelings, as herself. She decided there must be many, too many to count. She wondered  about the stories of others, and wished to offer hers in trade for theirs. Just the thought made her feel closer to them, and she hoped that the same realization would make them feel closer to each other, and to her, as well.

Photo: Painted tabletop for Erasmus Stedelin; Flowers, Fruit with a Woman Picking Grapes; A lady in a lilac dress with flowers (For him).