What is Oil Pulling & How to do it. 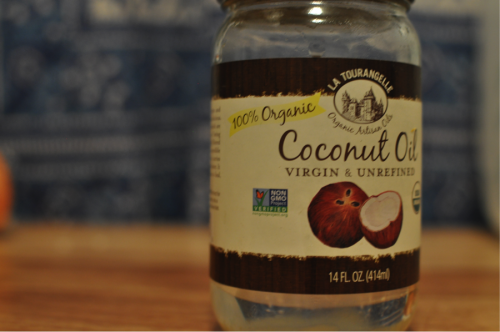 Oil pulling is an age-old remedy, from India, that cleans and detoxifies the teeth and gums.

The practice of oil pulling started in India thousands of years ago, and was first introduced to the United States in the early 1990s by a medical doctor named Dr. F. Karach.

It’s been known to whiten the teeth and is beneficial in improving gums and removing harmful bacteria.

The oil is swished in the mouth for 20 minutes and the amount of time is crucial. Oil has the ability to remove toxins without harming the teeth or gums.

~
An expert weighs in on how to do it:

Though I’ve been practicing oil pulling for two years now, I’ve seen a rise of interest in it recently, via posts on Facebook, through talk about one’s experience with it, the type of oil one uses, and questions regarding the amount of time it needs to be done, so here’s a How to:

How to do Oil Pulling?

Swish a couple teaspoons of a vegetable based oil, (coconut, sesame or olive) in the mouth for 20 minutes and then spit it out and rinse well. Make sure to spit it out in the trash and not into the sink to prevent clogging the sink. Oil pulling is best done in the morning, before eating or drinking anything.

Put 1-2 teaspoons of oil into the mouth.

I prefer to use organic coconut oil, it has a sweeter taste than the other oils. Scoop it out as a solid and let it melt in the mouth before swishing. Swish for 20 minutes. Timing is important, to insure it’s long enough to break through plaque and bacteria. The oil will get thicker and milky as it mixed with saliva and will be creamy-white when it is spit out. Rinse with warm water then brush well.

Our ancestors, as well as indigenous cultures, knew the health benefits that can be gained through the use of plants, cooking and kitchen supplies, and as it turns out, our using oils, such as coconut, sesame, and olive, help to moisturize the body, and as it ends up, our kitchens can also offer cleaner and brighter smiles.