Photos are too Photoshopped Nowadays? A Before & After From the 1930s. Okay, maybe “Photoshop” is a recent concern, but have you ever looked up “photo manipulation” on Wikipedia?

It’s a pretty interesting reminder that doctoring photos existed well beyond the age of digital photography. Because retouching photos has been around for as long as, well, photography.

There’s also an interesting conversation happening over here on Reddit titled, “For those who say photos are too photoshopped now-a-days. Here’s a before and after photo from Hurrell’s Hollywood Portraits in the 1930’s.”

The conversation is about the myth that only current pictures are photoshopped.

This particular image of Joan Crawford is a stunning example of the use of photo touch-ups, well before the age of Instagram: Speaking of Instagram, this photo of Beyonce recently made headlines for suspicion of poorly executed photoshopping:

And then there was this—Lorde slamming a retouched photo that removed her acne scars. Yet these contemporary examples aren’t necessarily the founding fathers of photo alteration, as the Reddit portrait would have us plainly see.

Actually, there’s a really famous photo of Abraham Lincoln that was notoriously altered using the body from a picture of John C. Calhoun, a South Carolina-hailing politician in the early 1800s, and the head of Lincoln from a famous seated portrait by Mathew Brady—the same portrait which was the basis for the original Lincoln five-dollar bill. And some of my favorite family photos are old, framed heirloom pieces of my ancestors done in sepia tones with flattering shades of pink added to cheeks and lips—God knows that I wish some of my own early childhood photos had seen the paintbrush of an artist. (I mean, we all remember perms and puffy sweaters, and it’s unbelievable what some cruel people will tag you in on “throwback Thursday” Facebook days.) 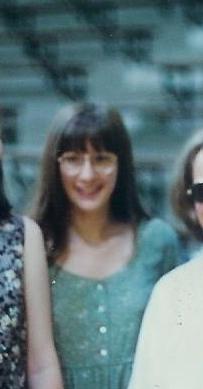 (I cropped out my fellow junior high friends because I have a kind heart.)

Yet this isn’t to say that our current level of photo altering is not an increasing societal problem—after all, it’s significantly easier to make more flattering photos with our ever-increasing level of technology and the availability of computers. That said, airbrushed photos of glamorous women are not only a new phenomenon—and they’re not an exclusively new-age problem either. (Playboy has been around since 1953.)

The real issue becomes that we expect photos of celebrities, and other culturally significant images, to be photoshopped—it’s not as hidden or as rarely admitted to anymore, which might also be a good thing.

Arguably the ultimate effects of older methods of photo manipulation are altogether similar to modern methods—it’s the time and effort to achieve such results that varies drastically, hence the prevailing commonality.

Another thing that’s perhaps more permissible “now-a-days” is our regular, and daily, self comparison to a fictitious celebrity standard.

These photos of Jennifer Lawrence and Keira Knightley, for instance, shows how often scantily clad celebrities are proportionally adjusted:

Moreover, we practically live our lives in cyberspace. Instagram, Twitter and Facebook are just obvious examples of how we connect with “friends;” virtually envisioning how our own lives should appear.

How many of us have compared our stomachs to a friend’s cute bikini-beach shot, or our yoga poses to a yoga rockstar’s social media share? All of us, if we’re being honest about it—and that’s the real problem.

It’s not photoshop or even celebrity culture—it’s that we think it’s okay to compare ourselves to other people and then judge ourselves the loser. And based on what? More chiseled abdominal muscles or a prettier handstand?

Because those pictures are not real, even the #nofilter ones. No, these are limited snapshots of a life that we were permitted to see; that we were wanted to witness.

Most of us don’t plaster our epic yoga pose fails or that unflattering bathing suit picture from vacation. Most pop singers aren’t sharing their zit-cream covered skin with you. (Well, an irritated Lorde might.)

I’m not suggesting that we unquestionably accept horrifically unrealistic body image standards—I have a small daughter who I hope to raise with strong self-esteem, and I remember my own Seventeen-magazine-I’m-not-as-pretty-as-she-is years. Still, maybe it’s time to flip our perspective just a touch—no lousy pun intended—and go ahead and share that epic fail or that belly-roll shot—or maybe we should simply stop being so hung up on living via social media in the first place.

Let’s remember what our special life moments are all about—and it’s not sharing them on Instagram.

Let’s consider, too, that we are more than mere flesh and bones. Much more.

We are artists and scientists and mothers and lovers. We are three-dimensional people—unlike these flat, one-sided photographs that we so readily contrast ourselves with.

Maybe we are the problem and the solution—not photoshop.

Bonus: Scroll through those Reddit comments for some great photo links.