I had a dream in which a great teacher told me that the way to heal shame is to make art.

I don’t particularly consider myself an artist, but I awoke with the words clearly in my head.

At first, I just believed it. It felt right, and I immediately remembered the freedom, play, and even power of discovering something from nothing.

Then, it made sense. Shame is about disempowerment, whereas with art we are the creators—we are the Game-Masters. Finally I had to ask: Why do we experience shame in the first place? And that’s when I saw the dangerous connection between shame and art.

For most of us we feel shame when we are seen for who and what we are, and are then ridiculed or
dismissed because of it. When are we more fully exposed than when we self-express, exhibit or perform? Poetry, singing, painting, speaking, lovemaking, being spontaneous: this is where we are vibrantly and unabashedly our revealed selves, fully manifesting our most vulnerable and honest self-expression.

My earliest memory of shame came when I was about six years old. I performed a kind of cheerleader, singing-dancing thing in front of my parents and grandparents. It had can-can type moves including turning around, bending over and flipping up my skirt during the routine.

The moves in the dance didn’t even register for me as being inappropriate as I had not even an inkling of the sexual undertones.

My family seemed to love it, laughing and applauding loudly—and I beamed in the glow of their approval. But quickly afterward my older sister grabbed me and told me in no uncertain terms that they were laughing at me, not with me, and that I was an embarrassment. What had I been thinking so as to make such a ridiculous spectacle out of myself?

My glow dimmed and was extinguished in shame.

I can see now that she was trying to protect me, and also possibly jealous of the attention I was getting, but at the time I felt horrible for the full on, wild and open performance I had just given. I believed that I had done something bad—worse than bad, actually gross or despicable. It was my first memory of shame, and I, unsurprisingly, started to hold back.

My spontaneous dance performances stopped and my inhibition about being seen began.

It wasn’t just about performing—over time I began to hold back my natural self-expression altogether, censoring what I saw, thought and believed based on what I believed would be accepted. This was my move from internal to external validation.

This is just one story of how it might happen, and only one example of where I felt shamed, but everyone I have ever met or worked with has an analogous one. When did you begin holding back or moderating your self-expression?

The truth is that we all started out free, unabashed and yes, artistic. We expressed who we were from our first moments, and that developed into our unique interests. At first it was just absolute, pure self-expression: throwing food on the floor, screaming with glee, reaching for what we wanted.

At some point our self-expression shifted into something more sophisticated: dance, sports, music, crafts, building, theater, writing, teaching—and even to more contemporary arts like programming, gaming, slam-poetry, body-art and more.

Perhaps it even manifested as intuitive, shamanistic or spiritual pursuits.

We do these things when we are being most fully ourselves, and being shamed or ridiculed when we are at our most vulnerable goes in deeply. The image is of taking off our armor, holding open our shirt and making a deep reach for connection by offering own our song—and then being shot.

It makes us take a hard look at things, question our own self-expression, the safety of the world around us, and very likely come to the conclusion that the fault lies within ourselves.These are some of the key components of shame.

What happens when we make art anyway? Because when you get down to it, creating art is just another name for being honest. When we express ourselves, visually, verbally, physically, artistically, we get to find out what is true and what is not—both inside ourselves and in terms of the impact on others. We offer ourselves fully with no guarantees about how others will react, and no way to take it back.

At first, it’s a huge risk. We have no control over how people will receive us. Soon, it becomes sweet, playful and even comical.

The freedom of expression itself is so clearly its own reward—authentic and life giving. It may even become profound, and start to have a life of its own. 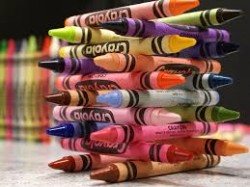 Our natural voice begins to come back to us, and we find that we are far stronger and more mature than we thought we were. When we express ourselves, some people will laugh—and we may notice their own fear of being seen rather than assuming it to be a judgment about us. “Look how silly she is,” now becomes a transparent mirror showing someone directing attention away from himself so as not to be seen.

Some people will criticize, and we may see that between the self-righteousness or even vitriol they have some good points. We may allow it to influence and mature our expression, while disregarding what isn’t true for us. Some people will be in awe, and that may be the most difficult of all to take in.

What if we are simply amazing?

Maybe we are deeply inspiring in our craft. Perhaps it’s the impact of the exquisitely perfect expression of our true vulnerability when we say something as simple as “thank you.” What if our beauty of expression is so undoing that it brings people to their knees, and sometimes—in their own shame—they try to shut us down?

That, so far, is my experience of the human condition. We are one, eternal embarrassment because we can’t help but to express and love so constantly. The best we can do is to awkwardly pretend that it’s not happening and assert that no one else should be doing it either. We ironically refer to this as “being cool.”

Want to heal shame? Make art. Be yourself, and express your uniqueness.

There is no act more radical than the act of creation.