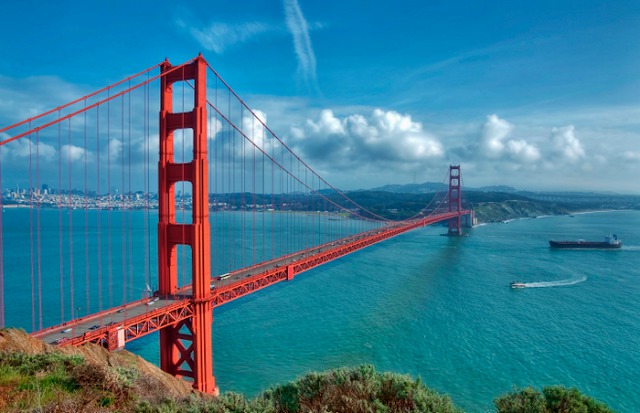 Update: In March 2015 San Francisco became the first major city in the U.S. to ban the sale of plastic water bottles on public property. Another reason to love SF!

My love of California has been known to waver dangerously on the line between touching devotion and insane fanaticism.

But there’s a reason for it! California is heaven!

And in all my travels, I’ve yet to encounter a place able to capture my heart like San Francisco.

I could go on at length about the astounding natural beauty, the rich and vibrant culture or the highly-evolved level of social understanding and acceptance (see what I mean about my obsession?), but for now I’ll stick to focusing on the many green measures the city has taken in an effort to exist more gently on this earth.

San Francisco is known as a leader in environmental action, providing an example that other locations look to when mapping out their own environmentally-conscious plans. I’ve yet to encounter a “Greenest Cities” list that doesn’t include San Francisco, and Huffington Post named it the greenest city in the U.S., alongside our Northwesterly neighbors, Seattle and Portland.

Here, all the basics of eco-friendliness are well-established. 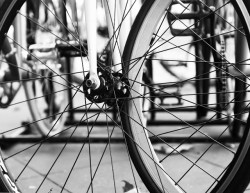 Public transportation is far-reaching and widely-used, and and guess who you’ll find on any of those lists of Top Bicycle-Friendly Cities? Plus, recycling and composting are mandatory; failing to separate recyclable and compostable material from landfill trash is actually against city ordinance. Organics are encouraged and widely-available, and the most comprehensive list I’ve found names 25 Farmers’ Markets throughout the city.

That’s just the start, though.

San Francisco was the first-ever to ban plastic bags. No grocery story, food establishment or retail store uses them. (The initial plan was to simply charge a fee for plastic bags, but when the plastic bag industry lobbied to prohibit the fee, the city enacted an all-out ban instead.) Now, even paper bags are only given away for a small fee (10 cents) to further encourage shoppers to bring their own bags. (Is your city working to ban plastic bags? Find out here.)

Styrofoam (another form of plastic) is also barred—all food vendors and restaurants in the city must use compostable or recyclable packaging for to-go orders.

More recently, legislation has disallowed the use of city funds to purchase single-use plastic water bottles, and banned the distribution or sale of plastic bottles smaller than 21 ounces at events on city property. (Nine bottle-refilling stations have been installed in various locations throughout the city to help citizens and visitors stay hydrated without the extra plastic.)

And—how could you not love this place?—SF Recology (our trash/recycling/compost service) has even maintained an Artist Residency program since 1990, employing artists to create art from recycled materials with “hopes to encourage people to conserve natural resources and promote new ways of thinking about art and the environment.”

Finally, and perhaps most exciting, the San Francisco Board of Supervisors has set 2020 as the deadline year for San Francisco to be an entirely zero-waste city.

An entire city that sends nothing to a landfill or an incinerator—these are the visions of a more sustainable and earth-compassionate future. 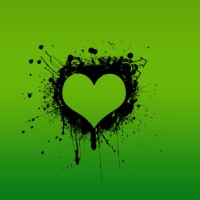 Of course, all of the actions mentioned above are a part of achieving this reality, as well as many, many others, including guidelines for building and remodeling, etc. SFEnvironment.org outlines the Zero Waste project in great detail (and provides loads of other helpful resources for eco-minded citizens anywhere—start here and here with a few easy waste-prevention measures).

For me personally, moving to San Francisco had the effect of hugely recharging my own eco-mindedness.

Perhaps one of the biggest influences on my eco-intelligence and lifestyle choices was reading The Omnivore’s Dilemma by Michael Pollan, Bay Area writer and professor at UC Berkeley.

This exhaustive exploration of the industrial food chain forever changed my behavior; his reports on the environmental devastation from the corn industry alone broke my heart enough to ensure that I would prioritize local, organic shopping and never again mistake it as a Portlandia-style affect of the pretentious.

So now, all my groceries come almost exclusively from the worker-owned cooperative two blocks from my apartment—where I can purchase organic wines from nearby Napa or kimchi in glass (not plastic!) jars, made at home by the woman up the street—or the 3rd Avenue Farmers’ Market, where fresh rainbows of produce abound and the cute guys at the pastry stand sometimes give us free almond croissants.

Another of my favorite SF eco-love habits? The sharing economy proliferates: ask my roommate where she got the shoes she’s wearing, or my friend where she found that record player in her living room, or where the pull-out couch in my apartment came from and the answer will always be the same.

We found them on the street.

The general rule is that anything on the street is fair game; if someone’s put something out on the sidewalk, it’s because they want it to be taken. I’ve left shoes, clothing, household items and jewelry outside my door and they’ve never lasted more than an hour before getting snagged and passed along, exactly as I’d hoped.

Even our most heartfelt environmental efforts sometimes fall flat. The checker at my co-op is familiar with the complexity of the situation: “Even our compostable produce bags aren’t the answer,” she tells me. “When customers see Compostable, they’re far less likely to try to use them conservatively. They take as many as they want because they’re comfortable with the idea, but those bags are still made of GM corn.”

So the mantra remains the same: use less, use what you already have, share.

I’m fortunate because it’s difficult to be in this environment of inspired and inspiring people, and not start making some lifestyle changes. But of course not every city or town holds the same values so close, and that’s where you come in. The inhabitants of any town are the life force that make up it’s collective personality, so trying bringing some eco-care to your home base by carrying reusable bags to the grocery store, saying no to plastic as often as possible, sharing with neighbors and, perhaps most importantly, believing in dreams that initially sound impossible.