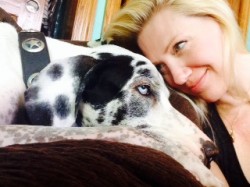 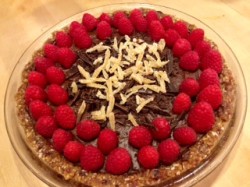 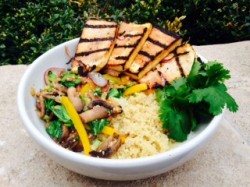 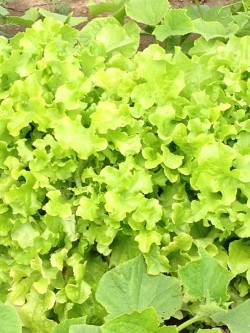 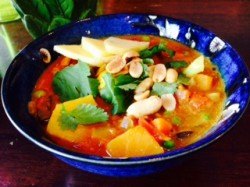 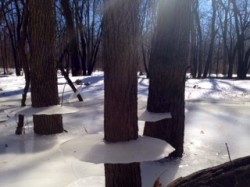 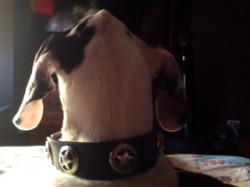 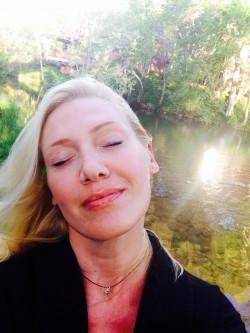 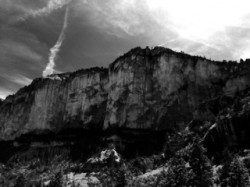 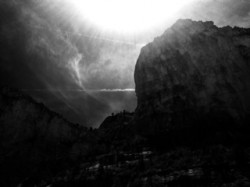 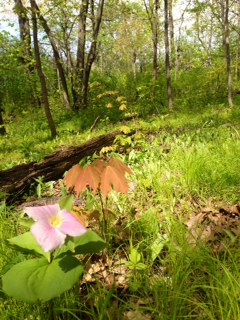 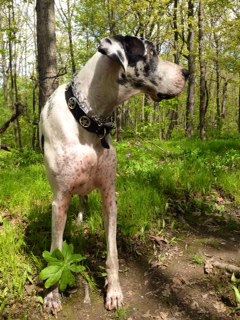 1) My Great Dane June and I, bonding.

2) A raw & vegan Chocolate Avocado Dream Pie made by my sister at my mom’s house in Willimantic, ME.

4) Greens in the community garden at Wagner Farm, Glenview IL.

6) Ice rings on the trees in the woods near my home in Golf, IL.

7) The sun shining through my Great Dane Juno’s ears as he lay on my son’s bed.

8) Me, standing next to Oak Creek after a long day of hiking in Sedona.

12) My Great Dane, Juno, listening to a woodpecker overhead, corsage of spring leaf at his ankle.

Photography is weird; it can suspend time—freezing random moments for eternity, take us out of time—when we miss actual moments in our struggle to photograph them, and change our perception of time already experienced (I looked a lot cuter than I thought I did on my 21st birthday!)

I am by no means a professional photographer, merely an avid amateur, but I have noticed ways in which my own taking of photographs can either enhance or detract from mindfulness. It is my belief that a photo which causes me to not be present is not worth taking, no matter how cool the image may be, but that photos which sharpen my awareness of myself, the things that are important to me and the world around me are priceless.

My idea of a great picture might be a little different than “normal”, but I have managed to capture tons of shots which fit my criteria for mindful, meaningful, magical, dare I say…art?

Know your passion, make it your subject.

The best artists throughout history have painted the same subjects over and over; Georgia O’Keefe, Frida Kahlo, Monet, Degas, Michelangelo. This is because each iteration brings a new depth of understanding, whether it be of the self, anatomy, human relationships, light, or any other idea or subject imaginable. That is not to say that they pursued certain images exclusively, but that every artist has a theme to which they are inevitably drawn.

We amateurs are no different. I can easily break the subjects of my pictures down into three categories: nature (including my dog—unwitting but willing model that he is), food and selfies.

I would add the fourth category of my son, but that is a great example of pictures that usually aren’t worth taking. Not because he isn’t adorable—he is—but because he hates when I take them, and purposely stirring up a hornet’s nest of negative emotion is not compassionate, which doesn’t mean I still don’t do it occasionally, but hey, I’m his mom!

Think about the things you are passionately interested in and shamelessly photograph them in every way imaginable. In time, you will come to understand your subject and its many nuances with increasing clarity.

When I photograph nature, it’s my photographers eye that keeps me present, searching in the shadows and hidden nooks and crannies for new and interesting shapes, or familiar ones cast in a new light. It never gets old, and I love that it’s a non-imvasive way to “collect” plants and animals—indeed, whole terrains.

When I snap pics of food, I am trying to create an added sense memory of something yummy that happened to come together so I can more easily make it again, as well as use the image to convey the idea of the dish to others, should they wish to try it for themselves.

When I take selfies, which is perhaps the most complex  sort of picture-taking psychologically, I am—like every person who has ever labored over a self portrait—seeking to understand who I am, and how I am in myself and in the world.

The more pictures I take, the more my comprehension of their subjects becomes illuminated. It is something like allowing yourself to have a torrid love affair with an idea, shamelessly, as I said, gazing at it and seeking to know it and experience it from every angle and in every way.

Don’t worry if people start saying you’re “obsessed”, (they will, and you are), or redundant, or crazy. If you love the thing you’re photographing well enough, it will shine through in your images– even if you’re the only one who can see it.

Be honest in your art.

A lot of times we’re trying to get the “best” picture, the most flattering perspective, the most flawless image–and it’s okay to celebrate beauty—but it becomes a problem when we seek beauty at the expense of reality. This is how the evil of photoshopping has perpetrated itself upon us and all the vulnerable minds of the younger generation who have never experienced reality without it.

Instead of looking for “perfect” surfaces, I look for the essence of things—which is most often, perhaps ironically—revealed by its “flaw”.

It is often the one thing that pops out of an otherwise “pretty” picture, which allows us to connect to it on a deeper level—as opposed to say, a cosmetics ad, in which the women generally look like mannequins to the point that they lose all ability to have an emotional impact on the observer beyond, “Why is my skin not as smooth as that?” and “If I buy this product, will my skin be that smooth?”

A great example of a “real” (read, making an actual living doing it) photographer who operates in this sincere way is Robert Sturman. His photographs of yogis are astonishingly beautiful, all the more so for lack of perfection: he accepts and incorporates the isms of his subjects, which thereby evoke connection rather than contempt.

Know when to put the camera down.

Perhaps the most important part of taking mindful pics is knowing when to put the camera down and look at stuff with your actual eyes.

I can feel when I’ve crossed that line from productive picture taking to over indulgence. When I’m more worried about the picture than I am about the experience of taking it, then it’s time for a break.

I’ve trained myself (for the most part) to get away from the camera when that happens and literally take a breath. I try to notice every little thing going on around me at that moment, the fragrances and sounds, the temperature of the air, the beating of my own heart. Basically, I drop into a meditative state in order to re-ingnite my connection with the present.

I think it’s a good idea to take lots of long, contemplative breaks from picture taking. Just allowing ourselves to walk or rest and experience life in real time is invaluable, and adds infinite dimension to the photos we did take when we look at them later, because we insisted on our own presence at the time.

We can  get frantic, thinking we’re going to miss that ultimate frame, when in reality, no picture is a substitute for having a real experience. The “ultimate frame” is life itself, and how fully we perceive it.

In this age, when everyone has a smartphone and digital pictures are immediate and nearly free, it is easy to get sucked into the camera lens and never come up for air.

But if we remember to put the camera down at least as often as we pick it up, and to take pictures that have meaning to us—that somehow serve the purpose of expanding our insights and experience in the world rather than avoiding them, we will accumulate beautiful images that are reflective of our beautiful soul. And that, as they say, is when the magic happens.