I’m in a polyamorous relationship with several different yoga styles.

Yes, all the yoga styles know about each other, and no, there’s no weirdness or resentment. In fact, I’ve never been happier.

I always had a feeling I was somehow different, even though I used to not quite be able to put my finger on why. Sure, I tried to fit myself into the model of a monogamous yoga relationship. For three years, I practiced Bikram yoga steadily and exclusively, and yet, beneath my outward bendiness, I felt restless . . . unfulfilled.

Others seemed so happy in their yoga monogamy, even those who had been in the same relationship for 10 or more years. Inwardly, I caught myself wondering why I couldn’t be more like them.

It started with other sequences of poses in Yoga Journal catching my eye. I wasn’t even looking—I barely even realized I was discontent—but suddenly I found myself lingering over Kundalini kriyas and Ashtanga-inspired arm balances. Sometimes, after a Bikram class, I would discreetly practice a pose or two from what I had read, and hope that Bikram yoga wouldn’t mind. After all, I reasoned, it wasn’t technically cheating, since I was in a Bikram yoga studio.

Practicing a pose or two after class didn’t relieve my restlessness, however, in fact, it did just the opposite and increased my desire to explore and seek novelty. I found myself purchasing entire books on different yoga styles on the sly. I would wonder, hazily, what I was trying to accomplish by reading them, since I was a Bikram yogi. By this point, though, I was too far gone to care.

At this point I did something that I’m not terribly proud of. Obviously, the mature thing would have been to have an honest discussion with Bikram yoga about my needs and desires, and see how comfortable it was with my experimentation. But I didn’t do that. In my defense, I was young and inexperienced, and barely even knew that such a thing as yoga polyamory existed.

One warm spring night, without telling anyone, I drove to the other side of town and took a Kundalini class.

I felt ashamed. I felt decadent. I felt—alive. That one class completely cracked open my perception of yoga, and made me realize that I’d been eating the same meal over and over again, while there was a world of different tastes waiting just beyond my doorstep. For the first time, I was honest with myself about my own desires.

My relationship with Bikram yoga disintegrated not long after that. I wound up telling Bikram yoga about my fling with Kundalini, because I knew I owed it that much. It tried to be nonchalant, and said that we could still fix our relationship, but I could tell that it was hurt. Inevitably, we drifted apart.

I left my relationship with Bikram unsure of where to go next, but equipped with a new insight into myself. I knew I would have to find a way to satisfy my curiosity, but be respectful to the yoga styles I was with at the same time.

Eventually, after a few casual encounters with different styles, I drifted into a yoga studio which, I’d heard, was open-minded and liberal. I took a few classes there, and knew instinctively that we’d made a connection.

Without really knowing what I was going to say, I decided to have a serious talk about my yoga proclivities with the new yoga style I was seeing. After stumbling over some preliminary small talk about my weekend plans, I confessed nervously: “Look, I really like Vinyasa. It will probably always be my main style. But there are things I need that I can’t get from Vinyasa, and I really want to do Yin yoga and Kundalini yoga too sometimes. It doesn’t mean that my connection with you isn’t real, though. How do you feel about this?”

I was incredibly lucky because, as I quickly found out, Vinyasa yoga felt the same way I did.

It even confessed to me that it had been borrowing some poses and sequences from other styles too!

I felt like a huge weight had been lifted off my chest.

And that’s where I am today—in an unconventional, but happy and affectionate, yoga relationship. Sometimes, I even pay Bikram yoga a visit, too, because it’s grown a lot more laid-back over the years. You may disapprove of my choices, but there are probably many more yogis like me out there than you would think.

Yoga is there to serve us, not the other way around.

Advanced yoga practicioners, in particular, often feel a sense of obligation to their style of yoga, as though they’re married to it, but this shouldn’t be the case. Even if you’re a six-days-a-week Ashtangi and have been for years, going to a Yin class once in a while shouldn’t feel like polyamory or cheating. It’s simply being aware of your own needs and being able to respond to them.

So get out there and experiment, but relax—you can’t actually hurt your yoga practice’s feelings. 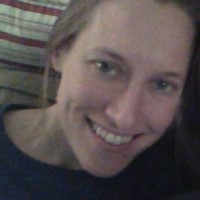