The Universe Opened My Eyes to Gratitude. ~ Juno Ogle 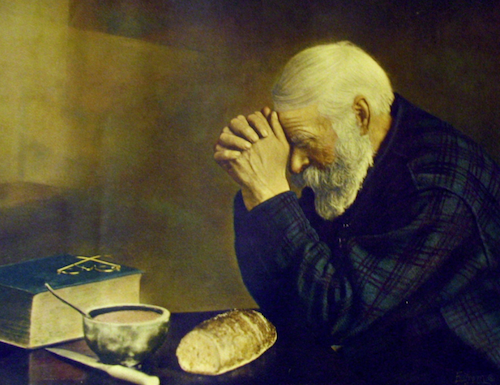 It’s a hot summer night in the heartland.

I’m not happy. I hate my life.

This isn’t how things were supposed to turn out.

I work two jobs and still barely make it paycheck to paycheck. I feel like I’m never at home. I’m not confident that either job is secure. I don’t want to be where I am or doing what I’m doing, but I feel trapped and don’t know what to do about it.

Except complain and feel sorry for myself.

I’m walking down the main corridor of the mall, where I am a janitor as my second job. I’ve already put in a full day at my primary job.

I just want to go back to the janitors’ little supply room and be by myself.

Then, I spy Andy coming down the hallway with his little dog, Allie. Allie is a therapy dog, so she is legally allowed in the mall. Andy brings her here when the weather isn’t nice enough to walk her outside. They walk one lap and then head back home. Andy likes to chat. I’m not in the mood for it, but my problem isn’t with Andy and he doesn’t deserve my bad mood.

When he stops and says hello, I stop too.

The Shrine Bowl, the annual football game that pits high school football players from the west side of the state against the east side, benefits the Shriner’s Hopsital, will be played in our town next week.

Andy is eager to see the game. He tells me he was picked to play in the game, back when he was in high school. I’m not the least bit interested in football, but I listen politely. Back in those days, he says,

“The Shriners wanted the athletes selected for the game to know what they were playing for. During the week of the game, they traveled to the hospital in St. Louis.”

For the athletes, most of them from small, rural towns, the trip alone, will be memorable. Andy had another reason to remember, though. One of the patients was a boy, about three, who had no use of his legs.

Someone had taken a round piece of plywood and attached wheels to it so he could get around.

Nearly 100 big, young football players circled a small hospital room as this little boy happily scooted from one to the other.

The boy stopped in front of Andy, looked him right in the eyes and laughed.

Andy’s eyes light up as he tells how that look made his heart fill with joy and he laughed right back before the boy scooted across the circle. As he tells his story, my eyes begin to fill. And, I feel something lift from my own heart: bitterness.

If that young boy, zipping through a hospital on a piece of wood, can find joy, why can’t I?

I am healthy, I have good friends, a roof over my head, a vehicle to drive to my jobs and so much more. Maybe I don’t have all of things that I want, get to do all of things I’d like to do or go all the places I’d like to be, but I have more than many people have.

It is no coincidence that Andy was in the mall that night and felt the need to share that memory.

“I get the message, Universe.”

I mutter after Andy and I say goodbye.

Since that day, things have turned around.

Oh, I still work the two jobs and still just get by paycheck to paycheck. But, I don’t hate my life. I don’t feel trapped. I am forming a plan to do what I should be doing.

Every day, I make an effort to express gratitude.

And, when I go too long without saying thanks, I get a little reminder. Nothing like the slap upside the head the Universe gave me that night with Andy, but enough to make me stop, breathe in and be thankful. Enough to breathe out and offer some goodwill for those who have it tougher than me.