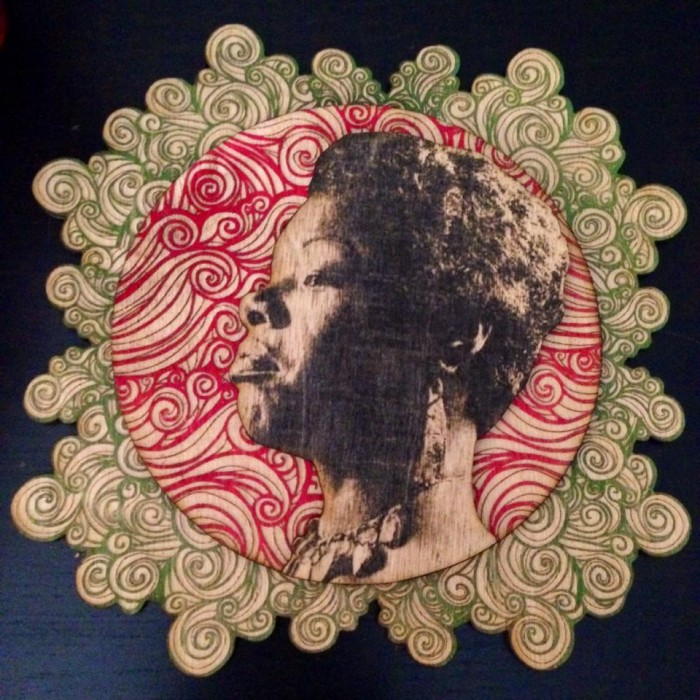 (1) “The honorary duty of a human being is to love.” ~ Maya Angelou

I used to confuse love for its near enemies, things like lust and infatuation and adoration and romantic tumult. Now I see that love is just love. It is a duty, a skill, a choice.

Carlos worshiped me, and I had never before been worshiped. I ate up his adoration, enjoying every morsel. He told me he’d never met anyone so open before. He told me he loved talking to me, being with me.

A month into our relationship, which had quickly become exclusive and intense, he sent me a late-night text that made gleeful butterflies flutter in my belly.

For a little while, it was euphoric. We were in luv.

Until it unraveled. Turns out Carlos the military man and Michelle the hippie yoga teacher were not so compatible. Also, I was in my first year as a bilingual elementary schoolteacher when we dated and gradually sunk into the foul quicksand of depressed anxiety over both my new-career stress and our flailing relationship.

Though I heard my friends’ advice—“You’re too evolved for him. He’s on a different plane than you”—I still wasn’t ready to call it quits.

So he was a military man? So he lived in a cookie-cutter two-story in the suburbs? That was all superficial. Our love transcended those unimportant details. Plus, the sex was not something I was ready to give up cold turkey.

Carlos dumped me in mid-April. He came over and announced that couldn’t handle my mood swings anymore. As he pulled out of my gravel driveway, I fell apart on the hardwood floor of my living room. He was bailing out just like that in my moment of need? I couldn’t believe it, but I had no choice.

I wish I could say our saga ended there. It certainly should have. After a brief reprieve, I got back in touch with Carlos. Only this time, there was no commitment. No more ‘I love you’s.’

Sometime during this period on a random layover in Denver, Colorado, I wandered around the airport and came upon a photography exhibit. One particular piece called out to me. It was a black-and-white photo of a woman lying on her back with her arms crossed overhead at the wrists. On her arms, there was an ink-written quote without attribution.

(2) “Never make someone your priority while allowing yourself to be their option.”

I realized (seven years later) after the passing of Maya Angelou that those wise words were hers, closely paraphrased.

I wish I could say I saw the photograph, absorbed the advice and ceased seeing Carlos. But, in reality, although he was no longer my priority, he remained one of my options, and it was all so terribly lame and uninspiring. Still, I always remembered the quote and applied it more effectively to later dysfunctional romantic situations.

Once I showed up at Carlos’ house unannounced and heard music blaring from inside. I knocked on the door; no answer. As I stood there feeling rejected on his porch, I convinced myself that he was obstinately choosing not to answer my phone calls or doorbell rings. I decided that as a consolation prize, I deserved to be the new owner of his potted plants. I loaded about 10 of them from the porch into my car and jetted.

On the lam, I called a confidant, Tommy, and confessed my crime. He said, calmly, “Michelle, you need to turn around and put those plants back where you got them.” I cackled at the absurdity of my vengeful actions and took my friend’s sage advice. As they say, there’s a thin line between love and hate. With Carlos, I crossed that line so many times that it inevitably got obliterated.

That summer, I participated in my first silent, ten-day Vipassana meditation course. Some days were lovely and serene, others I wanted to scream out “Serenity now!” in the meditation hall.

One day, I spent at least an hour of afternoon “meditation” planning out all the details of my potential future wedding, to Carlos of course. It would take place in my parents’ backyard, obviously. I mentally ran through everything from the guest list to the poetic vows to the floral arrangements before I finally let it go and got back to actually meditating.

I wasted so many tears and so many years by trying to recreate the love and security I’d felt when Carlos and I first got together. It was a tough and bitter lesson in the truth that the past can never be recreated, no matter how hard we strive to “get back” to some long-gone ideal.

Or maybe I shouldn’t say “wasted.” I cried a lot of tears over that man. I caused myself a lot of excess heartbreak. But, in the end I learned… I learned how to embody and practice yet another piece of wise, common sense advice from the fabulous Marguerite “Maya” Angelou:

(3) “If you don’t like something, change it. If you can’t change it, change your attitude. Don’t complain.”

On the evening of the day Maya Angelou died, I made an impromptu decision at the end of the yoga class I was giving to read her poem, “Still I Rise,” during savasana. As I read her powerful words aloud in the silent room, I started getting all choked up. I had to pause my reading about five times, taking deep breaths and forcing myself to continue, to finish the poem.

What a life! What an inspiration. Her obituary states, “She was a dancer, a singer, an actress, a poet, a writer, a magazine editor, a playwright, a film director as well as a college lecturer, full Professor and a fearless, outspoken activist. She never let her various vocations inhibit her activism or her willingness to speak out against injustice and inequality.”

Rest in Peace, Maya. Thank you for giving all of us so many essential life lessons. We are more alike than unalike. 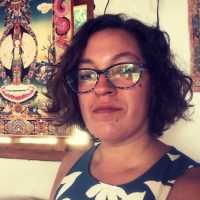