Don’t Even Think About It: The Meditative Life. ~ Mike Verano 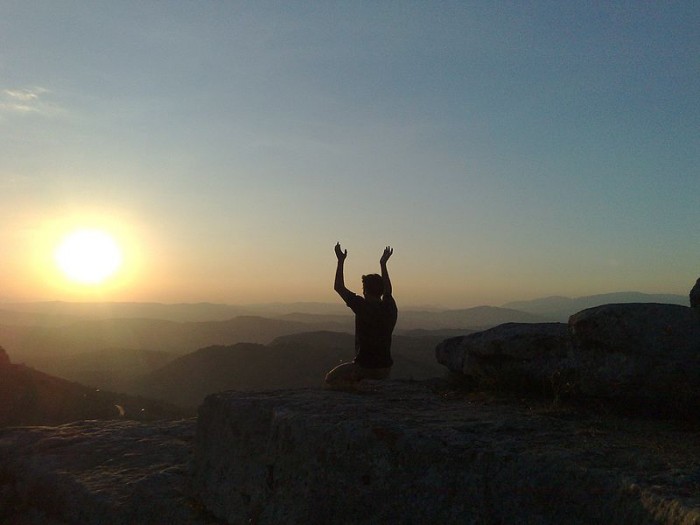 Give up learning and knowledge increases.

After thirty years working in the field of psychology as a psychotherapist, I have come to the realization that thinking is highly overrated.

I say this with some trepidation, as I have not fully thought it through. However, I have meditated on it for several years and it just feels right.

Early in my career I took on the challenge of dealing with the thoughts of others with the enthusiasm of an explorer heading into uncharted territory. Descending into the hidden recesses of another’s mind, the twists and turns, dark corridors, and the unexpected discoveries fueled my sense of purpose. Too often, however, these expeditions came to dead ends or had both therapist and client trapped in labyrinths.

The thinking mind lost it siren song for me as a result of two personal experiences, and, in all honesty, as a result of more than just a touch of professional burn out, known in the helping professions as compassion fatigue.

The first was an extended bout of anxiety that caught me completely off guard and was both exacerbated and extended by my attempts to think my way through it.

The other was being diagnosed with cancer and spending a good part of 2010 in treatment.

During this experience not only was thinking not going to solve the problem, most of the time it was the problem as the pull towards the inevitable “What next?” threatened to awaken the anxiety monster I had finally managed to lull to sleep.

Finding some help within my own chosen profession, I was able to use the support of psychopharmacology and supportive counseling to manage the ripples that were starting to form in my head. Keeping them from becoming a crashing tsunami was going to take something new; or, in this case, something very old.

A long-time student of the teachings of Taoism, I found myself drifting toward the teachings from the East much more than the research of Western psychological traditions.

It was clear to me that the Lao Tse had more to say about my current condition than Freud. It was with both fascination and anticipation that I dove into the meditative arts, taking a specific shine to mindfulness.

The idea of living in the present moment, and not in the endless noise in my head, resonated deeply with me and became a daily practice while sitting for hours in the chemotherapy chair, lying on the radiation table and the countless hours of waiting for test results.

The results were paradoxically immediate, since the idea of results itself was dropped in favor of simply being with whatever was happening.The proof of this meditative pudding was unlike anything I had experienced in psychotherapy training.

While the refrain at the end of most therapy sessions is, “Be patient and wait, good things will come,” the new mantra from the meditative happening was simply, “Just be.”

Feeling like someone who has stumbled across the proverbial oasis in the desert, I was eager to share the discovery with my clients. I became a torch-bearer for the Taoist phrase “Stop thinking and put an end to your problems.”

On more than one occasion, I noted the cognitive dissonance in a client after assuring them that their problem was not their anxiety, depression, stress etc. it was their thoughts about these experiences that was causing them to suffer.

As my understanding and contact with the non-concept of no-mind grew, I developed slogans to hand out to clients who seemed desperately in need of replacing old psychological catchphrases that only encouraged them to think their way out of their problems. Some of these included:

I will think no thought before it’s time.

It became my standard practice to suggest to my clients that before they created pros and cons lists, start journaling, or correct their thinking errors they try, if even for just two minutes, to sit with what was happing in their heads and do nothing.

Those who did not look at me as if I had lost my mind (those who did were clearly ahead of the game) would often soften their bodies and express gratitude for being given permission to be still and not fight the antics of their minds.

For those who were still not convinced that meditation and the mindful life were the answers they were looking for, I offered my version of the serenity prayer, which I call the Sanity Prayer:

Grant me the sanity

To think the thoughts I have to think,

To let go of the thoughts I do not need,

And the wisdom of not knowing.

Turning clients on to the meditative life; helping them to find the sanity, security and satisfaction of a life lived, rather than a life thought about, has become my own mindful practice. In this way, my profession has become a true vocation; a calling that reminds me to return to now whenever lost in thought.