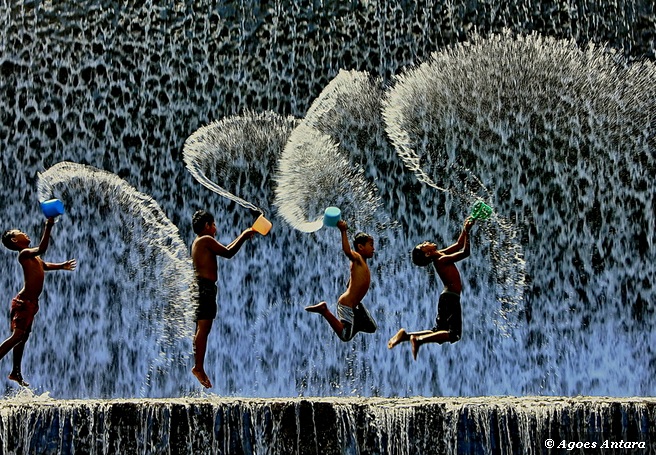 When we’re upset or under stress, we often do things that we later regret.

Mari (not her real name) had a stressful day at work. During a staff meeting, her boss criticized a report she’d written and gave her two assignments with impossible deadlines. In a tennis game with a friend after work, Mari couldn’t concentrate and missed several shots. She was so frustrated that she shouted an obscenity and slammed her racket on the ground. Driving home, Mari became irritated with a slow driver. She honked several times and then passed the other car so fast that a police officer pulled her over and gave her a warning.

Once home, Mari didn’t feel like cooking dinner. She drank several beers while watching TV and fell asleep on the couch. She woke up at 3:00 a.m. and went to bed, but couldn’t sleep. Embarrassing images replayed in her mind: slamming her racket, speeding past the slow driver and drinking all evening in front of the TV. She got up at 6:30 and went to work feeling exhausted and angry with herself.

We usually know that we’re behaving unwisely, but we lose control and follow our urges because it relieves the intensity of our feelings. Unfortunately, the relief is temporary and the behavior is usually inconsistent with our long-term goals.

Emotions have three components: (1) sensations in the body, such as heart racing or stomach churning; (2) thoughts in the mind, such as, I need to get out of here or This is going to be terrible, and; (3) urges to do something, like run away, hide or attack.

If we act on the urge, that’s emotion-driven behavior.

Most researchers believe that emotions evolved because they’re useful. They provide important information and motivate us to take action. For example, fear alerts us to danger. If we’re worried about giving a talk, the fear may motivate us to prepare carefully. Anger is a message that we’ve been wronged. It can energize us to change an unfair situation or stand up for our rights. Guilt is a signal that we may have wronged someone else. It can push us to apologize and make amends.

Emotions evolved a long time ago, and the bodily reactions are not always helpful in modern life. For example, fear causes blood to flow to the legs, making it easier to run away. Hormones are released into the bloodstream to prepare the body for physical action. This is great if we’re being chased by an assailant. It’s less useful if we’re about to give a speech, interview for a job or ask someone for a date. The body perceives a threat and it prepares to fight or flee, even when we wish it would stay calm.

Anger presents similar problems. The body is flooded with hormones that create energy. Our faces may take on a threatening expression. We may feel urges to speak loudly and behave aggressively. This is helpful if we need to fight an attacker but less useful when we’re angered by a coworker during a staff meeting or a driver on a crowded highway.

Mindfulness helps with emotion-driven behavior. It keeps us from being too judgmental about our own emotions.

In reality, intense emotions occur for legitimate reasons even if we don’t see how they make sense, they do. The tendency to have strong emotions may be inherited. We may naturally have intense emotions because of our brains and body chemistry. Or, a strong emotional reaction to a seemingly minor event may be related to previous experiences. Normal conditioning processes can provoke strong emotions in situations that seem neutral on the surface. Also, if we’re hungry, tired, sick or stressed, minor events can trigger surprisingly intense feelings. This is normal.

If we’re judgmental about our emotions, there’s a good chance we’ll feel worse. This will increase the risk of unhelpful emotion-driven behavior. We’ll be less able to make wise decisions about what to do.

The alternative is to observe emotions mindfully, accepting them as visitors to the guest house or passengers on the bus.

Observe the sensations with interest and curiosity, and watch them unfold moment by moment. Notice the associated thoughts. Recognize that thoughts like It’s stupid to feel this way and I’m overreacting are judgments, rather than truth or reality. Acknowledge the urges to behave in particular ways without necessarily acting on them. Over time, observing emotions without judgment creates a space between the urge to do something regrettable and actually doing it. This gap provides an opportunity to choose more wisely what to do.

One way to practice a mindful approach to urges is to start with mild, commonplace urges, which are easier to work with than the urges caused by intense negative emotions.

Start by observing urges that arise naturally through the course of the day. For example, when brushing teeth, observe the process and notice the urge to spit. Observe the urge without spitting. Notice the nature of the urge and how it feels while having the urge. You will have to spit eventually, so make a deliberate decision about when to spit.

Practice not being controlled by the urge.

Or the next time your nose itches, observe the urge to rub it. Notice what the urge feels like without acting on it. Keep observing and see if the urge gets stronger or subsides. Decide for yourself if and when to rub your nose. If you rub your nose, do so mindfully—observe the movements and sensations.

We can also practice by setting up situations that will trigger urges. For example, set a favorite piece of food in front of you and notice if  there’s an urge to eat it—observe the urge. Keep observing and see if the urge gets stronger or subsides. Either way, make a deliberate decision about whether to eat the food. Or eat something slowly and notice the urge to swallow. For a few moments, observe the urge without swallowing—decide when to swallow.

While experiment with urges, it may be difficult to let go of judging and criticizing yourself for having particular urges or for acting on them. Unfortunately, self-criticism usually makes matters worse. It’s another psychological trap, and the last of four I’ll examine; take a detailed look at self-criticism and how mindfulness skills can help to avoid it.

Cherish your own emotions and never undervalue them.