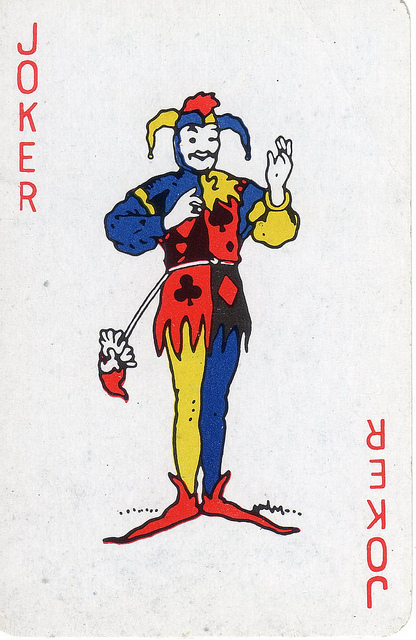 For over fifty years, Second City Theater has been churning out the best and most influential comedians in the world.

It’s boggling to consider how much this improvisational comedy organization has contributed to our culture and how different our world would be without its existence.

How do they do it?

Are the seekers who pass through the hallowed doors of Second City all born comedic geniuses?

The essence of this method is liberation from embarrassment.

If you were to walk unaware into the first ten minutes of an adult Second City Theater workshop, it would be shocking. You might suppose that you had accidentally wandered into a treatment ward for Tourette’s Syndrome.

Participants are instructed to let go of all inhibition and to act on any impulse that strikes them in order to loosen up.

You would witness men and women making all kinds of bizarre noises and movements—burping, farting, laughing, crying, swearing, shrieking, running, spitting, the list goes as far as the imagination of the students allow.

However, in essence, this is a key to creativity: think outside of the box, make unexpected associations and don’t care what anybody thinks.

Fear of embarrassment is the reason most of us don’t follow our dreams. This fear can be broken down into many different categories—fear of failure, judgment, criticism, foolishness, ridicule, the list goes on.

It’s amazing how many words the English language has for this fear. Amazing and easily explainable; it’s because the fear of making a fool of ourselves is incredibly common. Overcoming it is critical if we want to make any headway on making things happen for ourselves.

Well, frankly, what will happen is nothing.

The universe will not screech to a halt.

Worst case, some people will judge you and say, “I told you so.” Be assured, the ones who do, the ones who give you a sideways smirk when you declare that you are an artist, are the most fearful and creatively oppressed of us all.

The rest of us will applauded your effort and courage and urge you to try again.

Hell, if you are doing it, even if it does not turn out quite right in the beginning, you are an inspiration for the rest of us.

“When in doubt, make a fool of yourself. There is a microscopically thin line between being brilliantly creative and acting like the most gigantic idiot on earth. So what the hell, leap.”
~ Cynthia Heimel

I’m sure you that have heard this type of advice before. Perhaps it inspired you but, for some reason, you didn’t take that leap of faith and start the process of becoming authentic.

Well, I will share my personal story. This will illustrate the concept.

It’s a little shift on the same old personal development material that you probably haven’t been able to fully absorb before. This is what changed my life. It might change yours.

The Case of the Ridiculous:

There is an underground artist whose whole body of work is based on failure.

In the early 90’s, this artist started a showcase of the really, really bad.

He toured the United States with his variety show of extremely embarrassing acts.

The thing was, when presented in this way, the performers in his company were not embarrassed. Instead, they were liberated to try anything—to get up on stage and to be as foolish as possible. The result was a hilarious, absurd, ridiculous and an innovative piece of art.

Granted, not everyone liked the show but it was revolutionary all the same. The legend of this show lives on and has inspired countless other artists to abandon their fear of failure and start creating art.

In 2002, I left my high tech career because I felt like something was missing in my life.

I had been beaten down by over ten years of the corporate grind. I had a glimmer of interest in rekindling my adolescent love of painting, writing and of following a spiritual path of meditation and yoga but was afraid and I didn’t know where to start.

Then I met the artist I described above. He drilled into me the mantra, “fail, fail, fail!”

His instruction was not to listen to discouragement. Yes, reinvent the wheel. Why not? You might come up with a completely new kind of wheel.

Fail until you succeed. Even better, fail until everyone applauds your failure.

Gradually, I began to believe this mantra. The result was astounding. I could do anything. I didn’t need anyone’s approval. I was never embarrassed. Stage fright—gone! Fear of public speaking—gone!

Within a few years I was invited to do solo shows of my paintings at hip galleries in San Francisco.

I was producing variety shows of my own. I co-founded and performed with a successful fire dance troupe. I founded and ran an innovative donation based yoga and meditation organization that received nationwide press and a broad following.

Most recently, I’ve started a career in pro-blogging while sailing around the world with my family.

This is powerful medicine. Use it wisely. The warning label reads: may cause inflated ego, carelessness, delusions of grandeur, substance abuse and/or destruction of relationships.

It’s all part of your creative recovery. If you implement this in your life, I suggest that you balance its effects with a good dose of discipline. Meditate daily. Get enough rest and exercise. Pace yourself. Be kind to yourself and others. Delay action on impulsive decision.

But for now just remember, to succeed, don’t be afraid to fail.

“Twenty years from now you will be more disappointed by the things that you didn’t do than by the ones you did so. So throw off the bowlines. Sail away from the safe harbor. Catch the trade winds in your sails. Explore. Dream. Discover.”
~ Mark Twain 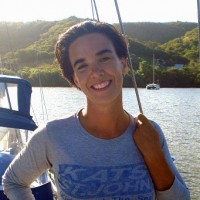