24 hours only: Save $200
on our best-selling Find your Voice course.
Empower your writing for business, life, and activism.
Click here to join.

24 hours only: Save $200
on our best-selling Find your Voice course.
Empower your writing for business, life, and activism.
Click here to join.

Hatha, Kundalini, Amrit, Vinyasa, Iyengar, Ashtanga, Kripalu and so on and so on…

There are many “styles” of yoga, which can lead to many confused students. However, there are really only six systems of yoga.

As a long- time yoga teacher and yogini, some of the questions that I hear from students are: What do all these styles mean?  Which one is “best?” Which one is for me? What style are you “certified” in? It seems to have become trendy to be part of a “style of yoga.”

I hope I can clarify some of the confusion and mixed messages.

Though there are many branches of Yoga, traditionally there are six primary “Systems of Yoga.” These were outlined by the mystic Patanjali around the second century BC. All the others are “styles,” which may be based on one or more of these systems.

1:  Jnana; The path of knowledge and wisdom.

2: Bhakti; The path of devotion.

3: Karma;  The practice of service.

4: Raja; Focuses on the practice of meditation/transcendence.

5: Hatha; The system of physical yoga

6: Kriya; A system designed to rid the body and mind of obstructions.

It seems to be the human way to compartmentalize things and make separateness seem “necessary.” We perceive we’re separated by all sorts of things, careers, race, lifestyles, religions, etc… Let me quote the Buddha, “The source of human suffering is separateness.”  I am of the opinion that the more we separate yoga, the more it loses its Unifying essence. The word Yoga means to Unite or Yoke—not to separate.

If we so focus on the minutiae of things, we sometimes diminish and elude its origins and true meaning.

Didn’t we see the same thing happen with religions? The essence of the Masters’ teachings were beautiful and truthful; then our ego-based concepts decided it was not enough to call it “truth,” but had to separate it into various sects. In doing this, the party often implies (directly or indirectly) that one camp is better than another—my brand will bring you to enlightenment quicker. The notion that one type or camp of yoga is necessarily better than another or will bring one to self-realization quicker than another is not sound.

There are many paths that lead to the same truth.

It is up to the individual to weed through the mélange of styles and jargon currently associated with yoga. I guess it can be said that I am of the “old school” of yoga.

When I became involved, 23 years ago, people just said, “I practice yoga.”  There was not so much importance placed on the styles, certifications and popularity.  Recently, there were so many styles of yoga being created that Yoga Alliance (the organization that strives to maintain the integrity of yoga) is no longer registering new styles. People wanted to come up with “new names” for yoga; Happy Yoga, for example. Thank goodness this trivialization was recognized.

The ancient practice of yoga is a sacred one and to claim to be the creator of it in seems presumptuous.

The certification process can be a quandary. Some certification programs do provide valuable training, but just because someone is “certified” does not necessarily make him or her a quality teacher. Many such programs stress the ABC’s of yoga, but miss the essence of the tradition. I believe a teacher can only teach to the level he/she embodies in their own practice.

It is what’s within a teacher—their own depth, understanding and realization of the yogic spirit—that makes them authentic.

It is hard to impart the lifestyle and wisdom of this tradition without living it. Some certification programs have become profitable vehicles for those offering them. Many “old -school” instructors have chosen not to be “certified.” Are many of the Yogis from India “certified?” Probably not in the traditional Western sense of monetarily paying for a program and obtaining a certificate. There, “certification” is through the blessing or transmission of energy or shakti from their teacher, master and/or lineage.  Ah, a very different concept than here in our culture.

Again, the word yoga means to yoke or unite, body mind and spirit. If a practice is not focused on this, perhaps it is not genuinely yoga as it was practiced in India where it originated; a practice or path to self-realization and purification, not just a form of exercise.

Some styles of yoga are named after the teachers who inspired them such as Iyengar, Bikram, Kripalu, Armit Yoga and others. This does not mean those teacher invented yoga. The first accounts of yoga, The Vedas, date back thousands of years. Current teachers put their own spin or imprint into an already established system. Some types of yoga are named for the area on which they focus, such as Ashatanga, Hatha, Raja etc… Some styles are more meditative, while others more physical, with some focusing more keenly on body alignment. Not all styles touch on all aspects of the six systems.

Let’s look at a few of the most common practices,  though I don’t I claim to be a scholar.

Yoga is an Ashtanga, which refers to an eight limbed path. The limbs are Yamas, & Niyamas (the inward and outward observances of a yogi,) asana, pranayama, pratyahara, dhyana, dharana, and samadhi.

The term Hatha Yoga, which is often heard, means ha/sun and tha/moon, and also means inhalation and exhalation.  This system is often referred to as a style of yoga. It is primarily concerned with bodily disciplines and breathing which are not essential in all traditions. Asanas strengthen and purify the body. Contemplation, meditation and pranayama/breath-work are part of this practice. Some Hatha teachers only practice body movement, a style, without teaching the other components of the system.

Vinyasa is currently a popular style of yoga which means flow yoga. This style links postures, movement and breath and tends to be a little faster paced which also lends itself to cardiovascular benefits.

Raja Yoga presents a path of knowledge and wisdom that enables the student to discover their Real Self. It is not necessary, though helpful, that a student of this style practice asana. The path of Raja Yoga does not emphasize asana/postures.

There are far too many styles to explain each. The actual systems of yoga are more in-depth than this article can explain, but can be studied in many yogic writings and teachings.

Some are more physical and learn through the body and hands-on, others learn through contemplation and others with the mind/intellect.  It is the same with yoga practice the student must find a style or system that suits their personal way of learning and resonates with them.  It should not feel forced or confusing, but truthful and clear. The participant should feel a sense of peace and growth from their practice. This is not to say that the student will not feel challenged in some ways, which is part of the practice as well, and one can use those challenges as a platform for growth.

If you really want to experience the most from yoga, I suggest that you don’t join a practice just because it’s popular or it happens to be the class offered at your gym, but rather shop around for one that suits you. Take classes in various styles and systems, from different teachers.  Even the same style will vary among instructors, as each teacher has their own unique approach, which can make a world of difference.  Again, it is so important that the teacher, system and the style resonate with you on all levels. 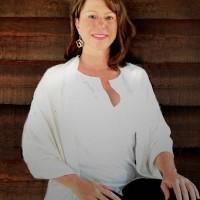