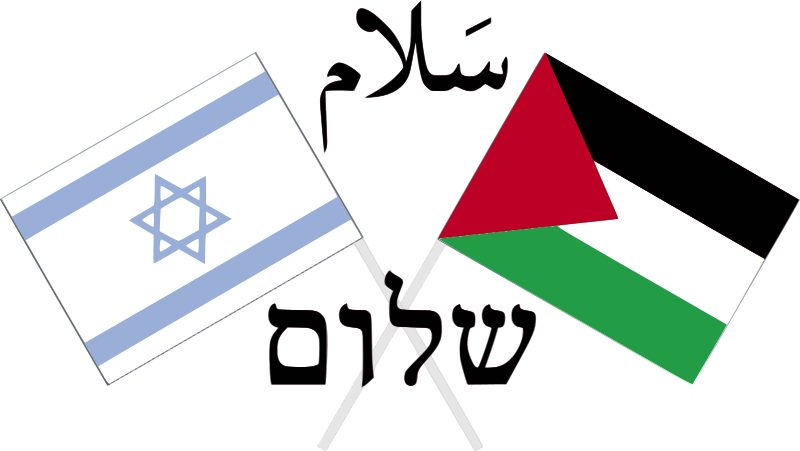 Editor’s Note: mindful discussion and respect for one another is welcome. Anything else will be deleted. 🙂

It’s sad times, even worse than the usual, in Israel. It’s a nation and a people set atop other nations and other peoples, and therefore has become a tangled knot of feuds, passion, and religious devotion and aggression. Can we untangle it, a la the IRA conflict? Or will it be tit for tat, blood for blood, an eye for an eye for another generation?

I just visited Israel, for the first time in my life. I spent most of my time in Tel Aviv, a liberal city devoted to peace, diversity and transparency (unlike some other areas). I visited mosques and temples, and recorded my observations here and on @waylonlewis on Instagram.

The below article is adapted from Reddit, where you can find the original and the full discussion here.

But first, a map: 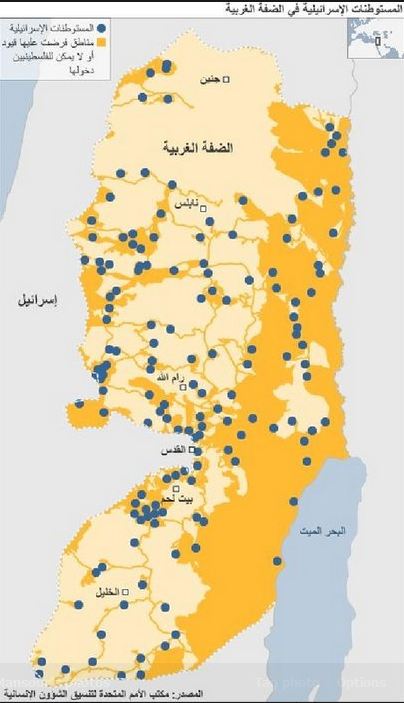 “This is a map of the West Bank. The blue dots are Israeli settlements. How does Israel expect Palestinians to live there in a “state”? How would you feel if these blue dots were British settlements in the US? and used your resources and you were poor as ****?“ (i.imgur.com)

The key also notes that the orange bits are areas where restrictions or an embargo has been enforced, or Palestinians are not allowed to enter.

I found this map on the BBC website. There are, in fact, quite a few Israeli settlements on the West Bank.

Since 1967, Israel has pursued a policy of building settlements on the West Bank. These cover about 2% of the area of the West Bank and are linked by Israeli-controlled roads. There are also large tracts of Israeli-controlled land designated as military areas or nature reserves. “The 2% statistic is misleading — in the process, they also steal hundreds of acres of land through exclusive settler-only roads, barriers, and reserving large tracts of land for future cultivation by settlers. In all it’s something like 40%.”

Link to the article.

“My post has been called both pro-Israel and pro-Palestinian by various people below, which is interesting in its own right.”

Myth #1: All Palestinians hate/want to destroy Israel and have no interest in peace

Reality: The majority (73%) of them want peace

Myth #2: All Israelis hate/want to destroy/kill Palestinians and have no interest in peace.

Reality: Most (67%) want peace, specifically, agreeing with the terms of the poll which included a Two-State solution.

EDIT: Another poll shows support for Two-State Solution as 74% and 78%, from Palestinians and Israelis respectively.

*Reality *: Gaza is severely impoverished for a variety of reasons, including the blockade, overpopulation, and lack of land, with 70% living below the poverty line

Myth #4: The blockade is the result of unilateral action by Israel.

Reality: There is a 7.5 mile border between Gaza and Egypt. Egypt has built an underground barrier to block smuggling tunnels, considering it a matter of national security. Egypt wants no part in either side of the conflict. They made lasting peace with Israel is 1979 and caught a shitstorm in the Arab world for it and want to stay the fuck away from the conflict.

EDIT: Egypt has opened the border in light of the fall out from the Flotilla raid and intends to keep it open saying it, “will never be part of attempts meant to increase sufferings of the Palestinians”.

Reality: Israel is a democracy with both Arab, Jewish, and mixed political parties having representation in the Knesset. There has been an attempt to ban Arab parties from running, but this was overturned by the Israeli Supreme Court.

Israel provides freedom of religion both in law and in practice. Non-Jewish religions are accommodated under Ottoman and British administrative practices with modifications.

Similar to minorities in the US, the Arab citizens have experienced discrimination. Their demographic indicators, including literacy, education, and income, are lower than Israeli Jewish numbers for whatever reason.

Where Israel’s government/law is NOT secular: Israeli law has the controversial Law of Return (similar to repatriation laws in other countries), argued to be a mechanism for asylum. Orthodox Jews also have some control over domestic issues, hence most stores on closed on the sabbath, non-Kosher food is prohibited, and the state sponsors religious schools in addition to the secular ones, though religious restrictions are not always followed in practice. There is tension between the secular Jews and the more Orthodox over such state-imposed adherences to Judaism.

EDIT: † The ILA which is in charge of administering government and JNF land, is not allowed to lease to non-citizen Palestinians or non-Jews. Land is allocated disproportionately to Jews. In 2000, the Israeli High Court ruled land allocation on the basis of race, religion, or ethnicity illegal. JNF policy has not changed.

Myth #6: Jews are not semites and/or Jews have hijacked the term antisemitic to leave out Arabs.

Reality: A German who was openly against Jews and saw them as infiltrating German culture coined the term to (solely) apply to Jews coined the modern term. Though the term Semite includes a variety of non-Jewish peoples and cultures, all defined modern usage I’ve been able to find does not include these peoples in the term’s use.

Myth #7: Jews did not live in the Middle East prior to the mid-20th century.

Reality: Jews have lived in the Middle East continuously since ancient times. They lived, for example in Iraq, Lebanon, and Syria, as well as Palestine. (Notably, waves of Jews migrated to Palestine starting in 1881, buying land from absentee Arab landlords.) These Mizrahi Jewslived fairly well under the Ottoman Empire and many considered themselves “Arabs of the Jewish faith.” Conditions deteriorated rapidly once Israel declared independence and themajority fled.

Myth #8: European Jews have no ancestral roots in Israel.

Reality: Genetic studies generally show that while Jews are easily differentiable from Europeans, they are genetically indistinguishable from Arab Palestinians, as well as otherArabs in the region

Reality: Before 1967, the US sent no aid to Israel. Notably, France actually provided Israel with weaponry. Wikipedia claims the Johnson administration was worried that should they aid Israel, “Israel’s response would be disproportionate and potentially destabilizing.”

Myth #10: Arab reaction to Jewish immigration has always been hostility.

Reality: Reaction was mixed. Some were openly supportive:

“The return of these exiles [jaliya] to their homeland will prove materially and spiritually an experimental school for their [Arab] brethren who are with them in the fields, factories, trades and all things connected to the land.” –Hussein Ibn-Ali, Sheriff of Mecca, in 1918.

Myth #11: Israelis are mostly religious nutjobs who live there because they think God promised it to them.

Reality: 65% of Israeli Jews even believe in God, vs 80% of Americans. If you have no God to promise you the land, why are you there? There are a few reasons: (1) many were fleeing persecution in their native countries and simply wanted to get out, (2) many wanted to live in a place with a large community of Jews, and many were actually idealistic Communists who moved there to live on communes (I’ve heard this is why Israel is somewhat socialist), (3) many were simply born there. Someone who was born in Israel in 1950 would be 60 years today, could have lived his whole life in Israel and never known another country to identify with, except what his parents tell him. A kid born in 1990 would have to ask grampa about the “old country”.

Religious nutjobs definitely exist, and they’re the reason Yitzhak Rabin was assassinated when he made great strides toward peace through land concessions. They thought it sacrilege that would deny Jews their “biblical heritage”, and depicted Rabin in a Nazi uniform at rallies.

But mostly the population of Israel live largely secular lives and have high regard forSCIENCE. They look on at our Intelligent Design debate with amusement

End: It’s a wall of text, but I needed to write it.Thanks for reading and please correct me on anything I’ve gotten factually wrong or have unreliable sources for.

EDIT: So, not everyone is happy, but I’ve tried to incorporate all the dissenting opinions who had specific claims with sources. There’s been a lot of dispute about #5. My post has been called both pro-Israel and pro-Palestinian by various people below, which is interesting in its own right. Keep posting what you think and I’ll keep trying to address concerns as best I can.