4 Important Things I Learned From Barbie. 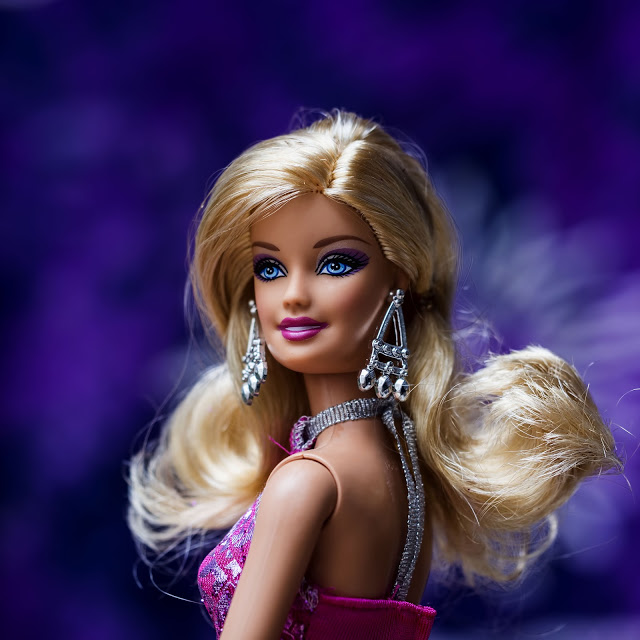 Last week, my five year old asked, seemingly from out-of-the-blue, if she could have a Barbie doll.

This surprised me for a few reasons. First, she attends a Waldorf School. The majority of her friends have no idea who Barbie is. Two, she has a very restricted media diet. Unlike many of her contemporaries who are sporting Barbie t-shirts, princess sneakers and could be walking billboards for various media conglomerates, none of her clothing bears a single commercial graphic image or logo.

Nonetheless, she knows about Barbie and wants a doll. If that’s not surprising enough, then my response to her question may shock some: “Yes, you may have one.”

Looking at myself from a third person point of view, I can see why this may be confusing. First of all, I am a loud and proud feminist. I’m not one of these I-believe-in-equal-rights-but-wouldn’t-call-myself-a-feminist types. Rather, I am someone who proudly calls myself the f-word and feels genuine disbelief when I read or hear accounts of women and men saying they don’t need or believe in feminism.

I am well-aware of the criticisms of Barbie, namely, she does not look like a real woman and promotes an unhealthy, unrealistic body image. I cannot and do not deny the former: No woman on Earth looks like Barbie.

However, I also argue that no child on Earth looks a Cabbage Patch doll, but no one gives them the flack that Barbie receives.

While I believe its ultimately up to every parent to decide which toys they want their children to play with (and I am not out to convert anyone), I will say that for me at least, Barbie was a sort of role model when I was growing up. Below are four things she taught me as a child which I still believe and value today.

Therefore, the next time we hear someone or something take a cheap shot at Barbie, keep the following things in mind that I learned from Barbie:

1. We girls can do anything.

Even her worst enemy has to admit that Barbie has been no lazy-lay about. Over the years she has been a model, a business owner, a doctor, a veterinarian, a member of the armed forces and even President of the United States.

When I was in the second grade and expressed a desire to be a veterinarian, a boy in my class said I was stupid. Only men could be vets. I pointed out that Barbie was a vet so therefore, he was wrong.

While in all fairness others around me told me that girls could grow up to do anything they wanted, Barbie showed me it was possible to have a career and still have a great wardrobe, accessories and friends. It was totally okay to be a serious career woman and still have time for those things.

2. Sisters and friends are just as important if not more so than a boyfriend.

In their 50 plus years together, Barbie and Ken have never tied the knot. While some may say it’s because Ken has cold feet, I like to think it’s because Barbie knows she doesn’t have to be a Mrs. in order to be complete.

As a kid, I knew Ken was Barbie’s boyfriend, but I considered him more like a friend than anything. He was the guy who wore carefully coordinated suits and accompanied Barbie to dances, events, etc. He didn’t even live with her in her Dream House.

Rather, Barbie’s little sister, Skipper, and her various female pals were the ones who mattered most. (Or at least I got the impression as they had far more clothes and appeared in the adverts with her seemingly more than Ken did.)

While I would never dismiss the importance of having a partner, it is important that we have our friends. Barbie exemplifies this—she may have a special man in her life, but she always has time for her sister and friends.

3. It’s important to have your own accomplishments in life.

While Barbie does have a last name (it’s “Roberts” for anyone who wishes to know), I have no idea what her parents do or even what Ken does for a living.

Barbie is a self-made woman. Her house is her house, her Ferrari is her Ferrari, etc. She exemplifies a quote I love by the writer Elizabeth Wurtzel:

Girls who pay their own rent don’t have to be be nice. They don’t have to be mean either—and most likely they will be kind and considerate, because these traits are easier to cultivate when you don’t feel trapped in a relationship for financial need, or indebted to a man who is just some lifeline to [the department store] or even plain old groceries.

4. Girls and women are pretty amazing.

Few are probably aware of this, but back in the 1980s, there was a Barbie Magazine for girls. (My mother got a subscription for me.) While some cynics may think that this was nothing more than an advertisement for the latest line of Mattel products, it really was not. (I know because I found some old issues a decade or so ago when I was cleaning out my mom’s attic.)

One particular standout was a 1984 interview with gymnast Mary Lou Retton, who was the first American woman to ever win gold in the Olympic women’s gymnastic all-around. Like many little girls, I wanted to be Mary Lou. The interview made it clear that Retton didn’t get to where she was by luck or by being “cute” but by lots of hard work and dedication. No one was saying she was “good for a girl.” Rather, she was good-period and she didn’t need to look like Barbie to do it either.

In closing, while the debate over Barbie will probably continue well after my daughter has grown up, I am still hopeful that some of the lessons that Barbie has taught us over the years will not be forgotten.

Yeah, she isn’t perfect. Her odd proportions and body type are unrealistic and arguably downright creepy. And I know that some parents would never buy the doll for their children if it was the last toy on Earth.

However, Barbie does deserve credit for being a pioneer. Also, if this very tall, very blonde, very Caucasian-looking doll could teach a short, shy little Asian girl growing up in the South that she could do anything she wanted to, then I would argue she can’t be that bad.