Bravery: The Living Buddha Within You. ~ Frank Berliner We are honored to exclusively share with you, our dear readers, excerpts from Frank Berliner’s new book, which you can purchase here if so inspired. Frank is a Buddhist and Shambhala teacher and professor at Naropa University, and our original Buddhadharma columnist (going 12 years back!). He is my meditation instructor and life coach, of sorts (I just call him “mentor”…or consiglieri), and his ability to convey simple wisdom about how to be fully human is powerful, dignified and helpful. May it be of benefit! ~ Waylon Lewis

It is only very recently that the mindfulness meditation of the Buddha has begun to enter the mainstream of American life. It remains to be seen whether this will be a long-term phenomenon or a passing fad in our consumer culture. Certainly it is a very positive development. Even this small gesture toward slowing down, paying closer attention to the inner world of thoughts and emotions, and reducing tension can benefit each of us.

But this is only an initial step into the vast landscape of meditative training. The Buddhist tradition out of which the new, American adaptations have come is primordial, challenging, and profound.

It is primordial because human beings have been practicing it for a very long time. Of course the mere fact of this does not automatically confer value. More significant is that this practice has been handed down orally from teacher to student throughout that time in many different cultures around the world. While it is ancient, it is not archaic, and is always fresh and up to date. It is a vibrant, living tradition, based not on creeds or dogma, but on direct personal experience.

It is challenging because the wholehearted willingness to face your heart and mind as a lifelong discipline will inevitably bring you to places within yourself that require bravery to confront, to remain present with, and to befriend. Making friends fully with all the hidden recesses of your heart and mind is certainly the most arduous task—yet at the same time the most precious gift—that you can possibly experience in life. My own teacher referred to it as “the path of the warrior.” By this, he meant the warrior who makes peace through bravery and gentleness, not the warrior who makes war out of cowardice.

Finally, it is profound because it has the potential to give you access to an unimaginably transformative level of awareness, insight, love, and connection with others in your life. In those individuals who have fully embodied the commitment to this practice, the fruits of all this are unmistakable and inspiring. These rare individuals show us what life as a fully human being looks like, feels like, and is. They also remind us that we can do the same, if we have the faith and the exertion to try.

This book is the result of the impact of such a human being on my own life. My spiritual teacher, Chogyam Trungpa, Rinpoche, was a meditation master in the Tibetan Buddhist tradition whose life and work have done so much to plant the complete teachings and practices of Buddhism in the cultural soil of this country. In the pages that follow, I have attempted to communicate some of the essence of what he taught me, to mix it with my personal experience, and perhaps with yours as well.

As it is traditionally and truly said, all benefit that may come from this book is due solely to my teacher, and all faults are my own. May there be benefit!

The Living Buddha Within You

It takes courage to lead an authentic life in this world.

There are so many sidetracks that steal away our resolve and our commitment to do so. Driven to material gain and distracted from what matters, we find ourselves in a world where the wisdom that might guide us toward this genuineness has been ignored and almost lost. What the poet William Wordsworth wrote two hundred years ago is more timely now than ever:

“The world is too much with us, late and soon,
Getting and spending, we lay waste our powers.”

But in our heart of hearts, many of us never give up our longing for wisdom.

Twenty-five hundred years ago, a young aristocrat from a powerful family in northern India resolved to follow this longing’s call. He abandoned the life that had been prepared for him, perceiving it clearly as a gilded cage. He set out to find his own truth. He searched resolutely for his own answer to the perennial existential question that human beings will never stop asking:

In the brief time that I have on this earth, what is most important, and how shall I live in a way that honors it?

In the time that has passed since he lived, what he discovered has influenced and guided countless others. But only in the past fifty years has the map for this discovery been available to us in the West.

That young aristocrat was the Buddha. He wasn’t born with that name. He received it from others who recognized immediately that the genuineness he had discovered was radiating out from his life in every word and every gesture. Quite simply, he was completely awake—which is what the word Buddha means.

The wonderful news is that each of us has the potential to make the same discovery that the Buddha did. The living Buddha within you is the ultimate expression of democracy. Thomas Jefferson wrote about democracy in a way that has inspired millions of people all over the world. He wrote that we are all created equal, and endowed by our Creator with the inalienable rights of life, liberty, and the pursuit of happiness.

The Buddha would have described the matter slightly differently.

Instead of a “Declaration of Independence,” he might have called his discovery a “Proclamation of Wakefulness”. He would have reminded us that this wakefulness is not bestowed by someone else. Instead, it is fundamental to who we are as human beings. Rather than pointing to our inalienable rights, he would have described our deepest inherent qualities, such as bravery, kindness, and wisdom.

But like the oil inside a sesame seed, this wakefulness inside us must be extracted if we are to enjoy it fully.

The living Buddha within you is hidden beneath layers of hope and fear, doubt and distraction, and especially the habit of not paying enough attention to what is happening within you and around you, right now. You must gently but persistently peel away these layers, so that you experience the rich nourishment at your core. No one else can do this for you. Seeking wisdom is like being a diner who is planning a visit to a fine restaurant for the first time. You can read the menu and imagine all the delicious meals you might order, but until you have actually tasted the food, chewed it, and eaten it, you will still be hungry.

Endorsements for Bravery: The Living Buddha Within You.

“Mr. Berliner has given us a personal, compelling, and very accessible account of the practice of meditation and the authentic spiritual journey it unlocks. Beautifully written, with warmth, humor, and clarity, this is a book that will be widely read and treasured by many.”

“In Bravery: The Living Buddha Within You, Frank Berliner has given us one of the most comprehensive and clear-eyed expositions of the teachings of the Buddha by a western Buddhist practitioner and teacher. A long-time student of the renowned Tibetan meditation master, Chogyam Trungpa Rinpoche, Mr. Berliner has drunk deeply from the well not only of his teacher’s encyclopedic presentation of the Buddhadharma but also that of western philosophy, psychology and literature.

This is an both an excellent primer and in-depth study of the core elements of Buddhist psychology and philosophy explained with crystalline clarity for the western student within the context of western thought, classic and modern. It is a must read for serious Buddhist practitioners and it deserves a central place in any Buddhist studies or Buddhist psychology university curriculum.”

—Fleet Maull, author of Dharma in Hell, the Prison Writings of Fleet Maull and the forthcoming Radical Responsibility, is a senior teacher in both the Shambhala Buddhist lineage and the Zen Peacemaker Order and the founder of Prison Mindfulness Institute. 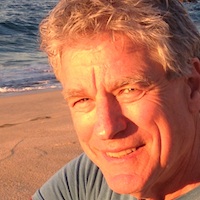 Frank W. Berliner grew up in New York and was educated at Yale, where he received his BA, and Naropa University, where he earned an MA in Transpersonal Counseling. He has stud… Read full bio