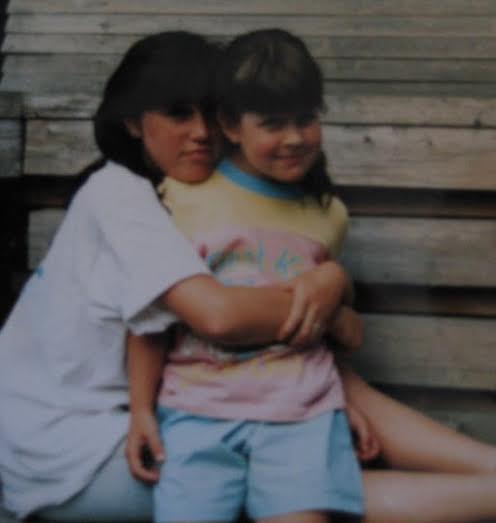 I have a vivid, all senses-engaged, memory of the first few runs I did in the forest after my 25-year-old sister died, tragically, in a hiking accident.

I was 18 going on 19 at the time and prior to her death, I had never actually given much thought, in a very personal way, to the fragility and uncertain nature of life, of being human. Of course, I knew that people died, that great traumas happened, that all sorts of losses occurred for people but that awareness was not an embodied one until Lynn died, just like that, and my worlds—inner and outer—radically changed for good.

Lynn died on March eighth, 2000. After a few months of, what felt like, complete disassociation from regular life, I attempted to reinstate my routines, including daily runs. Despite the heat of the summer, these initial runs found me goose-bumped.

Even though I knew the trails like I knew where in the bathroom I had my toothbrush, I was now lost and afraid.

The sweet smells that I came running in for had a different aroma; like getting a whiff of something that, at first inhale, is enticing but leaves you feeling woozy and nauseated. The songs of wildlife that had once been the concert I would delightedly move my body to now sounded remote, sad and haunting.

Whereas prior to Bereavement, I would run in between the beautiful Hemlocks, Cedars and Maple Leaves with sure-footedness, I was now filled with un-ease—not just about where I was in the woods, but about where in the world I was.

I would run and grieve my former, innocent world view of life being easy.

These runs became a metaphor for a new reality: how life can smell, look, feel, sound and taste so differently after a profound loss; and also a metaphor for how groundless life, at its core, actually is. And I knew my work was around accepting. Because what else could I do?

There are so many, inescapable, events in life that cause grief. And there is goodness in grief. There is growth to be had. After Lynn’s death, I found a path that felt most meaningful to me: dedicating myself to exploring how people respond to the trauma(s) of loss and accompanying grief on their own and in their relationships.

Through my own personal therapy (both formal and informal), being invited to hear friends and family members’ grief narratives and through research and clinical work as a counsellor with folks who were dealing with grief from illness, relationship endings and death, I have travelled deep into these dark realities alone and with others and have found golden nuggets of enlightenment and light that hadn’t been available to me before Lynn’s death and this phase of my journey.

Those who have lost loved ones, I think, experience the preciousness of life and relationships in a different way than those who have not gone through loss.

What’s become the most illuminated in these last 15 years is the existential reality that we are all living in: the dichotomous, weighty truth that we are all together and we are alone.

No one has any power over mortality or the impermanent nature of pretty much everything. We are all seekers—on our individual and shared paths—for softness, warmth, peace; how to make the most of this temporary life and our temporary connections in it.

Another truth that has become more and more solidified, pressed into my heart over time around loss is that we are always losing and what we gain from losses is up to us. It is up to us, as individual agents, how we adapt to, or create, a new normal, a new narrative in which we can dance, sing, find humour and meaning in, love as life throws at us things to attach to that we then, eventually, must let go of.

If I could have Lynn back, I would give so much for that.

I have had to accept the harshness that her death is irreversible. And have been forced into that acceptance but have chosen a path of finding meaning, beauty, joy and immense gratitude in the human experience despite all the inevitable uncertainty, hardship and great losses. The runs through the forest, years later, also now stand for my own strength and resilience and ability to move through it all; through the changes.

Alone. With others. Alone.

Although this piece centered on my own story and was meaningful for my own ongoing processing, I hope readers will be inspired to consider how they have or will create meaning and find new pathways of growth after (inevitable) loss. Loss is one of the givens in life. Sometimes it is a death of a beloved, a breakup of partners, a job ending.

How will you take this given of loss and cultivate meaning, growth, joy and—please (!)—laughter with the ever shifting life you have?

How will you love with all you’ve got, knowing “this too will go”?

Lynn, I’m inspired by you. You were an adventuress. You danced in all the colours. You believed. I will, too. I will honour you. 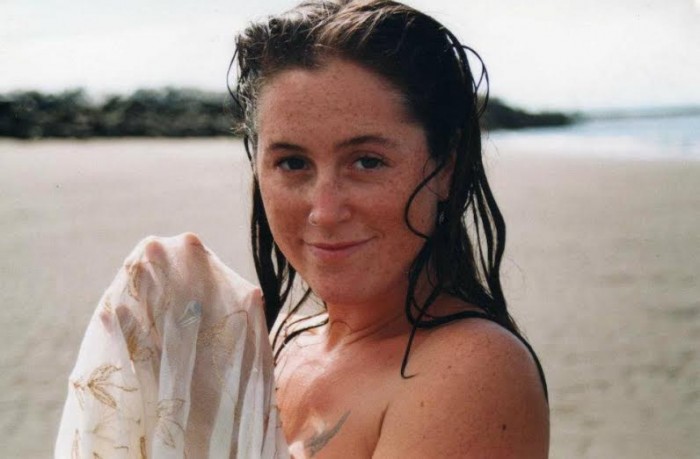 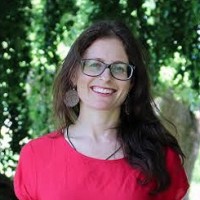