How to Avoid Self-Sabotage in a Relationship. 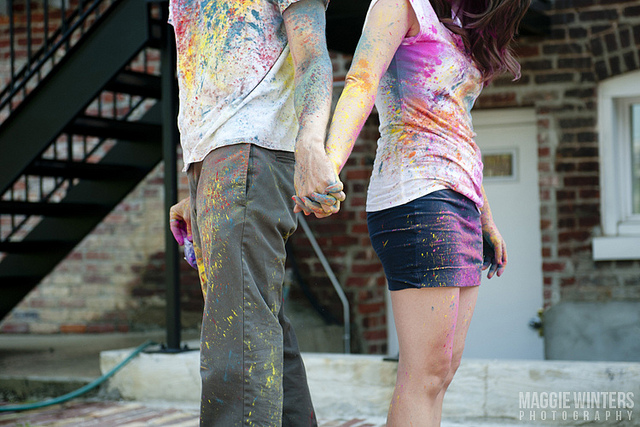 When you first meet her, my friend Elissa comes across as an attractive, ‘got it together’ professional woman in her 30s.

Get closer and you’ll also find she’s warm, generous, and what you might call emotionally intelligent. The woman has her shit in order.

After a long period of internet dating, she was set up by a friend with Chris—‘an awesome bloke’, according to Elissa. Yet three weeks into dating him, she found herself, yet again, ‘acting like a psycho.’

Hot and cold, getting down to sexy business one minute, then fighting a strong desire to punch him in the face the next.

“I couldn’t understand my own behavior. I’d pick a fight over stupid things,” she says.

Everything he did infuriated her. He talked too loudly, was too attentive and kind, and ‘ordered badly at restaurants. ‘She’d look forward to seeing him all day, then find herself ‘acting like an absolute bitch’ when he came to the door.

“Unfortunately, it’s something I seem to do regularly,” she says. “With all new partners I’d find something I didn’t like. The way they dressed, their voice, their mannerisms. It would become huge to the point of physical repulsion and I’d have to walk away.”

If you watch sitcoms or beer ads, you’ll be used to seeing this kind of behaviour written off with a shake of the head, since it’s generally accepted that ‘women are crazy.’ But what if this kind of self-sabotage in new relationships is related to something deeper?

“On the surface, nit-picking and being mean over trivial things like the way someone dresses, seems judgemental and mean,” says psychologist and couple’s therapist Julie Houniet. “But if someone is otherwise rational, yet finds themselves being irritable over things they know to be trivial, there’s something else going on.”

For Elissa, this type of behaviour had been a pattern her whole life. “What amazes and saddens me is how easy it is to detach; I can feel myself curl up in a tight little ball, hiding inside. I see and hear everything but I’m not really present. It was easy not to notice in my 20s, but in my 30s when I saw my friends settling down, I started to see the richness in their relationships and realised I wanted that closeness,” she says. “Then when I met Chris, I’d feel myself acting rude and childish and have no idea why.”

For Houniet, there are many reasons people might sabotage in new relationships—“fear of intimacy, abandonment, even guilt if your parents’ relationship wasn’t a happy one. None of these things are conscious, which is why people are surprised to find themselves acting out.”

But interestingly, it’s often when people enter what could be a good relationships that the urge to self-sabotage arises. Why could this be?

“In a positive way, ‘good’ relationships are more demanding of you because they’re more exposing,” says Houniet. “It can actually be easier to be in a relationship with someone controlling, for example, because they don’t really see ‘you.’ So while it may be unsatisfactory, it’s safe because you’re not fully there, you’re less exposed. But when you’re with someone who is actually letting you be you, not playing games, it’s more confronting—the fear is that you have to be seen. So in order to decrease that intimacy you might try and provoke an argument.”

It’s something to which Elissa can relate. “I’m always telling Chris to fight with me, bag me out a bit. It seems more normal…”

Houniet isn’t surprised. “It can feel better when someone’s sledging you because it’s less intimate. But it’s actually sort of a childish response.”

“Ultimately loving someone is an investment, and it’s risky.”

So, how to break the pattern?

“If you’re compatible and you like the person, recognize the urge to wreck it or nit-pick and don’t trust it. Instead of dismissing it, question where it’s coming from,” says Houniet.

2. Give yourself breathing space

“If you’re committing to breaking the habit, you might want to take a little step back and give yourself more time and space to find out more about what’s going on.” How do you do that when ‘I need more space,’ is so often a euphemism for ‘let’s break up’?

“In the early stages you don’t have to over-explain. You could say something general like ‘I really enjoy spending time with you, but maybe just twice a week instead of every night.’”

“When you give yourself space for things to come up, you often notice obvious links—reasons for your behaviour that you can start to recognize and understand on your own. Or you may find it helpful to go to counselling.”

For Elissa, what helped was counselling and meditation. “I started to see, and feel, how always ending everything came from insecurity. That repulsion was like my body’s response to vulnerability; a massive defense mechanism. In the past I haven’t cared because the minute I dumped whoever it was, I felt huge relief. But even now when I can feel all my behaviour basically telling Chris to ‘f—off,’ I know if he really did I’d be devastated. It’s been incredibly challenging and painful, but Chris has shown such maturity and strength, and ultimately it’s helping me let go of stuff and feel close to him.”