How to Deal with an Emotionally Difficult Relative. 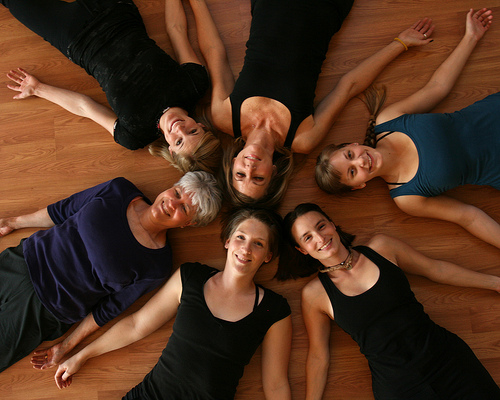 I don’t know about you, but I’ve certainly gotten sick of listening to others whine about their parents.

I recently asked my therapist about this. As a card-carrying, latte-sipping pinko, I book regular meetings to discuss my bleeding heart First World problems—like how to deal with difficult relatives. She usually smiles kindly and says something permissive, which is why I like her.

Difficult relatives are easy to manage when they’re in your extended family; you just avoid them, and then suck it up at Christmas. But if it’s a difficult parent or sibling, there’s a lot more at stake. How can you make fundamental and lasting changes in the relationship, without having to sit down with them to talk about the issues? (Because, let’s face it, that’s awkward, embarrassing and never going to happen.)

Two very different women told me their experiences. For T.J., it was changing her relationship with her mother, a gambler and chronic liar. For Katherine, it was changing how she related to her sister. “My sister’s thing was to test those around her, so she’d post dramatic Facebook messages or call me at work six times a day with fabricated emergencies. I thought, I either cut off this relationship or I have to change it.”

Give up and accept them.

Both women said they had to give up hope of changing their relative. “You’re changing how you relate to them, you’re not changing who they are. Which is difficult, particularly if who they are is not very nice,” says T.J.

Remember that it’s not your job to psychoanalyse them, fix them or change them. Your job is to find a way to stay in relationship with them—hopefully in a way that’s loving and supportive, but failing that, at least in a way that isn’t damaging to you.

T.J remembers numerous occasions where she had to cover for her mother’s financial crimes to employers and police. “I think my mother is simply hard-wired to be vile to those closest to her. But because her behaviour is so extreme, it was obvious that I had to let go of the idea that she was ever going to change. There was a lot of grief, but I gave up hoping for something she just wasn’t capable of.”

Should you tell them?

It depends on the relative. “Frankly, I’d rather bang my head against the wall than sit down and talk about our relationship, and it would be about as effective,” said T.J. “But when I quietly put some boundaries in place, she didn’t even notice.”

Katherine, however, knows what it’s like to have a relationship changed with no warning. “When there’s no dialogue you feel confused and rejected. I wanted to give my sister a chance to understand. They don’t have to agree with you, but at least you’ve planted that seed.”

Boundaries keep the focus on changing your own behaviour, rather than trying to get the other person to change.

“Boundaries aren’t for them, they’re for you,” says T.J. “Every time I spoke to my mother, she’d make jabs about my career, my husband, my weight. I never knew when she’d call and fire off a dart. So I decided I can handle four hours at Christmas and a 10 minute phone call every Monday. If she starts getting insulting, I just tell her I’ll call her the following Monday.”

Katherine’s boundaries were around not rewarding her sister’s behaviour. “My sister would use illness and drama to get attention. So when she trots out those stories I’m not rude, but I just tell her to go see her doctor, and then change the subject.”

There’s no easy way around it—change is uncomfortable. Everyone has a role within a family, and even if you don’t like it, at least it’s familiar and everyone knows where they stand. Expect that changing your role will feel awkward for a while, but just ride it out.

“With a parent it’s tough,” says T.J. “Even if you don’t like them, you’re primed to spot their suffering. When you feel that expectation on the other end of the phone, it’s palpably painful not to rush in to ease it, whether it’s with flattery, agreement or money. Yet if you don’t keep to your boundaries, it’s confusing to them. But even if they’re not aware of it, after a while they learn they can’t get that particular thing from you, and they move on to someone else.”

For Katherine, standing her ground was difficult. “For a while my sister became weirdly formal when we were together. Standing my ground felt like I was a cold-hearted cow, but I knew I had to have the patience to wait out the discomfort or nothing would change. Eventually she came back, and though she still uses medical dramas to get attention from others, she gave up trying that stuff with me.”

Work out what you want from them

“If you don’t offer an alternative, you’re sending the message that you don’t want anything from them except for them to be different. So I suggested a fortnightly movie date instead of the six daily phone calls,” says Katherine. “It’s fun, and I feel like I have my old sister back.”

While it’s not easy to change a relationship, T.J. and Katherine claim unreservedly that it was worth it. “I felt guilty at first because I wasn’t being “the perfect sister.” But the guilt wore off when I started to feel lighter and happier,” said Katherine.

“Put it this way,” says T.J. “If I hadn’t shifted the relationship, there wouldn’t be a relationship to feel guilty about and at least this way I keep my sanity. I can definitely live with that.”

How to heal family karma.