Living in the Space beyond Ego. 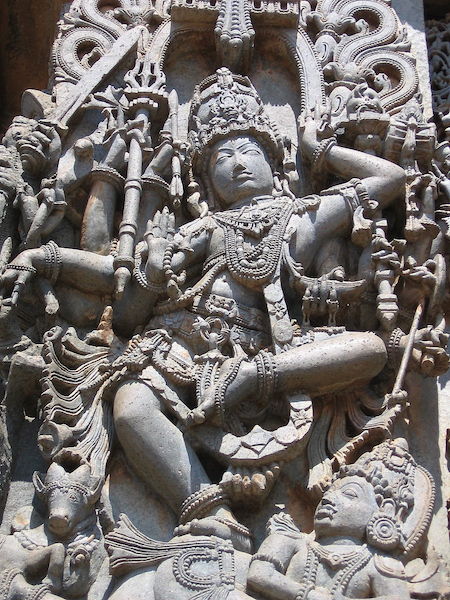 I have come to understand that, in most cases, some sort of rebirth must follow death. Now, I know it sounds strange but after some powerful yogic practices I experienced my own death, or rather the death of my ego.

As traumatic and difficult as it may have been to detach from my former sense of identity it was most of all a big relief. I was now free from my own judgment, and thus free from believing I had to be something other than the pure energy that I realized I was.

At first it was strange, having to readapt and accept that, although I might not be so aware of whom I seem to be, others still perceived me as a functioning human being and expected me to act accordingly. It took some getting used to but as I travelled around India, meeting open-minded and warm-hearted truth seekers, it was no struggle for me to simply be, unbounded by old ideas of how I ought to behave.

My spirit soared free, untroubled by the restraints of the body and the narrow mind. I, in the sense of a specific person with a distinct identity, was on the loose and nowhere to be found. I had spread out, enjoying the pleasure of freedom as much as I could, considering I still had a live and healthy body to return to at the end of a long day.

All along I was ignoring the dreaded voice reminding me of my humanity, of me truly belonging in my body in this earthly life. How would I ever choose to settle back into the very mind and body that kept me prisoner for so many years, that made me believe it was all I had and all I was, the body that could feel pain and that was judged by others along with the mind that judged both itself and others?

Instead I fought hard to stay away. I would cry in the end of meditation only because I resisted going back into my body after having merged with the soul of the world. But something always drew me back. It was inevitable to go back. And so I figured there had to be some reason for my body, some reason for me to be thrown back into it no matter how convinced I was that I had learned all I needed to learn in order to leave this life in peace.

Confused, I consulted my very cherished yoga teacher at the time who told me to treasure the little things, appreciate the breeze touching my skin, the taste of good food as it touches my tongue, the sound of birds singing, the ability to see the horizon stretch along my field of vision.

And so, in hindsight, it is perhaps no surprise that I eventually collapsed upon returning to my hometown in Sweden. Suddenly people did not just expect me to be a person, but a very precise one. Still convinced that I would not let anything or anyone recapture me into my old self, I struggled to maintain my sense of centeredness in the universe, almost forgetting the purpose of wearing this body and the estranged face that came with it.

What I didn’t realize was that, since I had gladly buried away my old and ever so clingy ego without burying the whole of me, I was living in no-man’s-land. I was a drifting soul refusing to re-identify with itself materially, hindering the embodiment of the wisdom that it had gained access to along its travels.

The mind had grasped it but the body was still being deprived from its own possibilities. In fact, the body was feeling quite left out and made it clear to me that it needed my attention. After an injury in the neck, the part of the body that just happens to be connecting the mind and the body, I have now been forced to lie still for quite some time, which as you can imagine has led to a fair share of contemplation.

It slowly became evident to me that after having metaphysically died that one time in India, I never really made the choice to live again. It seemed unlike me to not want to live, but I actually found myself wishing that my bodily life would soon come to an end as well. Even as I am writing it is hard to remember and cherish the joys of earthly life compared to the peacefulness of escaping the self. I didn’t foresee that I would have a choice in the matter and I especially did not predict it being so hard. Yet, here I am, faced with the epic question, “To be or not to be?” and I seem unable to make up my mind.

But then I receive a flash from the future, a mild hissing from a distant breeze, that I have tasks yet to be undertaken, that I have love yet to be shared and wisdom yet to be unfolded. I see that this body, no matter how ungratefully treated in the past, wants to live on in order to carry through all that it was meant to.

Life does not frighten me and however much pain I will come to suffer through this body and this mind, I will not escape. I will not give up. And because my old ego stands in the way of nothing I will live this life to the fullest, with no restraints and restrictions, as long as my body allows it. I will remain in touch with the world of no limits while never losing sight of who I am in the world of limits.

I will continue believing in miracles by being the one miracle that was given to me, my body. I will feel all the feelings that might arise in it fully, always knowing that there is a space beyond it, a sanctuary where these feelings can drizzle out and help me heal. I choose this life. I choose this body. I am willing.

I hereby declare myself reborn.