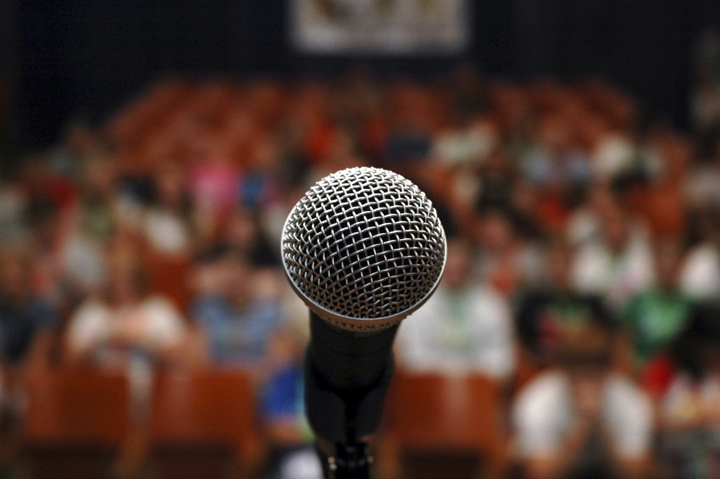 Every school year, students had to present a speech in front of the class.

I dreaded that day like no other. Just thinking about it put my guts through the spin cycle. Standing in front of all those judging eyeballs, fumbling with cue cards, hearing my voice crack under pressure. Such haunting images.

For me, no fate was worse than public speaking, not even death. I would rather have stood silently in front of a firing squad than have to talk in front of people.

Once speech day was announced, anxious thoughts poured into my head.

It became impossible to focus on anything else. Math homework? Not a chance. Playing with friends? No time for fun. I grew obsessed with writing, memorizing, and performing the presentation—nothing else entered my mind.

With each passing day my heart rate increased. Sleep, food, and fantasy were forgotten pleasures. I tossed and turned every night, imagination held hostage by a day that had yet to arrive.

Grade six, 1991. On the morning of speech day, I awoke to a huge zit on the tip of my nose. This thing was unstoppable. No amount of squeezing, scrubbing, or polishing could slay the beast. Through some primitive intelligence, it defended itself by glowing fiery red.

When I got to school I sat quietly at my desk, paralyzed with fear. ‘Speech Day!’ was written on the chalkboard in bubble letters. I wanted to throw up just looking at it.

Rings of sweat spread under my arms as everyone took their seats.

Our teacher, Miss Morrison, wasted no time getting started. One by one, we were plucked and thrown into a five minute hell. I watched in horror as fellow students were singled out and embarrassed in front of a live audience.

This wasn’t education, this was a bully’s buffet. A lame subject or critical mistake could result in a year of torture at the hands of the cool kids.

Panic struck me as I looked down at the cue cards. Title: “My Two Kitty Cats”. I’d written a speech about how cute my cats were? My God, what was I thinking? The bullies were going to eat me alive.

This panic grew tenfold when I heard the most bone-chilling words: “Michael, your turn.” Miss Morrison’s eyes weaved through a sea of heads to find me; there was no escaping her gaze.

Silence fell upon the room as I stood up. The 20-foot journey to the front of the class seemed like a mile. I could feel the red beast throbbing on my nose, the cue cards wilting in my sweaty palm. No one on earth was more scared than me. I’d have paid a year’s allowance for the fire bell to ring—anything to stave off the discomfort.

But something incredible happened when I turn to face the class. Something that to this day remains a mystery…

I zoned out completely.

My physical body performed the speech while my mind drifted away. All the students became blurry, my limbs went numb, and my voice sounded distant, as though it came from another room. It felt like a strange out of body experience in which memory took over (after all, I’d recited the speech at least a thousand times).

Did fear put me on autopilot? Was I so anxious that my mind broke free? I don’t know. What I do know is that it was over in a flash; when I returned to my desk the other kids clapped and smiled and the teacher said, “Very well done, Michael!”

Relief. Glorious relief. Finally I could breathe again. My mind returned to me fresher than ever, a clean slate, without a single negative thought bouncing around. The world was suddenly bright, beautiful.

That night I slept like a baby, food regained its taste, and boyhood fantasies were back on deck. With the worst part of the school year over with, life was good again…for now.

A week later our teacher made an unexpected announcement: “I have great news, class.” Sweet. It sounded like pizza day or a field trip was on the horizon—just what I needed. “The best speech from each grade will be presented in front of the next school assembly.”

I froze when her eyes locked onto mine.

“Soooo…let’s all congratulate Michael, who will represent our class next month!”

As my stomach churned in protest, a familiar pulse galloped through my veins. Anxiety was back to haunt me for another 30 days

What I failed to realize after speech day was that none of my grim visions came true. The teacher awarded me with a perfect mark. The other kids loved what I had to say.

No one cared that I almost crapped my pants, or that a zit the size of Texas formed on my nose overnight—hell, they were probably too blinded by their own worry to notice.

All the anguish was for nothing.

Many years later, I learned that anxiety is a waking nightmare of the future. When my mind foresees a dreadful event, my body reacts as though the event is real, and happening right now. Entertaining this false reality clouds the present moment, creating tremendous stress, both mental and physical.

To regain presence is to realize I’m in a dream of thought and that the future exists only as a projection in my mind. 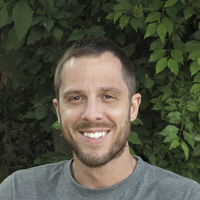