Un-becoming: A Love Letter to the City I’m Leaving. 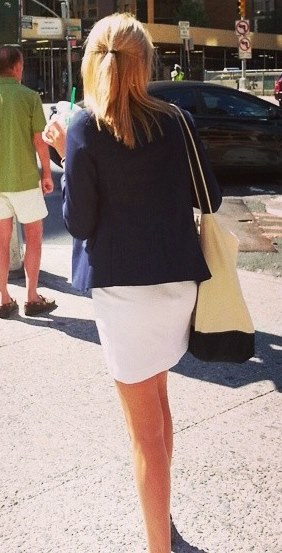 Tonight is my last as a resident of North Carolina.

I moved down here about 14 months ago to be with a man.

It’s a bit of a long story, and I won’t bore you with the minutiae (although often, the lessons and the beauty, and the breakdowns, are found not even in the minutiae, but in the cracks between).

14 months seems like it has been a week, and a decade. I never intended to move to this city. My reasons for doing so were not good: I was desperate, and lost, struggling with my life, and in a bad relationship. My self-esteem was in the toilet. But I had nowhere else to go. Do you know that phrase by Elizabeth Gilbert (that I’m about to butcher), that the only thing harder than leaving was staying?

Staying was to stagnate.

Leaving, although the circumstances sucked, was to break free of the pattern that I had been living for too many years. Professional student. Parties. New Jersey, New York. Dating and playing with the usual boys. The beach. Local bars. Teaching yoga, taking classes. Sleeping in. Pretty carefree and care-less, in a way that is cute at 22, maybe bohemian at 25, and starts to look depressing by 28 or 29.

Am I ever going to grow up? Ever commit to a career? A man? A place to live? A fucking hair color?

And so I left. I knew that whatever happened, relationship or not, job or not, success or not, that I had to take the jump, I had to try. There was even a song that I attached my entire life meaning (at the moment) to: Wagon Wheel by Old Crow Medicine Show. Especially the line,

“And if I die in Raleigh, at least I will die free.”

Well, I went to Raleigh. And I didn’t die (well, almost).

The relationship I moved down here to stay in was the type of love that suffocates. That, as time moves on, makes you feel smaller and smaller. Makes your opinions and thoughts feel like they mean less and less. You get beaten down and broken up by words, or the lack of them.

Emotional abuse, manipulation, power and domination leave you feeling drained, worthless, and, well, crazy—maybe you really are as stupid, lazy, worthless, and undesirable as they say you are. Who are you to leave? Seriously. You’d be nowhere without them.

And I didn’t. For a long time.

I fought to stay afloat. I controlled everything. I was the best at my job. I worked out as much as I could before I would collapse. I carefully planned every bite that went into my mouth, and meticulously counted the 25-50 laxatives I took every evening. I had perfect hair, and a perfect face, and I waxed and polished and presented a beautiful front to the world. I talked about how yoga had made me love myself, and that if you didn’t love yourself, you would never truly be happy.

Because, maybe if I talked about how much I loved myself, no one would see that on the inside, I was a seething mass of anger, self-loathing and bipolarity.

No person, particularly no yoga person, would ever cop to that kind of shit. It wasn’t normal. I was seriously fucked up, and no one else was, and no one was going to see it, because, shame.

Even if it killed me.

I held it together with duct tape, a $12,000 smile, and the tightly wound control of someone who knows their sanity is holding on by a very, very fine thread.

And then, I broke.

And in breaking, finally, I was free.

I un-became. It was like I came apart at the belly button, and everything just spilled out, like I had unzipped a Kristin skin suit. I was left with the bare basics—the things that were essentially me. Good, bad, and ugly (none of that matters, at the bare basics, FYI. It’s all just me, and you, and us).

I stared at them. I got cozy with them. I talked to them, and we (you know, the we inside) discovered why they had become.

And by learning why, I decided what was staying, and the things that it was time to let go of.

And by un-becoming everything that I’ve been clinging to for 27 years, I got to become the things I always hoped would be there, if I could ever let go of the shit.

If we could un-become all of the things that our lives have made us become—to protect us, to shield us, to get us through—what would we get rid of? Would we be as cynical? As guarded? As scared?

I un-became angry. I found patience, and acceptance. I un-became scared, and I found courage. I saw my body, and it un-became an enemy. Over time, it became my home. My feelings un-became stuffed down and tightly contained. I am still working on letting them become free—of letting my tears become.

I un-became ashamed of my Self, of letting my Self be seen. To do this, I became humble. I realized that everything that I am—the beautiful, the flawed, the loved, the loathed, the teacher, the student, the lover, the friend—flows through me, from the universe, and not from me. In becoming that, I un-became an Ego that feels shame (well, except for on occasion. I am a human), because the universe is beautiful, and balanced, and purposeful. Most of all, the universe, is all of us, and you are beautiful—and so must we all be. I un-became controlled, and I let myself begin to become open.

And so I un-became a mask of myself. I let myself be seen.

I found love (in a hopeless place).

From the beginning, we (without knowing it, at first) un-became most of our old romantic roles by declaring our relationship a “judgement free zone.”

And we became lovers.

I took a giant leap, and un-became my job. Partly because I was constantly degraded and harassed. And other things that we don’t need to get into (minutiae).

I un-became someone that has forced life into happy. Because it must be.

In un-becoming, I was finally allowed to become.

It was scary. I almost didn’t make it. It was long, and it was dark, and it was the hardest fucking thing I’ve ever done.

But I made it.

I became. Someone that is hopeful. That allows herself to be loved. Someone that accepts people, and all of their quirks and quarks and right angles (and wrong ones). That is curious, for the sake of curiosity. That celebrates life, because life is a juicy peach and I love peaches, and not because every day the peach gets closer to spoiling.

I am leaving you. Thank you for breaking me. For making me un-become.

Thank you, so much, for setting me free. 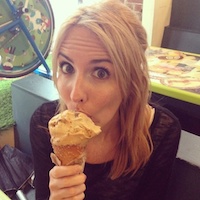