Yamas & the Earth: How Yoga Can Save the Environment. ~ Patty Williamson 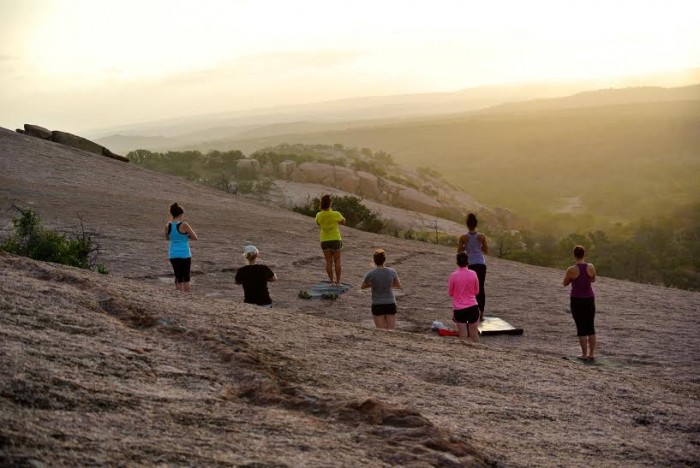 As yoga’s popularity continues to rise, we see a barrage of informative articles about the benefits of practice.

We know how yoga postures can strengthen and lengthen the muscles of  the body, cure anxiety and depression, enhance our immune systems and bring lasting peace.

But yoga is a discipline that dates back literally thousands of years, and physical practice is only one small part of the package.

I have found through my own daily journey how yoga can affect far more than just my body, mind and spirit; it affects the world around me just as profoundly. Can yoga save the environment? Absolutely. Yoga involves rules for living, a code of ethics if you will. And they all have a positive effect on the Earth.

Yoga is actually an eight-limbed path of which each of the postures are only one limb. The first limb is known as the yamas. I like to think of the yamas as the “don’ts” list, (don’t harm, don’t lie, etc.). We are taught to live by the yamas both on and off of our yoga mats.

The first yama is ahimsa, which means non-harming or nonviolence.

This goes a little deeper than “Thou shalt not kill.” It means we should do no harm of any kind, whether physical, mental or spiritual to any living being. No exceptions. The implications for the environment are pretty obvious on this one. No clear-cutting of forests, unnecessary slaughter of animals or disruption of the natural life cycle of our surroundings. No destruction of the fragile ecosystems of the rainforests or oceans. No use of harmful chemicals. Harm of any kind to any thing is discouraged by ahimsa. This yama encourages wholesale compassion, love and respect for all life.

Satya, the second yama, translates as truthfulness or honesty and includes actions and thoughts as well as speech.

In other words, we must be honest with ourselves as well as others. Satya builds on ahimsa. When we buy coffee that is not fair trade certified, we have to be honest with ourselves and admit that it may be causing harm to poor farmers halfway around the world. We have to own up to the fact that we don’t really need to drive the three blocks to the coffee shop, we could easily walk or ride our bicycles and not contribute to air pollution. Satya means living true to our beliefs. If our belief is that the world is in dire straits right now, then satya means not making it worse.

Asteya is the third yama and addresses non-stealing.

It is often taught, “Do not take anything that is not already yours or that was not given to you.” Since yoga encompasses all beings, this has pretty far-reaching effects. We are constantly stealing precious resources, stealing habitats and food sources from other species, stealing from future generations. In doing so we are ignoring the first two yamas. Every time we build a factory in an important nesting ground for birds, we are stealing their space. Every time we feed five pounds of soybeans to a cow (in order to produce one pound of beef) instead of feeding the soybeans to ten starving people, we are stealing food from their mouths and ultimately taking their lives. In doing so we ignore truthfulness and non-harming.

It calls for moderation, restraint, and continence. Originally this meant celibacy to the ascetics, but to today’s lay person it simply means limiting casual indulgences. This is to be practiced on all physical levels. We are to control all cravings that come from the senses. Brahmacharya cautions us against excess. We are taught not to overeat, not to over-consume, not to overindulge in gratuitous sexual encounters. If we, as a first-world nation, were to stop over-consuming and overindulging, think of how much better off the environment would be. Farmers would not be forced to use drastic measures such as growing genetically modified foods, ranchers could stop pumping their cattle full of growth hormones, and we could actually share some of our abundant food with other nations. Brahmacharya on the sexual front—not abstaining but only having sex in meaningful relationships—could help control our ever-rising population, thus takingthe strain off already over-taxed resources.

Aparigraha asks us to not be greedy or possessive.

Greed is usually the cause for our overindulgence. If we concerned ourselves with only satisfying our needs rather than our wants, we might be driving fuel-efficient cars or scooters rather than high-status gas-guzzling SUVs. We might be able to allow other nations to grow their own heirloom crops that are suited to their climate and that can be perpetuated from season to season. Instead we lure them into growing what we want them to grow—and having to buy the seeds to do so from big American corporations because the seeds can’t be held over between crops.

The five yamas build upon each other to bring about balance and equilibrium in our environment. We are greedy, so we overindulge.

We have to steal from the environment to satisfy our overindulgence, and we are dishonest about the harm we are causing.

Wouldn’t it be better to practice non-greed, which would lead us to moderation in our consumption, preventing us from stealing precious resources? We wouldn’t have to lie about not doing any harm.

None of us can be perfect or expect to do no harm in our lifetimes, but if we let the yamas guide our actions, and do the very best we can in any situation, we can come close.

One of the main realizations of yoga practice is our interconnectedness. We realize that we really are part of a larger whole. It is often described as being like a huge net, with each of us being a separate knot but ultimately connected to every other knot in the net by the thread.

To decimate a particular insect population interrupts the entire ecosystem and affects every other organism in that system. Yoga teaches us that whatever we do to another—or to the environment—we do to ourselves. To render a species extinct is to ultimately bring about our own extinction. To poison a waterway is to ultimately poison ourselves.

Yoga also teaches mindfulness, awareness. The more aware we are of our surroundings and our impact on them, the more able we are to observe the yamas.

Sometimes we simply speed through our days, oblivious to where we really are and what is happening around us. To be aware, really aware, is to know that everything we do has an effect, whether good or bad. Mindfulness helps us choose the right actions to minimize any negative impact.

The practice is more than doing backbends or standing on our heads. It’s about bringing unity and balance to our lives and ultimately the world. It’s about a true union with our surroundings, and respect for the greater forces at work. It’s about not taking more than we need, and using what we do take in an appropriate manner.

It’s about not leaving a wake of destruction behind us.

And it’s about leaving something beautiful behind for future generations. 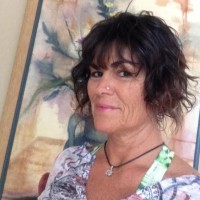